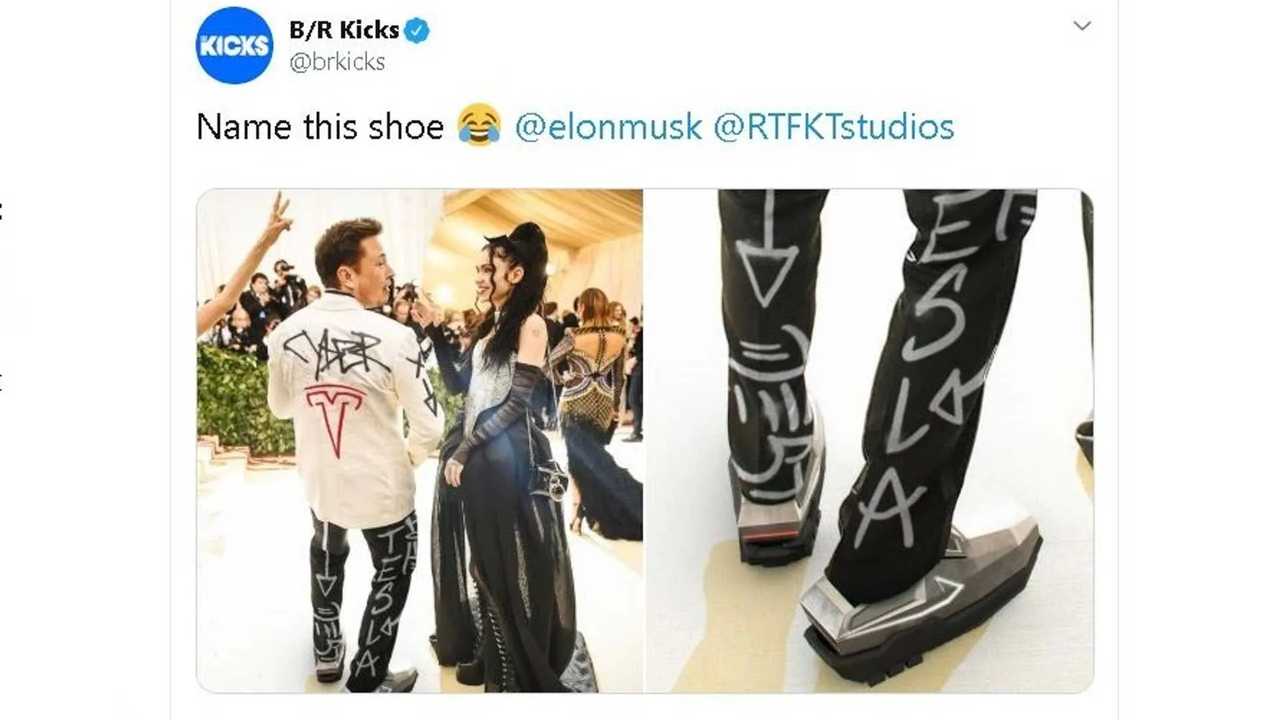 Perhaps Musk needs to get his other limbs involved? By that, we mean the potential for a sustainable footwear company.

Update: It's come to our attention (thank you, dear reader) that the outfit in the above image was heavily altered from the original, which was originally featured in Vanity Fair. So, the Tesla branding appearing on Musk's jacket and pants in the image above never really existed. The awesome Cybertruck-themed shoes? Also not real. In the immortal words of Seinfeld's Elaine Benes, "Fake, fake, fake, fake."

While this does not necessarily take away from the main point of this post, we thought we should share this extra context.

It may be a stretch to think that Tesla and SpaceX CEO Elon Musk would dive into the shoe biz. However, he's no stranger to new ideas and new companies. In addition, Musk is known to ponder, propose, and follow through with crazy ideas. Think, Tesla Cybertruck and The Boring Company. Heck, even the idea of Tesla itself, along with the whole solar roof and Full Self-Driving concepts are still super-weird to many people.

Elon's Custom Tesla Kicks: How To Buy Your Own Pair Today

Tesla's Elon Musk Must Fail To Win: It's A Critical Part Of The Process
⠀

UPDATE: This Third Row Podcast Featuring Tesla's Elon Musk Is A Must Watch

While it's probably not going to happen, we wouldn't be the least bit surprised if Musk invested in a company that makes custom, sustainable shoes. For instance, couldn't the shoes be produced from recycled Tesla tires? Even better, what about salvaged materials from Teslas? Added to this, Tesla as a brand is a big deal in the celebrity world. Not to mention the fact the Musk is known to give to charity. Let's ask Musk to make custom, sustainable, branded shoes and give the proceeds to charity.

It turns out, shoes are a really big deal in celebrity culture, and some celebrities are likely to buy into something like this, especially if it's sustainable and charitable. In fact, Bleacher Report – a popular website that covers sports and sports-related culture – has social media accounts on Instagram, Twitter, and Facebook that all focus on sneaker style and culture. Major stars like LeBron James, Kevin Durant, and Justin Timberlake actually follow the Instagram account, which has some 1.5 million followers.

At any rate, let us know what you think. In the meantime, take a closer look at Musk's crazy outfit and those interesting Tesla Cybertruck shoes.