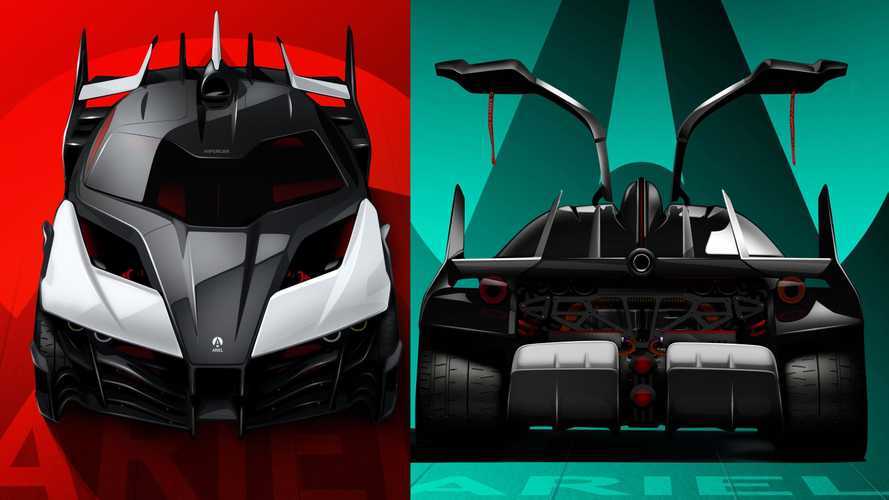 It was initially shown in 2017 in bare chassis form, but 2020 might see it fully revealed.

U.K.-based Ariel is a sports car builder best known for the Atom, a model that redefines most people’s understanding of lightweight construction. After launching the off-road-ready Nomad and the Ace motorbike, the manufacturer has even bigger plans in store.

It intends to launch an electric hypercar (which it simply calls Ariel Hipercar) with up to 1,180 horsepower (295 horsepower per motor) and 1,330 pound-feet of torque. What makes this project even more interesting is it relies on a gas turbine to make electricity, which in turn sends it to the four motors (one for each wheel) passing it through a lithium-ion battery pack.

With that kind of power, it will reportedly hit sixty from standstill in 2.4 seconds, and if that’s too extreme, Ariel will also offer a two-motor rear-wheel drive-only version with 590 horsepower and 665 pound-feet of torque.

The low-volume manufacturer initially revealed the Hipercar as a bare shell at the 2017 Low Carbon Vehicle Show held in Millbrook, in the U.K. and back then it announced the vehicle would be ready by 2019. Now, the new date is set for sometime before this year’s edition of the same venue, set to take place on September 9, according to Autoblog.

As part of the initial 2017 press pack, Ariel also showed off a couple of design sketches of the body it planned to clad the chassis in, but according to the source, the finished car will be slightly different. The car the sketches previewed was about as exciting as cars get, so to say we’re eager to see the finished product is an understatement.