UPDATE: Is This Tesla Model X On Slick Tires? Not Exactly... 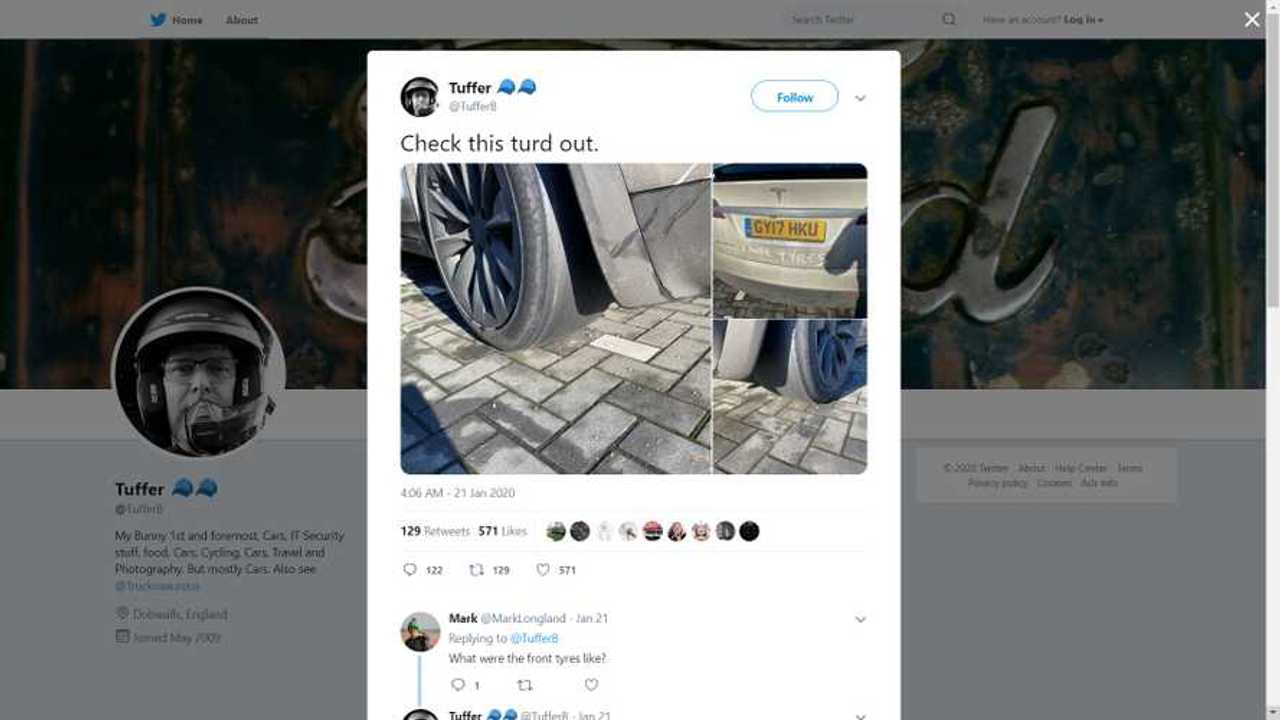 This Twitter user got really mad to see not all EV drivers take good care of their cars.

We know how fast a Tesla can be. We are eagerly waiting for the second-generation Roadster and for the official lap time of the Model S Plaid. We also like to think that all Tesla owners are careful with their vehicles, but the Twitter user Tuffer gave us a reality shock with these pictures he recently shared. Have a look.

Gallery: Make No Mistake: This Tesla Model X Is Not On Slick Tires

The photographed car was parked in Bristol, UK, more precisely at the Southmead Hospital. The car owner certainly did not put their best foot forward with Tuffer, who is not shy of expressing what he thinks of someone that drives a car like this.

UPDATE: The article stated the Model X was parked at the Somerhead Hospital, but Alistair Mitchell kindly warned us about the mistake. The right name for the hospital is Southmead. The text is now corrected.

UPDATE: Watch This Guy Repeatedly Slash The Tire Of A Parked Tesla: But Why?

Our first impression when we saw the images was that the electric SUV had slick tires, which is surprising considering they are not road legal. Checking the pictures with more attention, it is clear they are the regular ones with a nasty wear case. Which is also illegal, by the way.

As some comments highlight, you can see the tire cords appearing in one of the pictures. That makes the car prone to a severe problem on the tires themselves and also concerning driving issues, such as aquaplaning. That is probably why Tuffer warned the Avon and Somerset Police Department about the car.

The way it is, the Model X poses risks not only to its occupants but also to anyone that happens to share the road with it. If the car got to this point without hitting a race track, that is something else against the driver, who might be abusing the power the EV has on public roads.

If you happen to know the owner, advise them to get new tires as soon as possible. Getting a ticket and a cop reprimand are the least damages they may end up with if they keep using the car like this.

With the shocking view of how bad these tires are, have a look at the ones in your car. Otherwise, you may also give Tuffer and other social media users more material for dismay and scolding.