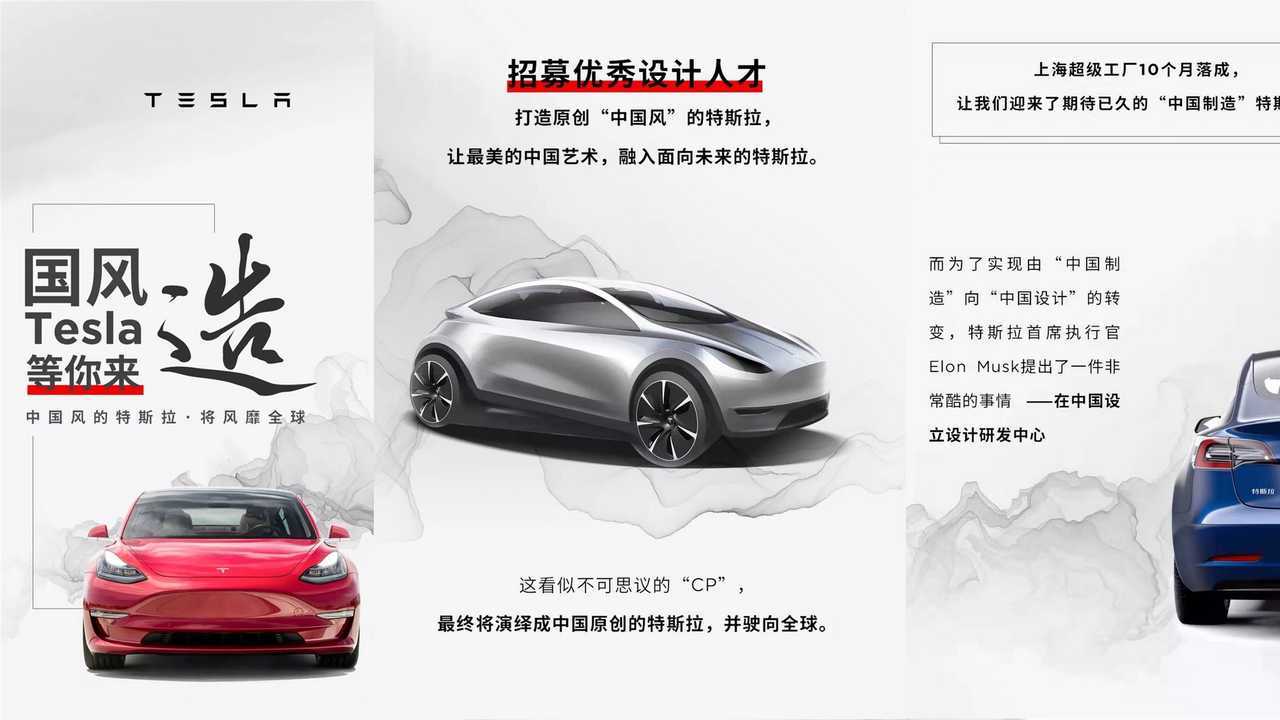 At least this is what the company used to invite Chinese designers to get in touch.

You must have heard that Tesla considers opening a Design Center in China, right? If you haven’t, you missed a great article – here it is. This new one shows just how serious the company is about that idea. It created an online recruiting poster asking Chinese designers and no-designers to submit their ideas for a Chinese-conceived Tesla until February 1, 2020. Apart from that, it shows what this vehicle could look like. What do you think about it?

Gallery: Will The First Chinese-Styled Tesla Be a Hatchback?

It is obviously just a rendering to kick off Chinese ideas for a Tesla. If the company already knew what their Chinese-designed car which style the vehicle will have, it obviously would not be asking people for creative concepts about it. What intrigues us is that this is a hatchback, very similar to the Honda Civic hatchback sold in Europe between 2005 and 2016. At least its rear end seems to be identical.

The Chinese market is so big it can sell almost any type of vehicle. The problem is that it loves sedans and SUVs. A hatchback would probably not do that well there. Anyway, hatchbacks are prevalent in most parts of the world because they are practical and, in most cases, also more affordable. Besides, it is one of the only car bodies Tesla has never even made a proposition about. The company never suggested producing minivans as well.

A Chinese-designed vehicle would not necessarily have to be sold in China. It could be an exports-focused product, made to showcase Chinese talent in design to other markets. Besides making Tesla a lot of money, it would also generate Tesla a lot of goodwill from the Chinese government. Oops…

Tesla could also bet on a vehicle that would be so popular in China it would not have to sell it anywhere else. Anyway, it would have to be something truly unique: as a sedan, the Model 3 is already exceeding the expected demand for the Gigafactory 3. The Model Y, with its promised revolutionary manufacturing, is very likely to repeat this success.

Whatever the Chinese-conceived Tesla looks like, we can’t wait to see it. Especially if the plans to sell it include international markets and if the concept does not come from a designer, but as a regular customer's suggestion. Tesla wants everyone to give their ideas. We hope it selects an exceptional one.