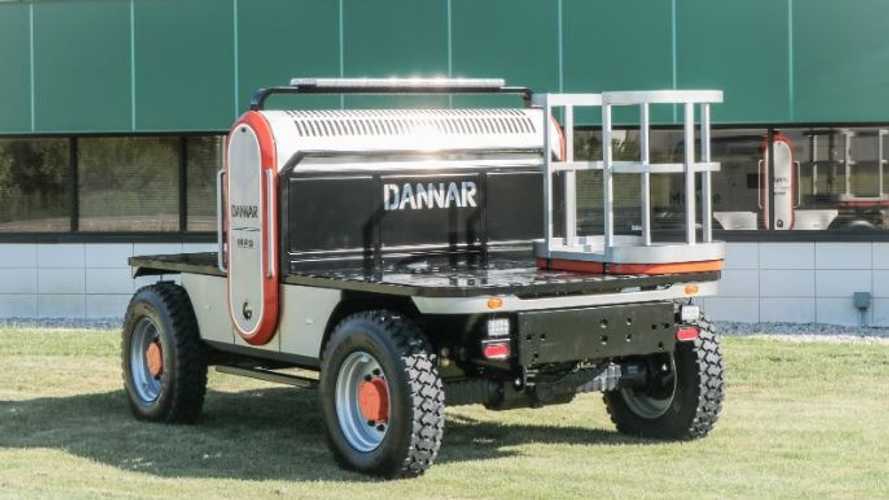 The concept and technology is present and exciting. Now, we just need adoption to set in.

After ten years of availability of EVs for the consumer car market, we’re starting to see some automotive manufacturers achieving impressive take rates. We’re also seeing consumer acceptance that’s demonstrated by a surprisingly high number of consumers who say that their next purchase will be an EV.

For instance, BMW has sold over 500,000 electrified vehicles, which is pushing numbers to 5% of their volume, and Jaguar’s I-Pace is garnering 12% of Jaguar sales worldwide. Volvo is reporting that nearly 7% of its auto sales in 2019 were electrified models.

Off-road electric heavy-duty equipment is just getting its start. The challenges of selling this type of equipment are an uphill battle because the user base is a diesel-centric crowd and many can’t imagine a world without diesel. It’s what they’ve always used and it’s what they know. But as getting diesel delivered to job sites gets harder, alternatives are going to have be investigated. Beyond that, some states and local regulations are going to make using diesel increasingly difficult.

I recently reported on Dannar and its electric heavy-duty modular platform. Its product can be easily modified to do any number of jobs simply by attaching parts readily available on the market. It’s a fascinating piece of machinery and there’s no doubt that we’ll be seeing these, along with products from Cat, John Deere etc., showing up on worksites in the coming years. But the question remains, how will adoption of this equipment take place?

For states that haven’t adopted California’s regulations, adoption will come about as diesel prices rise and costs drop on battery-powered equipment. Combining operational savings with significantly higher uptime due to requiring far less service, heavy-duty equipment operators such as municipalities and construction companies will make the switch purely for economic reasons.

What barriers still exist and when will the scales tip? To find out, I spent a little time with the folks from Dannar during a demonstration at a Caltrans training facility north of Sacramento. Caltrans employees from nearby districts came in to see and hear what Dannar had to say about the future of ZEV heavy-duty equipment.

When asked, many Caltrans employees acknowledged that electric is the future. What’s interesting is how different generations view this change. For instance, those with ten or so years until retirement tend to look at this as something that they’ll see a little of, but likely something with which they won’t have much interaction. And, if they do, it won’t be for long.

The younger set sees electrified equipment as something that they will have to use. And, their attitudes, despite living in a diesel world, are surprisingly open.

One reason that there’s a difference in opinion based on age is that younger employees are more likely to have friends who already drive electric cars. They may even own one themselves and they’ve seen how successful EVs are first-hand. The older folks tend not to have much experience with lithium-ion devices beyond hand tools and cellphones. And that tends to color perceptions.

There were some surprises that didn’t involve age. Mudslides and rockslides, along with slip outs (undermining of roads) are situations loaded with risk. When responding to these incidents with traditional diesel machinery, beyond the equipment operator, there need to be at least three other people watching for additional falling debris or road collapse. The Dannar 4.00, with its military-grade encrypted remote control, can be remotely operated at a distance of up to a mile. That substantially reduces risk and reduces the manpower required when responding to these incidents.

Another area where remote control can substantially reduce risk is the cleanup of homeless camps. These camps are frequently littered with biohazards such as human feces, needles from drug use, and other potential risks to the operator of the equipment used to clean them up. Beyond these examples, there are bound to be other situations where remote control of equipment will reduce risk. So as situations with risk are identified, the use of ZEV remote-controlled equipment will be justified.

Electric on-road heavy-duty transportation is a segment that has established a foothold in the form of electric and hybrid-electric buses. With a number of manufacturers already producing electric buses, we’re beginning to see a rise in usage. But new electric buses are still very expensive and that slows adoption.

BAE Systems has an interesting way to help cities electrify fleets by taking an incremental approach to electrification by incorporating diesel-electric hybrid systems to reduce diesel usage and air pollution. The twist here is that their systems use GPS to determine what’s powering the bus.

San Francisco, for instance, has established Green Zones. These areas are determined by ground-level pollution levels measured by the EPA and household income from the US Census. It should come as no surprise that lower-income areas frequently suffer from much higher than average air pollution levels.

As buses equipped with BAE’s systems, known as an Integrated Vehicle Propulsion System, approach a Green Zone, the diesel engine shuts down so the bus can use energy stored in the battery to drive through the defined area. Once the bus exits the area, the diesel engine starts back and, through normal driving, replenishes the hybrid battery for the next Green Zone.

San Francisco is far ahead of many municipalities in this regard. But with a state-wide mandate for zero emissions by 2040 for transit buses, this system allows the city to make incremental moves. And with buses, a lifespan of about 15 years means that a bus with this unique hybrid system going into service today will likely be replaced with a full-electric zero-emission bus in 2035. Andy by then, the cost of acquisition will be much lower.

Where are we now with ZEV heavy-duty equipment?

Clearly, the automotive market has a substantial lead when it comes to adoption. Within the next couple of years there are a number of automotive manufacturers that are predicting 20-50% of their sales will be comprised of electrified vehicles. And it’s clear that there are several who are on target for those goals. With heavy-duty equipment, we’re a little further behind.

On-road heavy-duty equipment leads because of mandates like “Diesel free by 33” and California’s 2040 ZEV mandate for transit buses. Municipalities have to start moving in the ZEV direction. Options like BAE Systems offers allows them to start making incremental steps in that direction. And, as CARB starts looking at off-road heavy-duty equipment, that means that both manufacturers, construction companies, and municipalities have to be ready to make the move to the kind of ZEV platforms offered by Dannar.