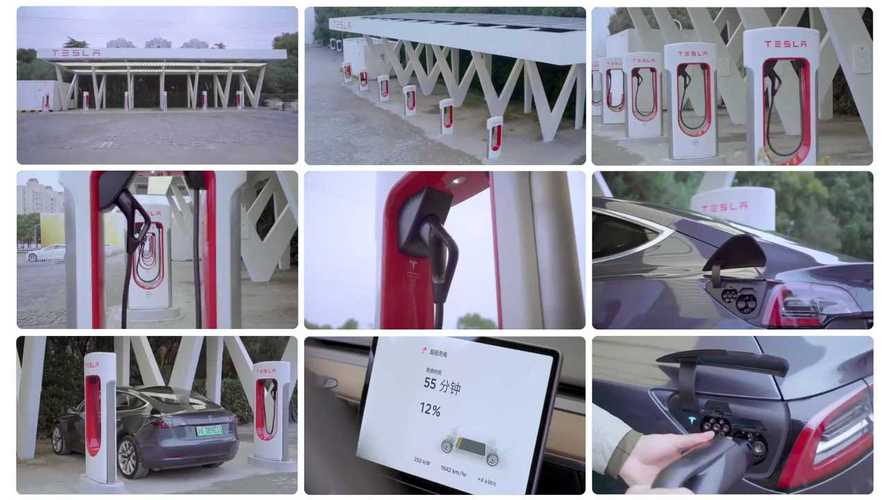 Here it is. The first 250 kW V3 Supercharging station in Asia.

According to the short video posted below, there are six 250 kW V3 stalls under a solar canopy, installed near an already existing six V2 (120 kW) stalls (which will probably be upgraded to V3 at a later stage).

In China, Tesla uses two charging inlets on the vehicle side (AC and DC GB/T inlets), while the Superchargers are equipped with a Tesla connector, compatible with the DC GB/T standard. Similarly, Tesla uses the CCS Combo 2 standard in Europe.

The 250 kW output (at 12% state-of-charge shown in the video) is comparable to replenishing the range of a Model 3 at more than 1,000 miles (1,600 km) per hour. The peak charging rate is available only for a narrow state-of-charge window.