We use our performance model and factor in what we know so far to make an educated estimate.

Prior to the Tesla Cybertruck reveal, we had estimated the size of the Tesla pickup’s battery at around 200 kWh but at that time we had no idea what the Cybertruck would look like. We guessed it would have the frontal area of a Ford F150 Raptor and a Cd like the Ram pickup, which is also the same as the Tesla Semi (.36).

At this point, our model, along with gleaned information, is pointing to a 250 kWh battery pack and 800 horsepower output from the motors. 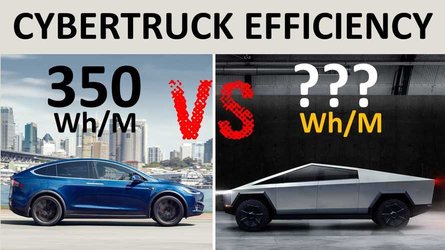 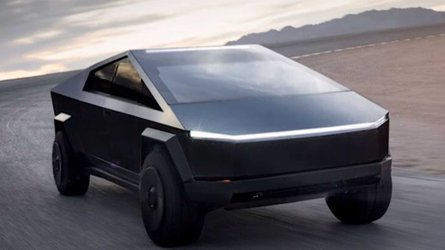 We assumed .33 Cd explained as follows.

Now, we have rough dimensions from Tesla that we can use and, as you all know, plenty of discussion about the Cd. We’ve had finite element analysis and even Elon Musk finally piped in that, if Tesla worked very hard, they might be able to get the Cd down to .30.

So, we have a range to work with. We’ve had some estimates as high as .47 for the truck as it appears now. But more realistically, we have the Ram pickup at .36 (which also happens to be the Tesla Semi’s Cd) and Musk’s .30 on the low end. We can’t see Tesla not being able to beat the Ram, so we compromised and used .33 Cd. If Tesla DOES get to .30 Cd, then the battery size required for 500 miles of range would drop to 237 kWh. Therefore, you can see that the effect of Cd on battery size (range) is that a 10% change in Cd is worth 5% in battery size (range). It’s a big driver!

On the chance that Tesla totally misses and is required to put mirrors on the truck, and the Cd was 0.4 (20% higher than .33). then you can see the battery size would have to increase 10% to around 275 kWh.

Ground clearance also has a big impact. Musk has stated that the max ground clearance would be 16” with an adjustment range of plus or minus 4”. That gives us 16” max, 12” normal and 8” on the low setting. Obviously, the closer to the ground the better. We are assuming that our Cd is with the truck at its lowest setting of 8” ground clearance.

For the frontal area, we calculate 32 ft2. That includes 12”-wide tires, but does not include the 8” high open area under the truck and between the tires.

The input sheet with assumptions for our performance program is included in the figure below.

If we use two Model 3 permanent magnet motors in the rear and one Model 3 induction motor in the front, our estimated acceleration time is a tad higher than Tesla’s quoted spec of 2.9 seconds from 0-60 MPH. So, 800 horsepower should come close to filling the bill, and that puts it just about where we predicted the new Model S tri-motor. Commonality is a good thing.

The figure below shows our acceleration calculations.

*This article was a joint effort between the author and Keith Ritter. Comments are turned off for this article due to some continuing harassment issues. To reach out to George or Keith with valuable questions or comments, feel free to email us at contact@insideevs.com.