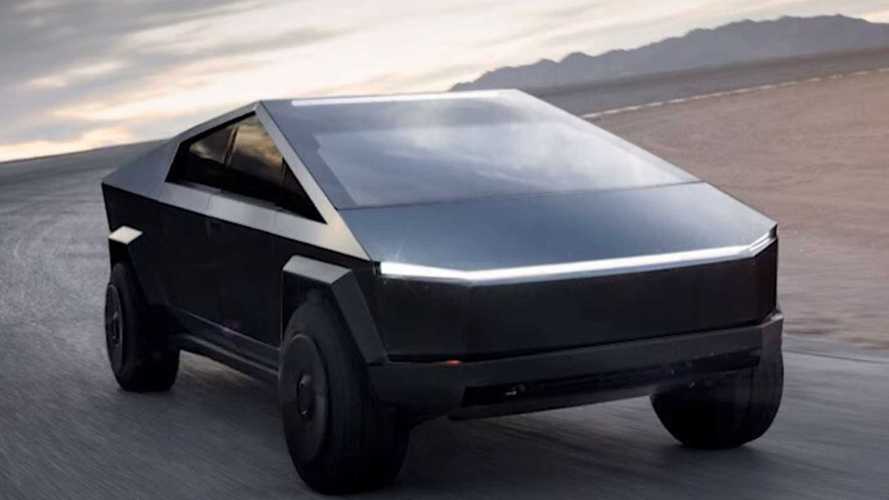 It seems each day we get more information about the wonder that is the Cybertruck.

Electric Ford Pickup Will Require Much Larger Battery Than Cybertruck
⠀

Teslas Are Arguably Bad At Towing: Will Cybertruck Change This?
⠀

Tesla Cybertruck Size Concerns: Will You Have To Build A New Garage?

While much of the popular press is still going on about the smashed windows, more informed observers in the automotive and tech trade mags are beginning to delve into the design details of Tesla’s Cybertruck. It turns out that the vehicle’s innovative stainless steel shell not only offers benefits to the owner - no more trips to the body shop - but is also intended to make the truck simpler and cheaper to produce.

Motor Trend took a detailed look at Tesla’s unpainted, 3 mm-thick, rustproof steel shell, and explained some of the production benefits. Tesla will be able to eliminate one entire step of the production process - the paint shop - and will be able to form the body with much less expensive tooling. Traditional vehicle bodies are stamped by enormous, expensive, energy-gobbling machines. The angular Cybertruck can be formed by simply bending steel plates on low-tech, inexpensive machines.

However, as MT points out, there is a catch: compound curves have a favorable strength-to-weight ratio, whereas the Cybertruck’s flat planes will require greater thickness to resist buckling, and this translates to added weight. Tesla has compensated by avoiding the traditional, body-on-frame construction in favor of a rigid unibody design. Much of the technical expertise behind this surely came from SpaceX (whose HQ is next door to the Tesla Design Center). After all, if there’s anything that needs to be light but strong, it’s a rocket.

There’s also a trade-off in terms of aerodynamics. The Cybertruck’s trapezoidal shape looks far less aerodynamic than the curvy models that spell out S3XY (and arguably less sexy, too). And it probably is, thanks to the high sail pillar that marks the boundary between the fore and aft triangles. However, this pillar serves a practical purpose that has to do with towing.

It’s true that the Cybertruck looks like no other vehicle on the market, but some of its features are not without precedent. As TechCrunch points out, the first-generation Honda Ridgeline was also built around a unibody design, and it also had a sail pillar.

A vehicle’s towing capacity is not limited only by the power of the engine. Towing places a lot of stress on a vehicle’s frame, which is one reason that many pickups and some large SUVs use a body-on-frame design. This allows the frame to absorb much of the stress of towing, and allows the cab and bed to move independently of each other.

In a unibody design, such as the Cybertruck, Ridgeline or most SUVs, vertical pillars - from the A-pillar that separates the hood from the cab to the D-pillar that forms the rear of an SUV - add rigidity, and prevent the body from twisting. Their structural strength compensates for the lack of a separate frame.

Because the Cybertruck’s body also serves as a structural member, it must be made thick and strong (which provides the additional benefit of eliminating the danger of dents). As Elon Musk recently explained on Twitter (via Electrek), the Cybertruck’s angular shape is intimately connected to the massive strength of its shell.

Tesla’s other cars (and most other vehicles on the road) have bodies made of thin stamped panels of aluminum or steel, which don’t need to have much structural strength. In the Cybertruck, however, the exterior is an integral part of the structure - in a sense, it serves as both the body and the frame. This reduces complexity, and makes for an almost indestructible exterior.

However, it also radically changes the process of forming the vehicle’s body. Auto-body stamping machines are designed to deal with much thinner pieces of sheet metal, which they press against a mold to create a curvaceous body panel. Traditional stampers wouldn’t be able to handle the Cybertruck’s ultra-hard 30X cold-rolled steel, so it was necessary to design a vehicle without curves.

As we’ve seen from the press reaction to the angular EV, some people consider this aesthetic suicide. However, designing a vehicle is all about trade-offs, and as we noted above, sacrificing the sexy curves means that the body can be formed by more powerful, but simpler and cheaper machines. It’s safe to assume that Elon and company have thought out the manufacturing implications in great detail, and it may prove that these machines will be easier to automate, bringing Musk’s vision of an alien dreadnought a step closer to reality.