SchipholTaxi Does Not Agree With Lawsuit Against Tesla

Plaintiffs are no longer with the company.

All stories have many sides that deserve to be told. When NRC.nl – the biggest newspaper in the Netherlands – reported four SchipholTaxi drivers were suing Tesla for many defects in their cars, you probably heard about that with InsideEVs. We then got in touch with the law firm in charge of suing Tesla and with SchipholTaxi. According to the director of the latter, none of them works for the company anymore.

“We have no connection with these drivers whatsoever, and they are not doing this on behalf of SchipholTaxi. They used to work with us in the past, but got a bit resentful. We don’t agree with what these drivers are doing and do not plan to join.”

Gamis el Bouakili does not agree that Tesla cars are troublesome, as the drivers claim in their lawsuit. The best argument the company has on that is that it increased the number of Tesla vehicles it had.

“We have 72 Tesla owned by ourselves, operated by 180 drivers. Besides that, we have over 100 Teslas owned by our self-employed drivers.” 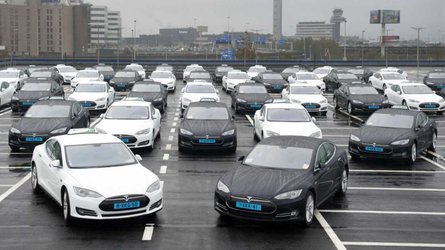 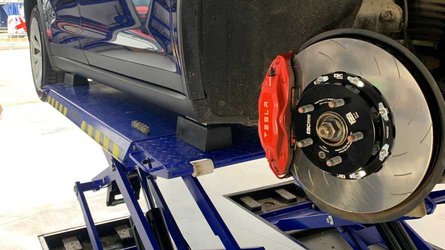 The 167 Tesla Model S automobiles that the Schiphol Airport started using in 2014 did not belong exclusively to SchipholTaxi.

“That was the total amount of cars from us and BIOS – the other company at the airport. We started with 96, and BIOS started with 71. They are the ones with the Model X now. They traded in their Model S units.”

In other words, SchipholTaxi had 96 electric cars – both from the company and from self-employed drivers – and currently works with 172 EVs. That is a 79 percent increase in the number of vehicles from Tesla. Why would it have more cars from the company if they stopped as often as the drivers described in the lawsuit?  We still have to hear from De Vries & Kasem law firm. It has not replied to our clarification request yet.

“We are aware that some vehicles face more problems than others, but not in such a way these drivers pretend. We also have a lot of drivers who are very happy with the car.”

We have asked him if he could put us in touch with the satisfied drivers. This is what he said:

"We do have satisfied drivers. To know whether they would like to be named in this article and see what they have to say would simply take us too much time. We would have to send out an e-mail to all our drivers, wait for the responses and organize a contact moment – or ask the questions ourselves. We are not going to do so. You can get our reaction though."

We understand the company's reasons, but, in case you are one of these drivers and you would like to add something to this story, feel free to contact us here, on Facebook, email, or Twitter. Your side also deserves to be heard. In our case, read – hopefully.