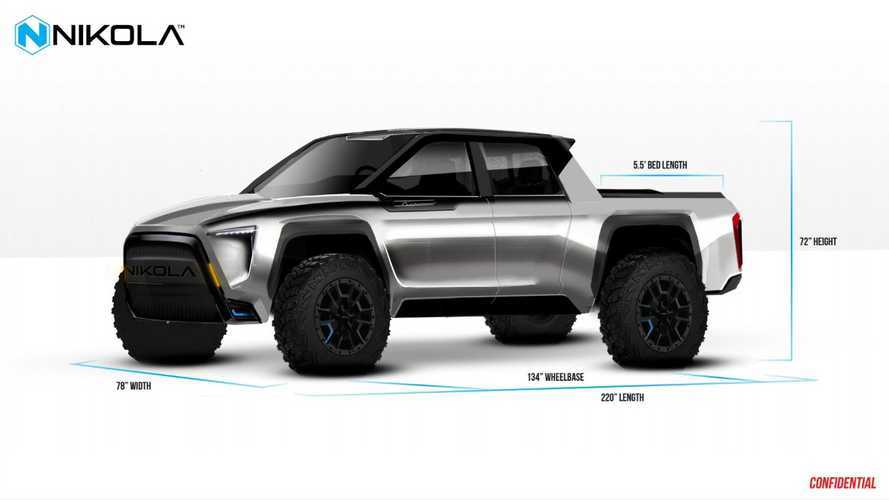 Nikola Motors CEO Trevor Milton seems to not appreciate the Cybertruck and offers up his company's own design to Tesla instead.

After the unveiling of Tesla Cybertruck, Nikola Motors CEO Trevor Milton posted a surprising tweet, offering a donation of his company's own pickup truck design to Tesla, to reach "a broader market".

It's hard to not perceive this as a kind of attack and indirectly Milton seems to be implying that he's against the Cybertruck design.

"Hey @elonmusk we don't build cars or trucks, but I'm happy to donate this truck design if your team wants to hit a broader market. My team designed it just in case and I'm happy to let you build it since we won't. Let me know and we can talk"

Trevor Milton attached two images showing an electric pickup, which seems quite futuristic, but with a conventional layout.

Nikola Motors does not intend to introduce a pickup truck on the market, but the fact that the company has some designs suggests that it was under consideration.

Anyways, it's hard to imagine that Tesla would not be able to come to its own design in a conventional layout if the automaker decided that was a better approach to trucks.

We would risk saying that Tesla probably has plenty of its own designs, but came to the conclusion that it the Cybertruck needs to be the way it is now to tap uncharted potential and disturb the pickup truck market.

Trevor Milton tried to explain later that his tweet was not offensive:

"I was truly being kind. I could have sold that design for a ton of money and any other OEM would have ran with it. I drive a Model S and don't harbor any bad feelings."

As Tesla is busy receiving a six-digit number of reservations for the Cybertruck, maybe Milton should consider selling the design to some OEMs, which would add one more player to the electric pickup truck market.