Tesla Model 3 Motor Trend Car Of The Year? Here's Why It Should Win 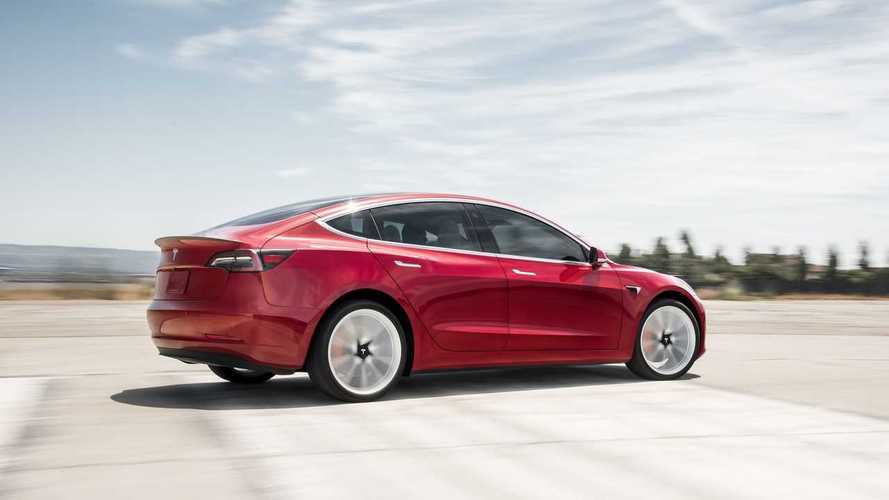 There is almost no reason whatsoever the Tesla Model 3 shouldn't easily take home this coveted award.

Not only did Motor Trend (MT) choose the Tesla Model 3 as one of three finalists for its 2020 Car of the Year award, but it also calls the entry-level Tesla midsize sedan the best sport sedan available today.

The Model 3 will have to contend with the Chevy Corvette, Kia Soul, Mercedes-AMG GT, and Porsche 911 in order to be named Car of the Year overall. MotorTrend plans to officially announce its winners on the evening of Monday, November 18, 2019.

Tesla vehicles are no strangers to MotorTrend awards. In fact, the Tesla Model S received arguably the publication's most coveted honor to date. According to MT, the Tesla Model S is now the Ultimate Car of The Year, meaning it's the overall winner after years of awards. This award requires some explanation for sure, so we offer up a quote from a previous article:

"The Ultimate Car of The Year is a celebration of the 70 years of the Car of The Year Awards. Motor Trend started them in 1949. And it states that it would probably be a consensus among judges and staff that 'no vehicle... can equal the impact, performance, and engineering excellence' of the Model S."

We can only hope that the Model 3 will prevail here. As noted above, it faces stiff competition. We risk saying that if it doesn't win, there may be some major and truly warranted contention. By this, we mean that MT relies on six metrics to determine its awards: Advancement in Design, Engineering Excellence, Efficiency, Safety, Value, and Performance of Intended Function.

Just based on its incredible safety ratings alone, it "should' be able to top others on MT's list, a few of which aren't even ever crash tested. Remember, the Tesla was designated as an IIHS Top Safety Pick+ and topped all other cars in terms of the NHTSA's safety rubric (which is still causing much controversy), but that's aside from the point here.

The Model 3 should ultimately be the far and wide winner when it comes to efficiency, though that doesn't mean it sacrifices anything in terms of "Performance of Intended Function." In fact, it easily outperforms most rivals, including some (and arguably most) on the list of finalists. In reality, in terms of its role as a four-door family-hauling sedan (function), it pulls its weight in an almost otherworldly way (performance).

It should also easily grab up MT's "Advancement in Design" analysis since no other top-five contender houses an EV powertrain or employs over-the-air updates, etc.

Value is also a big plus for the Model 3. However, this is one place it may fall short, at least when compared to the incredibly cheap 2020 Kia Soul. The Soul continues to get much credit for what it offers for your money. However, you get a whole lot more with the Model 3 than you do when considering the high sticker prices of cars like the Corvette, Porsche, and Mercedes-AMG.

That leaves us with Engineering Excellence. This is a toughy for sure. If MT solely relies on the "2020" Model 3, Tesla may be at another advantage. This is not to say in any way that Porsche and Mercedes won't likely take the cake when it comes to this assessment. However, we do know that early Model 3's and most Tesla vehicles have suffered in this category, especially early on. However, if we look at MT's description of the metric, again the Tesla "should" prevail. MT shares:

"In other words, the integrity of the total vehicle concept and execution and the use of technologies that benefit the consumer. This can range from new-tech internal combustion engines, to elegant alt-fuel systems, to new suspension and transmission tech. Inside, we judge the vehicle's ability to fit people and cargo and the success or failure of infotainment systems."

With all of the above being said, can you target any reason the Tesla Model 3 shouldn't be MT's top pick for Car of the Year? Perhaps there's something we are missing here? We admit to not being perfect in our assessment, and we also admit to leaning toward an EV for the win. So, we'd love to hear from you in the Comments below.