Yet another Tesla owner that insists the hate is real.

Recently, a Tesla Model X went up in flames in Germany. The Tesla owner was on a business trip in Düsseldorf, where he left his car plugged in at a public charging station to charge overnight. Reportedly, the vehicle was set on fire while he was away. He returned to his car to find it badly burned. 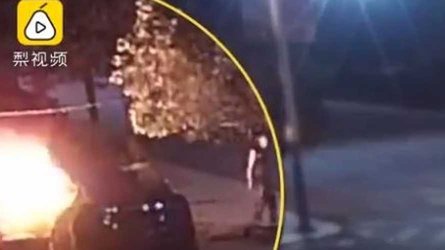 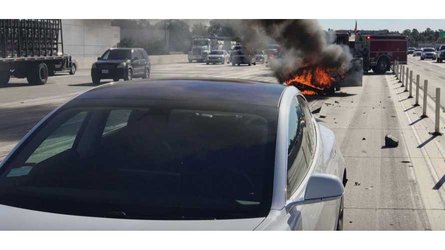 The Media Seems To Have It Backwards Regarding Tesla Fires

The Dutch Tesla owner goes by the name of Den Dal (@sakiwebo) on Twitter. He tweeted that he thinks the car was singled out for being a Tesla and then set on fire by arsonists:

"They chose a Tesla out of hundreds of cars. It was on a public charger in the middle of the street. It was not the most obvious choice if you want to do it unnoticed. Maybe they did not like my Dutch license plate. But there were more foreign cars also from The Netherlands. 1+1=2."

Sadly, even though Tesla vehicles are equipped with Sentry Mode — a feature that uses multiple cameras to capture and record happenings around the vehicle — it won't help Den Dal prove his case.

While Sentry Mode was activated, there was no flash drive in the car to store the footage. He also contacted the local police, but they didn't have access to any footage from local cameras in order to prove what happened. Fortunately, Den Del's Tesla was drivable even though it was severely scorched.

It's really impossible to know if Den Dal's assumptions are true. We do know that there has been much press lately about Tesla hate. In fact, it has escalated significantly since the automaker launched its built-in dashcam (TeslaCam) and Sentry Model features. Now, there is a plethora of footage of Tesla-related incidents on YouTube and social media.

However, does it just look as though Teslas are targeted since these cars are essentially the only vehicles on the road with the ability to easily capture and share incidents? Is this happening to all sorts of vehicles? Is it more specific to luxury cars?

We'd love to know what you think. Share your thoughts with us in the comment section below.