Road rage episodes do not go well with TeslaCam. They always end badly for the enraged driver that decides to attack a Tesla. With pale motivations or out of pure Tesla hate. We are undecided about this episode, shared by the Tesla Model X that filmed the whole thing. He preferred to stay anonymous because the Subaru Forester driver “doesn’t seem stable” – polite terms for what the video shows.

UPDATE: The Tesla Model X driver send us the front view video TeslaCam made. It reveals why he changed lanes. He also clarified how he showed the videos to the Colorado State Patrol. 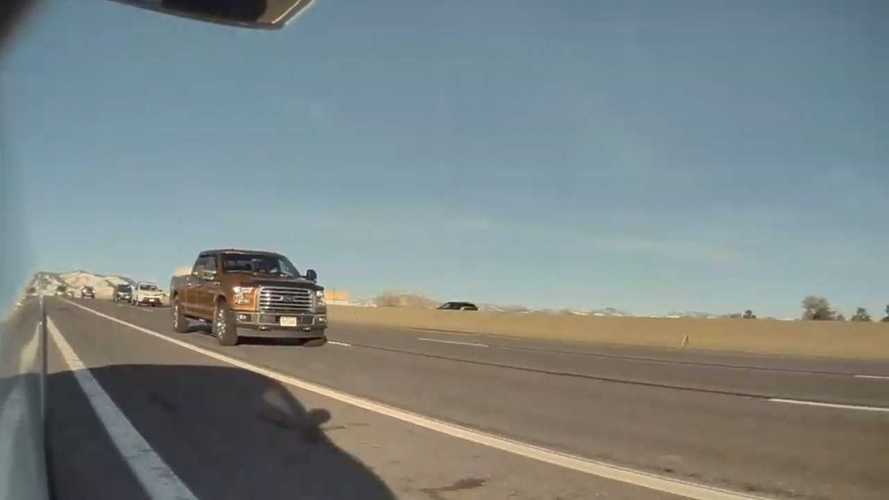 This Tesla Model X driver was on I-70 in Colorado last October 25. You can see the Subaru Forester passing when the EV merges into the main three-lane road. A little later, the Model X goes to the central lane – to the left of where it was before.

The 'Dutch Reach' Could Have Made This TeslaCam Video Irrelevant
⠀

The Forester was on the left lane, and it enters the same central lane moments after the Model X passes by. The Subaru does not seem to have the turn signal activated, but it may be the sunlight that does not allow us to see it working.

Anyway, this is what seems to have triggered the rage. You can even see a raised middle finger inside the Subaru – more than once after that. We had no idea why the Tesla driver decided to go to the left, but he decided to clarify that with this video of the front view. A minivan went to the right lane, and he had to overtake it.

There is no one in front of the Subaru Forester, but its driver seems to be just leaving the left lane free for the Toyota 4Runner behind it to pass. Which is the right thing to do, by the way. Always leave the left lane free, ladies and gentlemen. At all times.

The Model X driver gave us enough evidence that he was not to blame. As he pointed out to InsideEVs, the police decided that – we'll get there in a bit. The Subaru did not have its turn signal indicating its driver wanted to go to the right. On the contrary: it seems he did that just to block the Model X in a senseless way, like this Honda Odyssey Tesla hater.

Even if the Tesla driver did not act rightly, that is no excuse for what happens next. The Forester driver chases the Model X, raising his middle finger again, and tries to ram it. In the process, he almost hits a Ford Edge that was lane-hogging on the left.

That is why the Colorado State Patrol gave him two tickets: for reckless driving and reckless endangerment. The Tesla Model X got none, which reinforces he was the victim in this case.

Reckless driving and reckless endangerment are respectively a class 2 and a class 3 misdemeanor according to Colorado’s laws. The Subaru driver will go to court in December and may receive up to 9 months in jail for driving that way – if it was his first time doing that.

In case he has already been convicted for reckless driving, he could get arrested for up to one year and have to pay US$ 1,750.

Our anonymous Model X driver just thanks Tesla for TeslaCam and hopes things end up well. He also clarifies how he allowed the Colorado State Patrol to see the footage:

"I brought them to their office on a thumb drive. Then the Sargent sent an officer to the guy’s house and ticketed him."

We expect the Subaru Forester driver never to do that again. In case he is not able to avoid that, may the courts prevent him from driving before he causes severe damages to himself and others.