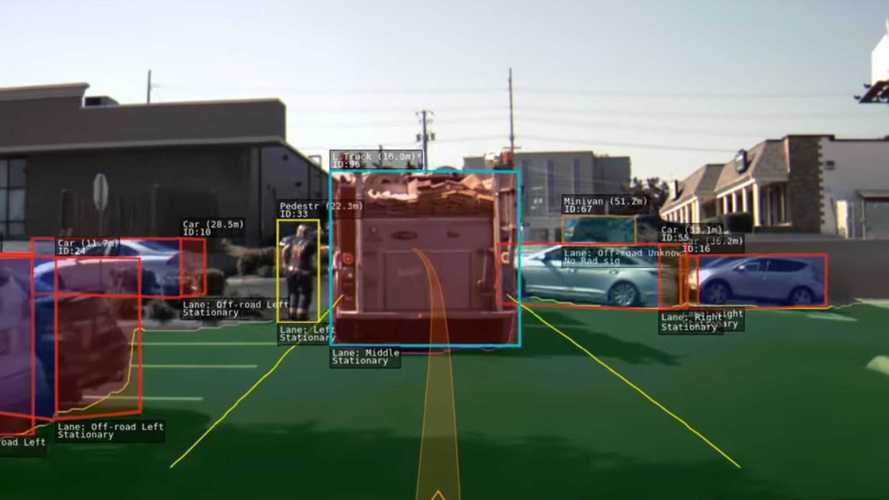 Not only does the new feature work with Smart Summon, but also with Autopilot.

Earlier this week, we shared that Tesla's built-in cameras actually"see," identify, display, and avoid construction cones while using the vehicles' Smart Summon feature. The cones show up on the Tesla screen much like cars and trucks do. This is a huge step forward in the Silicon Valley automaker's development of its Full Self-Driving technology.

It comes as no surprise that the cones are visible on the screen while driving your Tesla, and are shown in Autopilot mode. In order for the semi-autonomous Autopilot system to avoid an object, it must first "see" and identify it. It's just an added bonus to have it displayed on the screen for the driver. In the past, Tesla vehicles — as well as some other cars with semi-autonomous technology— struggled with certain non-moving and inanimate objects.

Twitter user @greentheonly shared a video showing what the Tesla Autopilot system sees and renders while driving. In addition, he shared several other new test videos that reveal precisely what the technology sees and how it chooses to interpret it.

Let us know what you think of Tesla's Autopilot advancements. Also, do you think the Full Self-Driving feature will be ready for release prior to the end of the year? Is that cross-country trip really coming? According to CEO Elon Musk, you'd better bet on it, but he's promised the trip many times in the past.