Why Will The VW ID.3 Take So Long To Reach The Market?

Production has started, but only at a 30-cars-a-day pace, eight months before deliveries begin.

Last November 4, we told you Volkswagen had just started producing the first ID.3 at the Zwickau plant in Germany. And that first deliveries would only happen in mid-2020. When we read that, we started wondering why the company will take such a long time of production prior to flooding dealerships with the EV. Then, we also learned that only 30 ID.3 are being produced every day. Why so little? And why now and not closer to the deliveries?

Just to give you an idea of how this works, the start of production – also referred to as SOP – normally happens about two months before deliveries. That is the time required for the production of a sufficient amount of vehicles to supply to dealerships and avoid getting customers frustrated for trying to buy something that is not readily available. 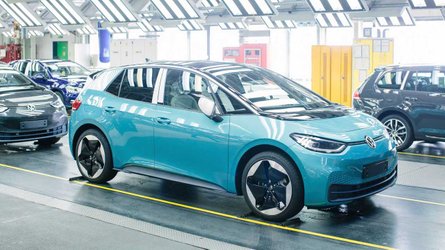 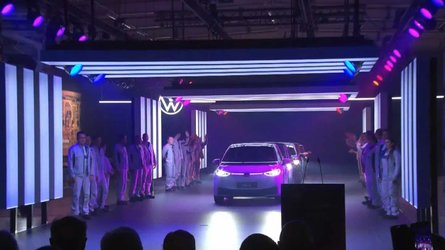 The ID.3 production started eight months before the promised delivery date, or with four times more anticipation than a regular car would require. 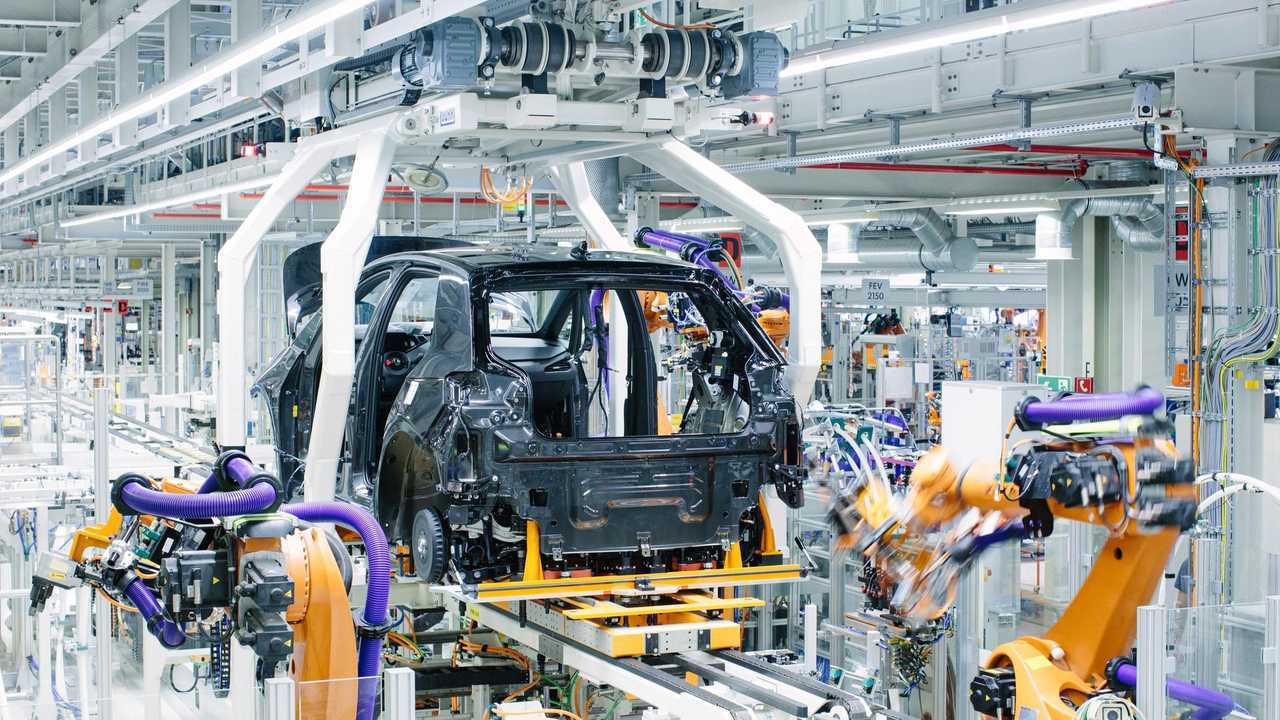 Thomas Ulbrich, Volkswagen Brand Board Member for E-Mobility, gives one explanation for that right at the beginning of the video above when he talks about Zwickau. The plant that will first produce the EV had to undergo many changes to produce electric cars.

“The conversion has been running very well. But of course, it is highly complex, we can say that. There are two parts to the plant. The first part has been converted 100 percent to e-mobility. On the other part, we still produce combustion-engined cars until the middle of next year but then it is going to be discontinued.” 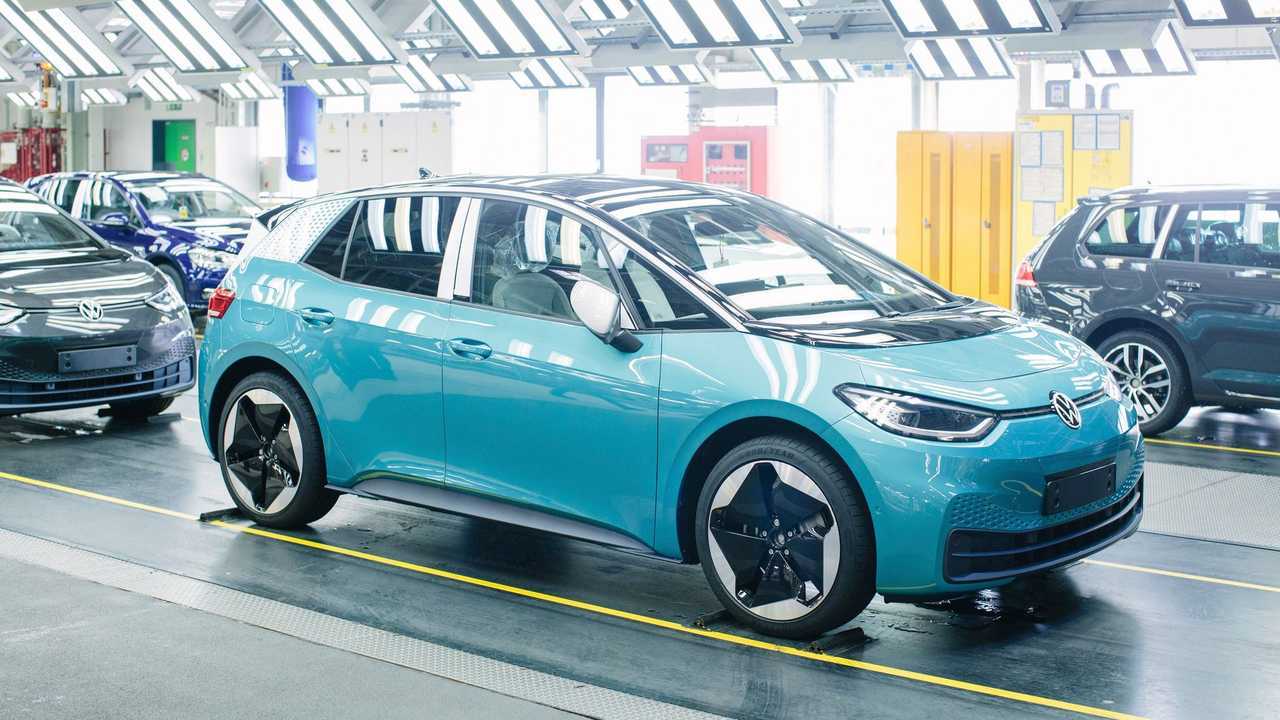 In other words, the plant is not entirely dedicated to EVs nowadays. Coincidence or not, deliveries for the ID.3 will start precisely when the production of combustion-engined cars stops there. That is when the rest of Zwickau's conversion to e-mobility will take place, according to Ulbrich.

“We’re going to have a full conversion which is going to take about until the end of 2020.”

How complex can that be? The board member gives us an idea:

“In between, we internally say it is like getting dressed inside a wardrobe, but things have been working out well.” 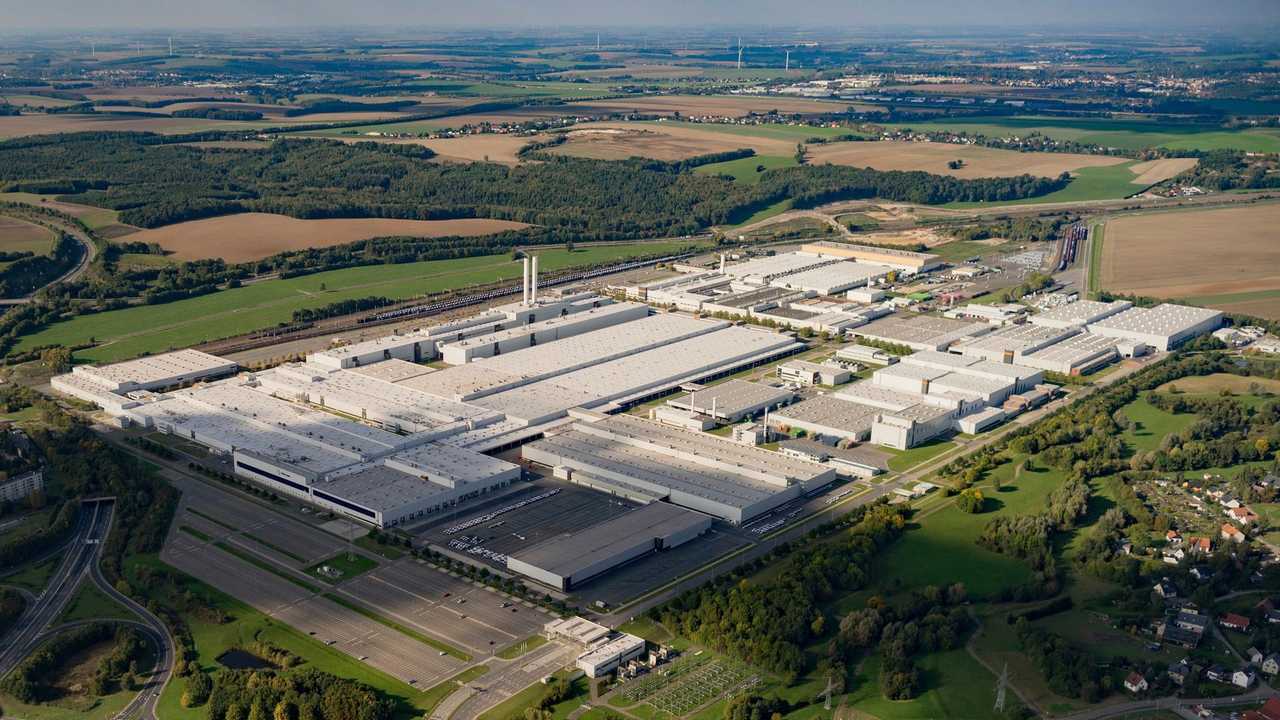 That could be the main reason for so much anticipation, but is it the only one? Zwickau can produce 300,000 vehicles per year, and it will be able to manufacture 330,000 EVs when the conversion to e-mobility is complete. 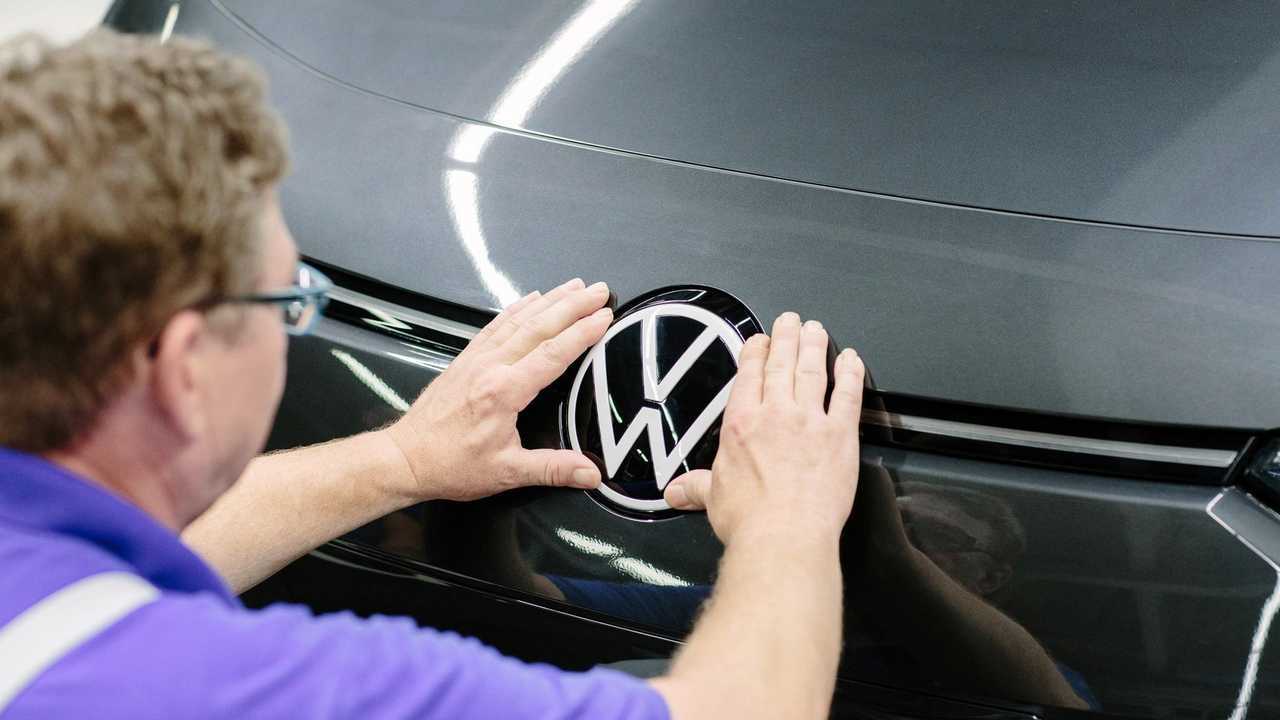 We have contacted Volkswagen and got one more reason for the production to start so early: the German carmaker wants to get the ID.3 right in every sense. In order to do that, it will count on its employees. Check what Andreas Groß, from the Future Technology Communications team, told us about that:

“As this is a completely new model with an entirely new production process and totally new procedures, including the delivery chain, the top priority is to safeguard our high-quality standards. This is why the first vehicles produced will be handed over to Volkswagen employees as part of a quality assurance program for testing under everyday conditions. Our employees will provide us with key feedback on the performance of the ID.3 before it is delivered to our customers.” 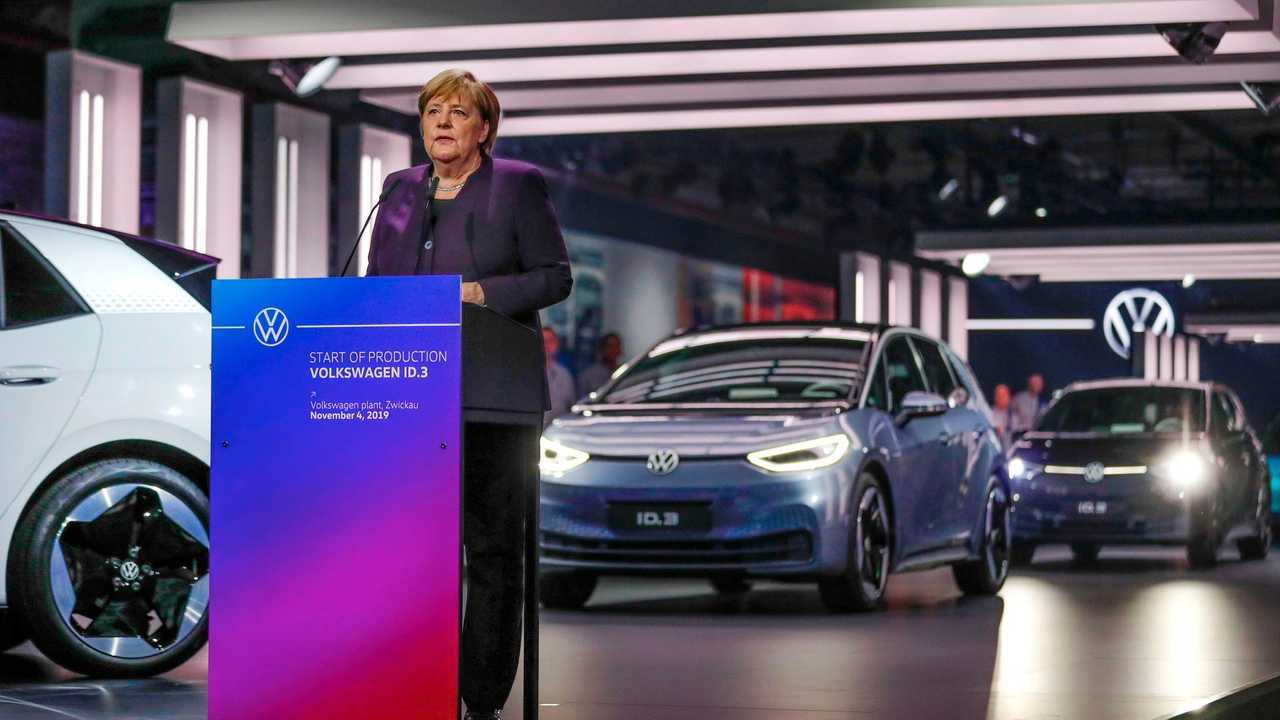 As you can see, if you were worried about these first cars sitting in a parking lot for months – as we did – don’t be. They will help customers get better vehicles when deliveries start. And will probably be used at the press fleet vehicles and for dealership test drives when the time is right.

Some months ago, we reported Volkswagen was having to convince suppliers about producing batteries to the scale it needed them. Would that be part of the reasons for an anticipated production? That is no longer a concern, according to Groß.

“Battery supply for the ID.3 is secured and has nothing to do with the launch process. As planned, the production of the ID.3 is now starting with a flat ramp-up curve which will become considerably steeper next year as the market launch approaches.” 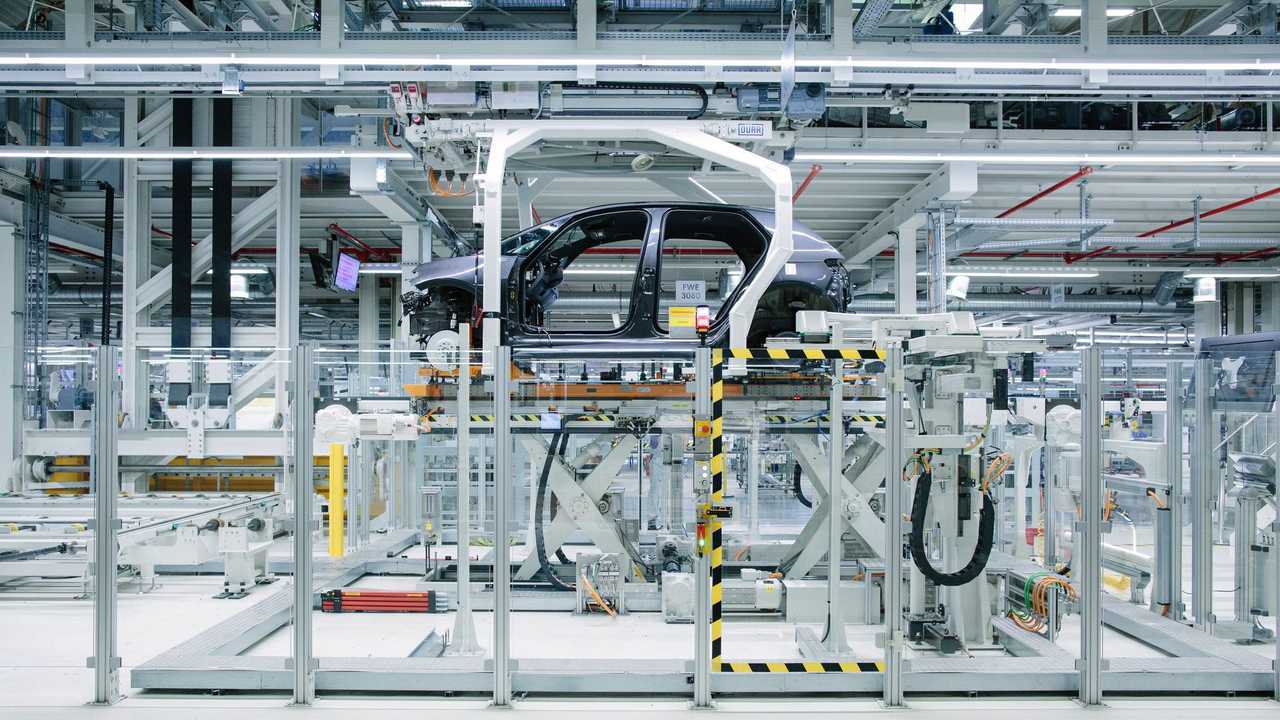 Until next spring, the company expects to operate in three shifts and to be delivering 800 vehicles per day. That would account for a little less than 270 cars per shift, which indicates the ramp-up expected for the single shift currently in place.

From the 30 daily units produced today in just one shift, Volkswagen will have to reach around 260 units – a 767 percent increase – before opening another production shift. The second shift will have to progress in the same fashion until the third one starts, and that’s how we get 800 ID.3s per day by April 2020. 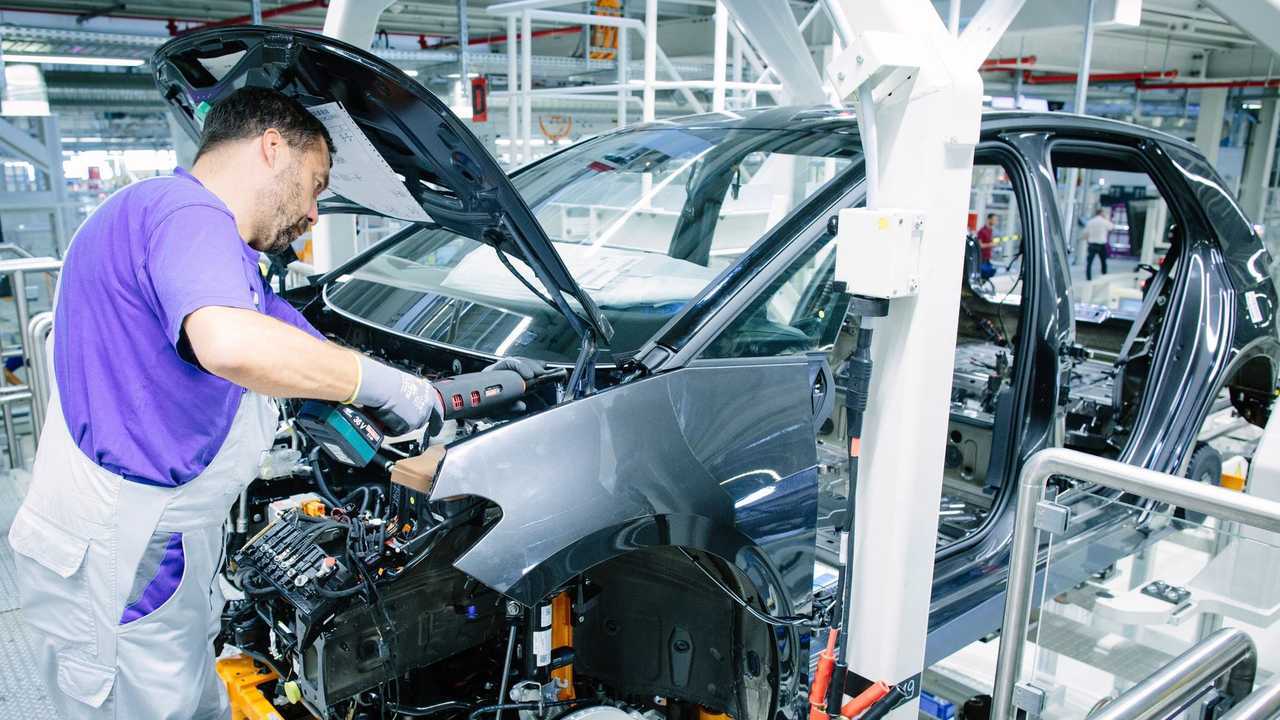 Our previous article said that this number will almost double to 1,500 units a day when the factory is fully converted to produce electric cars, which we now know will happen by the end of 2020.

If the 30 units per day pace were to continue, we would get to the end of November with 600 units of the ID.3. And to about 1,200 units in December. But it is hard to believe that all the production increase will start only next year – even if that is possible. Groß seems to agree with that.

“That’s the figure for this week. Please understand that we do not provide further details on the ramp-up curve.” 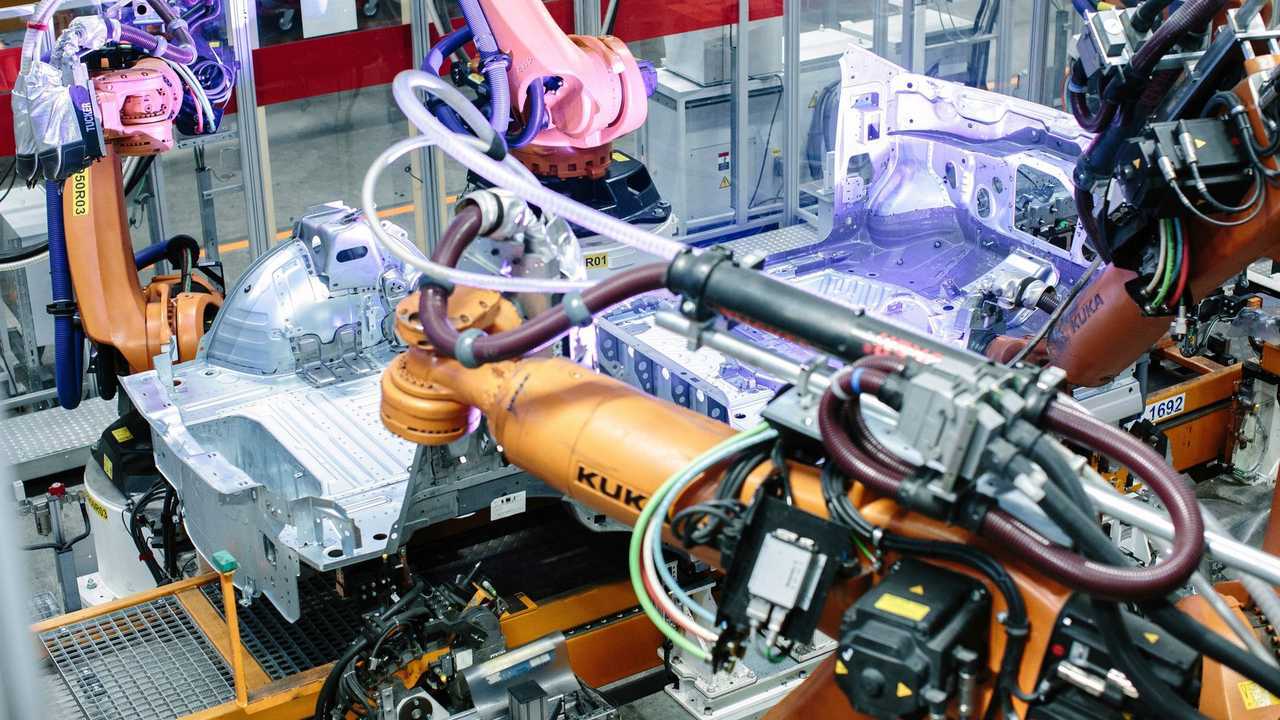 We just wonder how many of these vehicles will be with VW employees before they start to be produced for effective delivery. Precisely 30,000 people reserved the 1ST edition and 5,000 more that want a regular ID.3 so far. And they would not have to wait to get their vehicles when deliveries finally begin.

At 800 units a day from April, imagining 20 labor days, Volkswagen would be able to produce 16,000 ID.3 per month. From April to June, the company would have manufactured 48,000 EVs, more than enough for the current 35,000 orders it has already received and some more. Check what Groß said about this.

“Our objective is to deliver the 30,000 ID.3 1ST vehicles to customers in pre-booking markets throughout Europe at the same time from the market launch in summer 2020.” 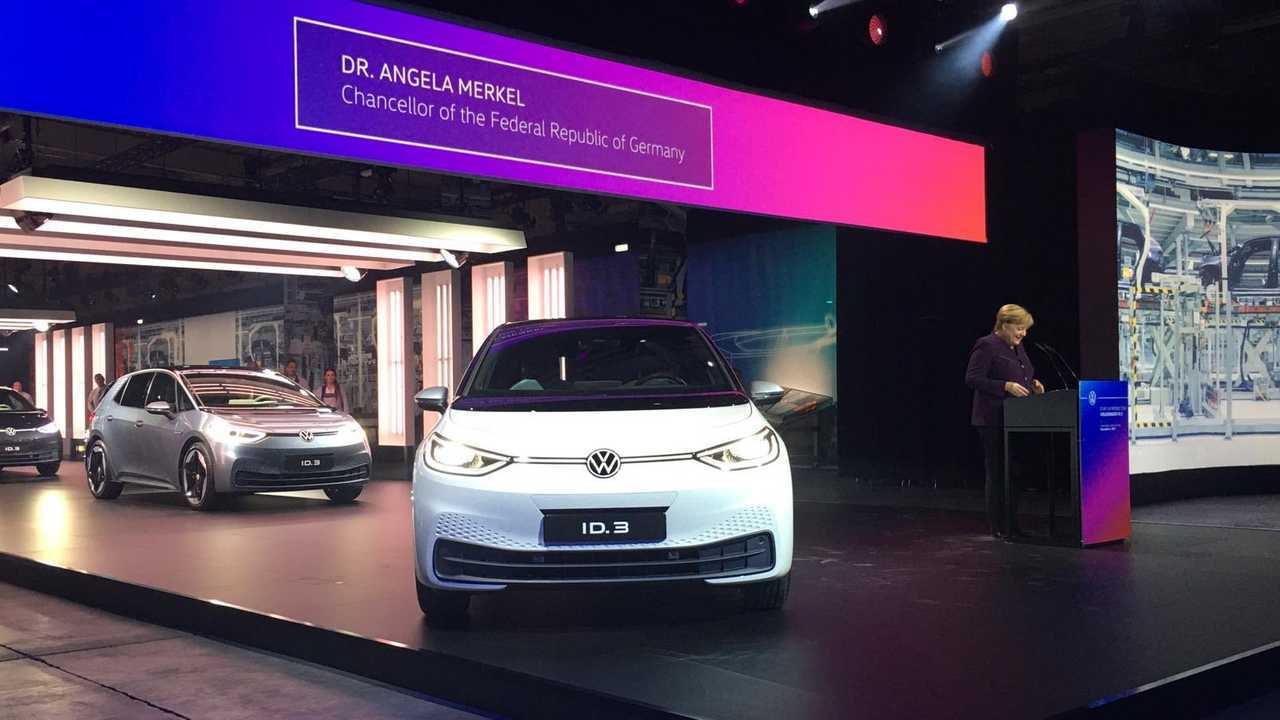 How many ID.3s will VW assemble before Zwickau can deliver 800 units a day? Will all these EVs be handed to employees, or will some seat for too long at yards until mid-2020? When will we see the first shipments crossing European highways? These questions will probably have no answers, but we figured out it would be a good idea to share them with you. For a good discussion on the comments or even for some insights in case you work at Zwickau and can shed some light on them.