Dressed in all black, this Tesla pickup truck render had a certain 'bad' appearance to it. It surely is bold and the black hue gives it a sinister look.

This render, basically the same as the one InsideEVs released a few days ago (link here), omits the Ram truck and reimagined the Mars-inspired Tesla truck not in a silver hue, but in a sinister-looking all-black package. 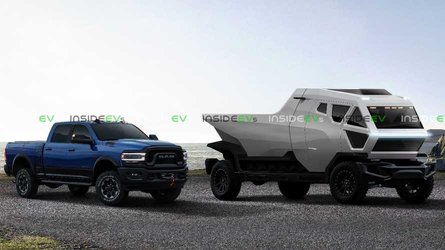 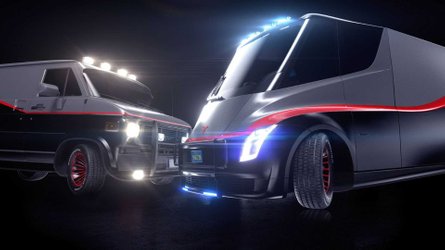 There are two variants in the renders too. One features an open pickup truck style bed. Meanwhile, the other fits more into the armored personnel carrier described by Musk with a closed bed. Musk even once mentioned a unique drop-down tailgate, which would be required in a truck this big.

The Tesla truck reveal is set to occur sometime this month, possibly on November 21. According to Tesla CEO Elon Musk, the upcoming Tesla truck will have a target price of under $50,000. Musk stated:

There have been all sorts of speculative takes on the outward appearance on the Tesla truck, but all we really know is what Musk has told us so far. This includes:

This all-black Tesla truck render ticks all the boxes described by Musk and in this darkest of hues, it might even make fans of the all-black Ram jealous:

6 Photos
By: Eric Loveday
++
Got a tip for us? Email: tips@insideevs.com