The Semi would make the perfect 21st-century van for the A-Team.

Check out these super slick renders of the Tesla Semi as the van for a possible The A-Team reboot. Called the E-Team van concept and badged the Tesla Model A, this new appearance on the Tesla semi is beyond words.

Let's turn back the clock a bit here. The A-Team, for those who may not know, was an American television show that ran from 1983 to 1987. It featured Mr. T, as well as George Peppard, Dirk Benedict and Dwight Schultz as the main actors. If you were born in the late 70s or early 80s, it was likely a show you grew up with. 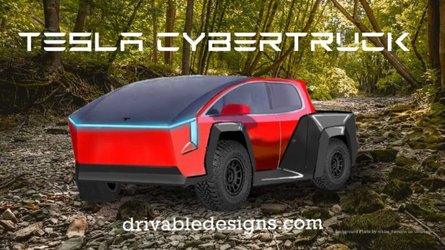 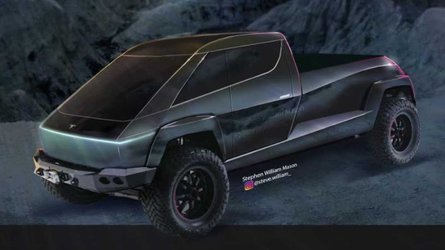 The series is summed up well by Wikipedia:

A team of ex-special forces soldiers on the lam from the military police (even though they didn't really commit the crime for which they'd been imprisoned) leaves a trail of explosions in its wake. But Hannibal, Faceman, B.A. and Murdock always stop to help the little guy against some corrupt local bigwig before escaping the MPs once again.

Even if you've never seen The A-Team, the coolness factor of this rendered Tesla Semi E-Team van should still be apparent.

These slick renders come to us via Martin Hajek on Behance. His work here is truly stunning and he's clearly a fan of The A-Team. As Hajek states:

What if the A-team was rebooted? I imagined transforming the Tesla Semi into an all-electric team van. And the Tesla Roadster would also make a nice new Face-car!

This rendered E-Team van would make a dream camper too. Just imagine the possibilities here. And it's surely quite the head-turner too. We love it, but do you?

For more info on The A-Team, refer to this Wikipedia entry (link here) below:

The A-Team revolves around the four members of a former commando outfit, now mercenaries. Their leader is Lieutenant Colonel/Colonel John "Hannibal" Smith (George Peppard), whose plans tend to be unorthodox but effective. Lieutenant Templeton Peck (Dirk Benedict; Tim Dunigan appeared as Templeton Peck in the pilot), usually called "Face" or "Faceman", is a smooth-talking con man who serves as the team's appropriator of vehicles and other useful items, as well as the team's second-in-command. The team's pilot is Captain H.M. "Howling Mad" Murdock (Dwight Schultz), who has been declared insane and lives in a Veterans' Administration mental institution for the show's first four seasons. Finally, there is the team's strong man, mechanic and Sergeant First Class Bosco "B.A.", or "Bad Attitude", Baracus (Mr. T).