Didn't we say we thought Porsche might have something up its sleeve? There's a caveat, however.

Rather than having another go at Nürburgring in its upcoming all-electric Taycan, Porsche sent a special edition Panamera out to prove its worth. On some levels, this isn't much different than Tesla's heavily modified Model S with the 'Plaid' powertrain. However, on another level, the two are poles apart. 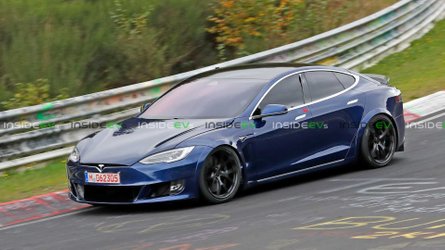 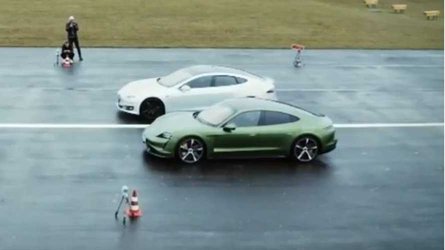 It's a long story that has received plenty of coverage. Essentially, the Porsche Taycan Turbo set an unofficial record at Nürburgring. With a lap time of 7:42, it's reportedly the fastest all-electric production four-door sedan to tackle the incredible taxing track.

Of course, upon learning about Porsche's success, Tesla CEO Elon Musk tweeted that a Model S would be heading to Germany. While he didn't say it was hitting the 'Ring to try for a record, most people assumed that was the case. Long story short, the Model S Plaid arrived and posted an unofficial time of 7:23, prior to breaking down and heading home. It's currently back at the track, attempting to beat that time.

We first learned about the interesting Panamera prototype testing at the 'Ring back in August, but there's a reason we didn't cover it. Over the last two weeks, more reports surface about the special edition Panamera, which is being referred to as the 'Lion.' We can't tell you how much we wished that was short for lithium-ion. Sadly, that's not the case. In fact, as far as we understand, this a gas car.

"According to initial details, the vehicle in question should be capable of pushing out about 820 horsepower (611 kilowatts), which should be possible thanks to an upgraded internal combustion engine. The first signs hint the pumped-up version will be based on the facelifted Panamera, most likely on the Turbo modification and not on the Turbo S E-Hybrid. But that doesn’t mean the prototype you see in the video isn’t electrified.

Unofficial information suggests the powertrain could benefit from a mild-hybrid system but, unfortunately, the exact specifications of this setup are not known at the moment."

The latest information comes via GTspirit. It suggests that the car is a special project for the Panamera's 10th anniversary. Reportedly, it has already posted an unofficial time of 7:11. The article shares:

"The team cut around 550 lbs from a non-hybrid Panamera Turbo: Out went damping material, massage seats, and interior panels; a 250-lbs-plus roll cage was installed, as well as a racing driver’s seat and a passenger seat taken from the 718 Cayman GT4. The Bose surround sound system had to go, but the PCM communication module remained.

And the engine? The 4.0-liter V-8 has been tweaked to produce a whopping 750 horsepower."

Like the Model S Plaid, this Panamera is heavily modified. If Porsche doesn't plan on producing it, the record won't be official. Not to mention that it also follows suit with the Model S Plaid's stripped interior, which is surely controversial in both cases.

So, why are we reporting about a gas-powered car? Well, clearly Tesla wouldn't be thrilled if the Taycan was able to grab the record, but at least it's another all-electric car. If the record goes to a gas-powered four-door sedan, the Silicon Valley automaker would be wise to get its ducks in a row in an effort to change that.

Everything we know points to the potential for an electric car to easily take this record over a gas car. That is, as long as the EV is able to combat potential endurance concerns. With this being said, the Taycan has all the right tools to top the Panamera, especially since Porsche has yet to attempt the run in the Turbo S model. Moreover, the Model S appears to be even faster thus far, so it has the potential to pull ahead as well. Only time will tell how this all pans out.

Below is some footage of the Panamera Lion lapping the 'Ring: