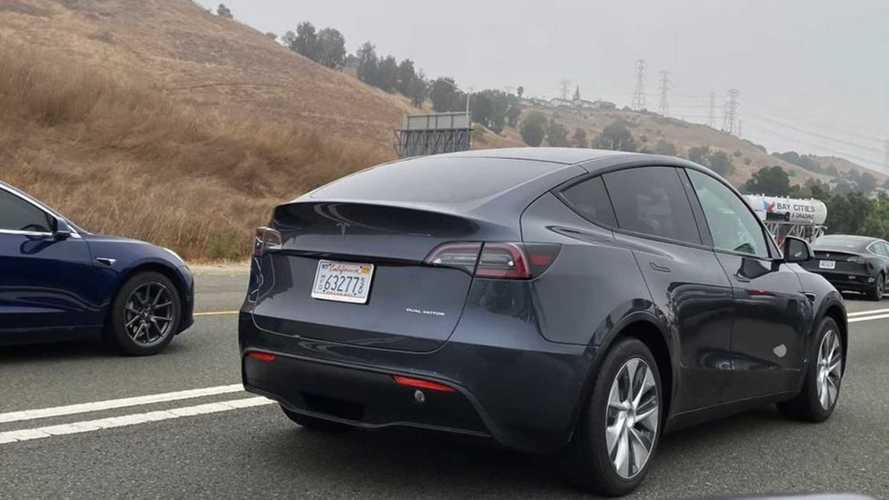 With plans to start producing the car in the near future, real-world testing is in order.

The floodgates have opened already and the Tesla Model Y is not even available yet. This makes sense since the car has already been unveiled and there are not many secrets. We've witnessed much the same situation with the Tesla Semi — and to some degree — the upcoming Roadster.

Tesla Model Y: It's Bigger, Which Means Better To Many People
⠀

Some will say that, unlike legacy OEMs, Tesla doesn't make major attempts to hide its concepts or pre-production vehicles. While this statement is true in some cases, it's definitely not the case with the upcoming Tesla Pickup Truck. However, once the truck is revealed, we're confident it will show up on public roads just like the Model Y, Semi, and Roadster.

Below, we've gathered up a collection of recent Model Y sightings, as well as a few related tweets. As expected, most are from California, and more specifically, the area around Fremont, which is where Tesla's factory is located. Interestingly, though, as you'll see from the last two tweets, the Model Y has traveled much further.

Have you seen a Tesla Model Y in the wild? If so, share the experience and your images with us in the comment section. As time goes on, we'd love to hear about Model Y crossovers spotted long distances from Fremont.