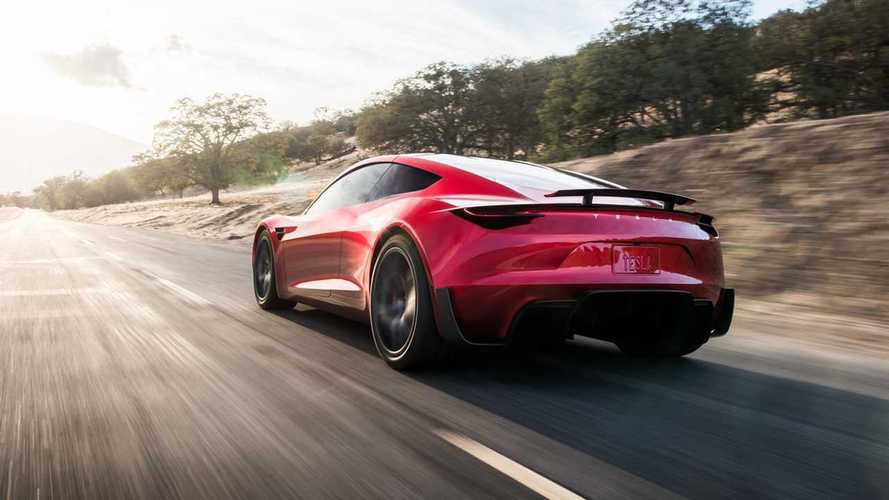 Cars may not be around in the far-off future.

What you really should have done in 1905 or so, when you saw what was going to happen with the auto is you should have gone short horses. There were 20 million horses in 1900 and there’s about 4 million now. So it’s easy to figure out the losers; the loser is the horse. But the winner is the auto overall. 2000 companies (carmakers) just about failed.

– Warren Buffett, speaking to University of Georgia students in 2001

Today EV sales account for a tiny rounding error of total global car sales. Let’s mentally transport ourselves to the late 1800s, when the streets were still busy with horse-drawn carriages and the occasional passing automobile scared a horse or two.

In theory, nobody knows more about making cars than the traditional ICE carmakers – the General Motors of the world – and thus EVs made by these companies should be the ones busying our streets a decade from now. A natural continuity from what we already know may be the easiest cognitive model for us to process, but it is not always the most accurate one.

In 2004, Nokia missed the flip phone boom and lost market share to Motorola, which came out with the slick Razr flip phone. Nokia had a few quarters of disappointing sales, the stock declined, and we bought it. Then Nokia came out with its own flip phone and the status quo was restored: The company was again the king of the dumb (actually, let’s be politically correct – mentally disadvantaged) phone castle. The flip phone was a technological change, but it was

still in Nokia’s domain of core competency. The stock ran up and became fully valued; we made money and sold it. We patted ourselves on the back.

Now, the mistake many investors made, including yours truly, was not seeing that although the iPhone was still called a phone, it was not really a phone but rather a portable computer that, in addition to doing a lot of other smart things, also made phone calls (which the first iPhones were not really good at, but the people who owned them didn’t really care). It was not Apple that dethroned Nokia, not at all. Nokia did it to itself. Nokia should have looked at the iPhone and blown Apple a huge air kiss, thanking it for showing the future of “phone,” and then gone on to develop its own smartphone.

I made the mistake of applying my 2004 mental model to our Nokia purchase in 2008. With the introduction of the iPhone, Apple took a mentally disadvantaged phone and pushed it into a very different domain with a very different ecosystem.

Nokia was a very efficient designer and manufacturer of phones that had very little software and limited functionality. In 2008, the company employed thousands of engineers who knew a lot about wireless signals, plastics, moldings, coatings, and so forth. But collectively they knew little about CPUs, software, and user interfaces. Nokia tried to respond to the iPhone the only way it knew how – by taking its Symbian operating system designed for low-IQ phones and trying to remold it into a smartphone operating system. That attempt failed miserably. We realized what was happening later than we should have and gave up a good chunk of our 2004 Nokia gains.

I never thought I’d say this, but knowledge is not always an asset. When you are in the middle of a transition from one domain to another, your knowledge of the past domain may cloud your vision. You’ll be seeing through the lenses you’re used to wearing.

When the first cars were made, they didn’t have steering wheels, they had tillers, because they were made by a horse carriage manufacturer. Though it was possible to transition from making horse carriages to making cars, most companies did not; they were stuck in the old “buggy” domain and did not switch to the new “auto” domain.

It is difficult to kill your cash cow

Clayton Christensen discussed this concept in his book The Innovator’s Dilemma. When your core business is minting money, it is difficult to create another business that may be future-proof but will undermine your core business, especially if the threat is nascent at the time and seems far away. These threats are usually nascent and far away.

When Amazon was practicing e-commerce on books, everyone believed Barnes & Noble would be able to suffocate the tiny company because B&N sold more books in a day than 1997 Amazon sold in months. However, snuffing out Amazon would require Barnes & Noble to lower online and possibly in-store prices, which would hurt its very profitable store business. Well, we all know how that story ended.

You need to have the capacity to suffer

Recode’s Jason Del Rey wrote a great article that gave us some terrific insights into Walmart’s effort to compete with Amazon. In 2016, Walmart paid $3.3 billion for Jet.com. It seemed like a huge sum considering that there were no other bidders

and Jet’s forecast for 2016 was $1 billion in revenue and no profits. But investors took this as positive news – finally, Walmart had an e-commerce strategy to compete with Amazon’s – and Walmart’s stock price went up. Jet.com CEO and founder Marc Lore was put in charge of Walmart’s U.S. e-commerce effort.

The average Walmart store stocks about 150,000 items. The Amazon website carries about 12 million items – over 300 million items if you count those sold by the company’s Marketplace vendors. In addition to great customer service, Amazon offers great prices, incredible selection, and almost-instant delivery.

If you were an Amazon Prime customer, until recently you had to wait a full two days to get your purchase delivered to you (my heart goes out to you). Not anymore; your suffering is over. Amazon will swallow an $800 million annual loss and start delivering goods to you in one day. Amazon can do this because it is a technological beast that is a byproduct of years and billions of dollars of investment in technology and infrastructure. Today Amazon has 110 distribution centers in the U.S. Its management and shareholders have the capacity to suffer an $800 million loss in the short run, knowing that the strategy will widen the moat around Amazon’s business.

Walmart has 20 distribution centers in the U.S. For Walmart to catch up with Amazon, it needs to invest, and invest a lot. Walmart’s current infrastructure is designed to support Walmart stores but not to deliver millions of products to customers in one day.

The Recode article details the tensions between Marc Lore and the CEO of Walmart U.S., Greg Foran. Though Walmart’s online sales are up 40% (in part thanks to grocery delivery), the company is losing $1 billion on $20 billion of online sales, which is about 5% of Walmart’s total sales. The company’s board and Greg Foran are not happy about these losses. Walmart is still an incredibly profitable and cash-generative company (with net income of about $7 billion and free cash flows of about $12 billion), but it is a company that has never lost money before. Losses are not in its DNA, while losses are Jeff Bezos’ middle name. To make things more complicated, Greg Foran’s bonus is tied to profits of both offline and online stores, while Marc Lore’s is not.

You can see how difficult it is for even a company as dominant and successful as Walmart to adapt to a shift in domain. In addition to aligning incentives, it needs to have a capacity to suffer (lose money).

Few companies can do that, especially when the existential threat from a new domain seems far away. Walmart stock is owned because of its “safe” and growing dividend. Growing cash flows are safe; declining cash flows and a stagnant dividend are not safe. Walmart’s shareholders will revolt if its profit takes a significant fall, even though that may be required to secure the company’s future. This point is paramount. Walmart needs to invest billions of dollars and lose billions of dollars for a few years, not because Walmart needs to grow but because if it doesn’t invest it will turn into … well, the retail graveyard continues to expand: Kmart, Sears, RadioShack (though not officially dead, they are in hospice care), Circuit City, Montgomery Ward, and the list goes on.

Another important point: Amazon did not build 110 distribution centers overnight sometime in the warm summer of 2018. It built them gradually, year after year. At some point, Amazon had two distribution centers, then it had five. Walmart executives were probably laughing about Amazon’s losses; when investors asked if Walmart was concerned about Amazon, they probably answered, “Well, Amazon’s sales are X, and ours are 20X.” But stupendous sales in a domain that is at risk of melting away may mean very little in the domain that is coming to replace it. The same was true for horse carriage manufacturers, Barnes & Noble, Nokia, and … this brings us to Tesla.

The transition from ICE cars to EVs is not just a technological shift within a domain. It is not like the transition from two-wheel-drive sedans to four-wheel-drive SUVs; it is a radical shift into a new domain. I laid out this very extensive domain-shift framework to show that the success of ICE manufacturers in this new domain is anything but guaranteed. Let me expand this framework even further.

ICE cars are low-IQ phones, and Tesla’s Model 3 is an iPhone 3G. Cars last about 12 years and phones two to three, so this transition will happen in slow motion.

Vitaliy Katsenelson, CFA is CEO at IMA.    Vitaliy has written two books on investing, which were published by John Wiley & Sons.  He is working on a third - you can read a chapter from it, titled “The 6 Commandments of Value Investing” here).  You can read Vitaliy's articles on ContrarianEdge.com.  You can find audio versions of his articles at investor.fm.
++