Why the gasoline car compared to the EV is like comparing apples to oranges.

The complexity of the traditional ICE car is mind-boggling. There are several thousand moving parts that are interconnected by belts and gears and need to be constantly oiled and cooled. Air must be continuously pulled in to mix with gasoline to achieve combustion.

While the ICE engine is large, heavy, and “internally combusts” many times each second, the electric motor is exponentially simpler. It’s much lighter and smaller, and you can count the number of moving parts on your right hand; it can be mounted right on the axle. This removes a lot of complexity in car design.

This is the punchline: The motor is the most complex and important part of the ICE car, and it is one of the least complex parts of the EV and, perhaps surprisingly, not among the most important parts.

Part 1 Of This Series 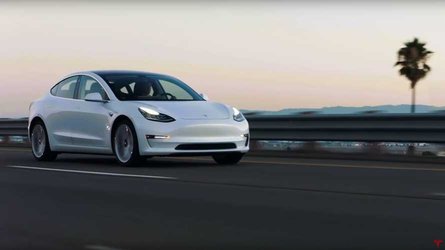 Let’s pause for a second and admire the brilliance of electric car design. It took me owning the car for a few weeks to fully inhale its brilliance. An ICE engine needs to be revved up to 1,500–6,000 RPMs to get optimum torque, then shifting gears results in the desired speed. The electric motor instantly gets to maximum torque; by increasing or decreasing RPMs, the desired speed is achieved without any gears. None! Every time you add gears between the engine and the wheels, you add complexity and lose power. This is why ICE cars are only 30% efficient while EVs are 80% efficient.

Let’s say you want to turn a two-wheel-drive ICE car into four-wheel drive. Now you need to transmit the power from the engine, which sits in the front of the car, to the back of the car. The power has to go through even more oiled metal parts to make it to the back wheels, so you lose power and reduce gas mileage.

The EV solution to four-wheel drive is very different: You just put another watermelon-sized motor on the rear axle and you double the power of the car.

This is where it gets interesting. The second motor adds some weight and cost, but it doesn’t increase the complexity of the car and it results in better “fuel” efficiency. The second motor increases the efficiency and range of the vehicle because the EV actually generates electricity when you brake, through regenerative braking. Instead of pushing on the brake when you want to slow down, you let off the “gas” pedal. The car continues to roll by momentum and turns the electric motor, which now, instead of consuming electricity, generates electricity, recharges the battery, and also slows down the car. Thus, you get regenerative braking! And because two motors produce more electricity than one, the second engine increases the EV’s range.

Because EV motors sit on top of axles, the whole concoction looks a lot like a skateboard with a battery lying flat between the axles. Tesla pioneered this design. It results in several benefits. First, the absence of a transmission means there is nothing bulging down the center of the car and thus there is more space inside the cabin.

Second, you have empty space up front, which can be used for storage – that’s called the frunk. There is a significant safety benefit of the frunk: It serves as a giant bumper. In a front-end collision, the frunk absorbs the energy of the impact, whereas in an ICE car the engine absorbs the energy and then transfers it directly into the cabin, impacting the driver and front-seat passenger.

Third, the battery pack significantly lowers the Tesla’s center of gravity, improving the driving experience and making the car less likely to flip.

Fourth, because electric motors produce greater initial torque, EV cars are quicker than ICE cars. My Model 3 goes from 0 to 60 in 4.4 seconds. Every time my wife gets into the passenger seat of my Model 3, she reminds me that I am a money manager, not a professional race car driver. The performance version that costs about $7,000 more than the version I bought does this in 3.2 seconds, putting it on a par with a super sports car like a Corvette.

Fifth, because electric motors work on electromagnetism and there is little friction, you don’t need to oil them. There are very few moving parts, so electric cars require a lot less servicing than their ICE counterparts. Due to regenerative braking, even the brake pads should last much longer than on ICE cars.

I can keep going, but I’ll stop with six: An electric car does not need a grille in the front because it doesn’t have a traditional radiator, as it doesn’t need to cool down the engine, nor does it need to pump air into the engine. Therefore, the car is a lot more aerodynamic and thus again more efficient.

As a side note, it is too early to freak out about the impact electric cars will have on car dealerships and car repair and service businesses. The U.S. sells about 17 million cars a year, and there are about 180 million cars on the road today. If EV sales accounted for half (8.5 million units) starting today and continued at that rate for the next 10 years, at the end of that period the total EVs on the road would still be only half of all vehicles.

Reality check: In 2018, only a few hundred thousand EV cars were sold. In the short run, EVs will have little impact on ICE servicing businesses; in the long run, those businesses will decline dramatically into a sunset.

Vitaliy Katsenelson, CFA is CEO at IMA.    Vitaliy has written two books on investing, which were published by John Wiley & Sons.  He is working on a third - you can read a chapter from it, titled “The 6 Commandments of Value Investing” here).  You can read Vitaliy's articles on ContrarianEdge.com.  You can find audio versions of his articles at investor.fm.
By: Vitaliy Katsenelson
++
++
Got a tip for us? Email: tips@insideevs.com