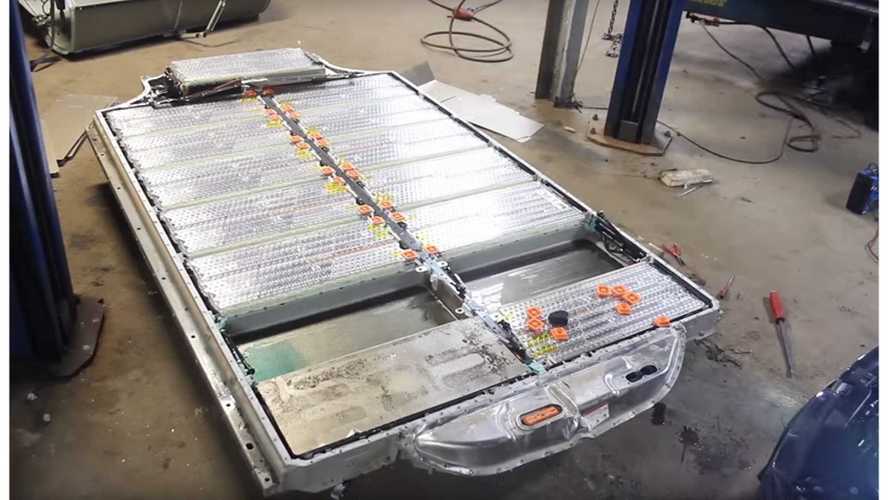 Without risk, there's no reward.

The main character in an ICE car is the engine. Car companies spent billions of dollars to make it do more with less, and they are running into decreasing marginal returns. They have to keep spending more and more to keep getting less and less.

Because the battery (especially Tesla’s, as you’ll see shortly) is one of the key parts in the EV, it needs to be romanced tenderly to maintain the battery’s charge and longevity. Your iPhone is optimized for the duration of charge but not for battery longevity. First of all, Apple has an incentive to build planned obsolescence into its iPhone – it wants you to replace it every three years. Second, most iPhones don’t spend much time sitting outside in very hot or cold weather; they mostly remain in the comfort of your pocket, at a battery-friendly temperature. And finally, the cost of replacing a battery in your iPhone is $70, but replacing a Tesla battery costs $10,000.

Check Out Parts 1 Through 3 Of This Series Here

The lithium-ion battery – the battery used in your smartphone and Tesla – basically works on a chemical reaction and is sensitive to hot and cold weather. In cold weather, a battery loses its charge faster; hot weather damages a battery, reducing its charging capacity and shortening its life. As the battery is one of the most important assets of the EV, the car constantly micromanages its battery – in hot weather, it cools it down; in cold weather, it warms it up.

Therefore, your EV driving range will vary in different temperatures by as much as 30%. In addition to the car diverting energy from the battery to maintain the battery’s temperature (cooling it down or warming it up), energy is also diverted to maintain the temperature in the cabin. Unlike an ICE car that takes heat generated by the engine and turns it into warm air for the cabin, an EV uses its battery to create warm and cool air.

This brings us to what Tesla enthusiasts call phantom drain. When you are not driving and your EV sits idle, the battery charge declines. If you think about it, the same thing happens to your iPhone. Even when you don’t use it, the phone is still connected to cell towers and Wi-Fi, and thus the battery still loses power. In the EV, in addition to using energy to arm the security system and maintain a constant connection to a wireless network, the car is protecting the battery when it is hot or cold. I estimate that my Model 3 loses about 12 miles a day to phantom drain, costing me around $110 a year, or the cost of two oil changes.

The engine in an EV, though it will incrementally improve over time, is a less important player. The battery is the most expensive single part of the car and a very complex one, too. Tesla doesn’t own the battery cell technology (AA-looking battery units) that goes into its batteries; that belongs to its partner, Japanese conglomerate Panasonic. Tesla designed the battery pack the enclosure that houses the battery cells) and the battery management system controller (computer) that routes and manages electricity flow and the microclimate of the battery cells.

The battery is a key technology for Tesla, but as of right now Panasonic is in control of a big part of it. Just as Apple chose to bring development of the CPU that powers its iPhone in-house, Tesla, which is vertically integrated, may eventually increase its control over its battery technology. The company’s purchase of Maxwell Technologies, which has a battery technology that may significantly lower the cost of cell manufacturing, is the first move toward independence from Panasonic.

On the one hand, this strategy has a great appeal because if Tesla is able to produce a better (more durable, lighter, longer-range, faster-charging) battery at a lower cost, it could become a source of a competitive advantage. Today Tesla doesn’t fully control its destiny when it comes to batteries, so if BMW decides to use Panasonic’s cells, Panasonic will gladly sell to it. BMW would still have to develop its own battery management controller, though.

On the other hand, this vertical-integration strategy could backfire. If EV batteries turn into a commodity and the aforementioned features become ubiquitous, then the lowest-cost manufacturer wins. Tesla would argue that vertical integration will ultimately result in lower costs. The company has built a giant battery factory in Nevada that it calls the Gigafactory. When it is fully operational, the Gigafactory will be able to manufacture twice the quantity of lithium ion batteries produced globally today. Tesla owns the building, and Panasonic owns the cell manufacturing equipment.

Traditional ICE automakers that are tiptoeing into EVs have taken a more conservative strategy and are relying on suppliers (LG Chem, Samsung SDI, and others) to produce a complete battery for them.

(A factoid: Though the battery is called lithium-ion, lithium is only 2% of the battery, which consists mostly of nickel and other metals. Rodney Dangerfield would say that nickel gets no respect, and he’d be right.)

I promise this will not turn into a chemistry class, but the battery consists of two electrodes (elements through which electricity flows), the cathode and the anode. Think of the plus and minus signs on your AAA battery. Cathodes carry negative charge and anodes positive charge.

One of the biggest differences between the Tesla battery and the batteries used in other companies’ EVs (like the BMW i3, Chevy Volt, and Jaguar i-PACE) is the metals they put in the cathode. Traditional car companies chose the NMC (nickel, manganese, cobalt) combination, while Tesla ended up making a less conservative choice of NCA (nickel, cobalt, aluminum). NCA offers long battery life, quick charging, and great performance. NMC, on the other hand, produces slightly less energy but is less volatile and withstands larger ranges and variations of temperature.

Tesla chose a more potent and more volatile cathode chemistry and elected to control its volatility by trying to manage the macroenvironment of the cells by a special design of the battery enclosure, in order to cool or warm the battery cells as needed. Each battery pack comes with an incredibly sophisticated battery management system that tracks the voltage and temperature of each cell and orchestrates which cells the Model 3 uses.

But let’s not sugarcoat this. The Tesla battery has better performance by almost every measure except safety. This is the reason that from time to time you’ll see a video of a Model X or a Model S catching fire on social media. In all fairness, though, “Tesla catching fire” makes great headlines because Tesla is the new, exciting kid on the block.

If local news reported every time a GM or Ford vehicle caught fire, it would have no time to broadcast other news. According to FEMA, “Approximately one in eight fires responded to by fire departments across the nation is a highway vehicle fire.” I suspect FEMA is referring mostly to ICE cars in this statement, as it covers the period 2014 through 2016, when Tesla had very few cars on the road.

A Tesla bull (Tesla’s PR department and Elon Musk) and a Tesla bear (a short seller) debated Tesla safety in this article. You decide who is right or wrong.

If I wanted to avoid this along with all the other risks of modern life, I’d be living in a cabin deep in the woods, where I’d still be risking an attack by a not-so-modern bear. Also, if you take a close look at this short seller’s spreadsheet that tracks every death Tesla has been involved in globally since 2013 (including accidents like “Concrete falls on Tesla” and “BMW strikes Tesla”), you’ll see that over the past 20 months (2018 and 2019) only four people died in burning Teslas, despite the company’s skyrocketing deliveries of Model 3s in that period. It is unclear if they died because of fire or from injuries sustained in the accidents.

Lithium-ion batteries are a technology of the late 1980s. They were improved in the ’90s and the early part of this century at a somewhat slow pace (especially if you compare them with semiconductors, which have followed Moore’s law, doubling in speed every 18 months). The rate of improvement has accelerated over the past decade (in large part thanks to Tesla), and the cost per kilowatt-hour (kWh) declined from $446 in 2013 to $127 in 2018. Considering that the Model 3 comes with a 75kWh battery, the approximate cost of the battery has declined from $33,000 to $10,000.

From the perspective of how much it will likely evolve over the next decade or two, EV battery technology is still in its infancy. Until recently, it had little incentive to improve – it was good enough for your flashlight and clock radio. Smartphones and laptops definitely have helped to propel it forward, but their focus is on the duration of the charge more than on the number of charges and dramatically lowering costs (these objectives are a bit mutually exclusive).

As we transition from ICE cars to EVs, the value of the prize will explode as today car industry sales exceed $2 trillion; tens if not hundreds of billions of dollars will be poured into improving the battery. Future EV batteries will have a longer range, last longer, and charge faster. Tesla has already gone through three reformulations of its battery. My $50,000 Model 3 has the latest version, which happens to charge faster than the $90,000 Model X or the $80,000 Model S that Tesla sells today. (And maybe the Model 3 catches fire less – or maybe that’s wishful thinking on my part.)

EV is a giant computer on wheels, and historically as computer hardware became commoditized, most of the remaining value was in software.

Vitaliy Katsenelson, CFA is CEO at IMA.    Vitaliy has written two books on investing, which were published by John Wiley & Sons.  He is working on a third - you can read a chapter from it, titled “The 6 Commandments of Value Investing” here).  You can read Vitaliy's articles on ContrarianEdge.com.  You can find audio versions of his articles at investor.fm.
++7