We finally have some hard data for the Model 3.

The question of how much battery capacity will be lost over time arises with most potential (and new) electric vehicle owners. Now, we have some hard data from existing Tesla Model 3 owners which can help uncover the answer. 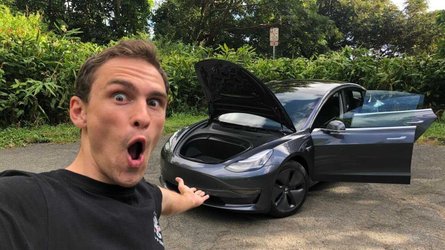 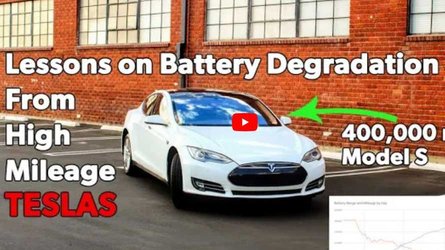 Elon Musk stated earlier this year that the Tesla Model 3 drive unit and body was designed to last one million miles. The battery, however, has a minimum lifespan of 1,500 charge cycles which should translate to 300,000+ miles (standard range/standard range plus) to 500,000 miles (long-range variants).

A charge cycle is when you've used 100% of rated battery capacity. And, keep in mind, it's not necessary to deplete the battery from 100% – 0% in one trip. To that end, we can understand a charge cycle via a simple example: let’s assume you've driven your car 120 miles today (50% depletion on SR+) and plugged-in for the night and charged it to 100% and you went on a 120 mile road trip the next day, using 50% of the battery again — this would be counted as ‘one cycle’ according to Apple Inc.

To put things in perspective, according to the US Department of Transportation Federal Highway Administration, Americans drive an average of 13,476 miles a year. Therefore, reaching 300,000 – 500,000 miles will take quite a bit of time for the average Joe (see table below for a detailed breakdown by age and gender).

But not everybody drives like the average Joe. Twitter user, @TeslaMiles, gathers data for the highest mileage Tesla owners via his Tesla High Mileage Leaderboard. The 76 highest mileage Model 3 owners on his list have accumulated 2.9 million miles which translates to an average of 39,372 miles driven for each car.

One of the those highly ranked Model 3 owners on the list (#8) is Matthew from the YouTube channel, Tech Forum. Matthew shared his thoughts on how much battery degradation he's seen in his Model 3 after driving more than 50,000 miles.

It turns out that Matthew lost only around 2% of the total battery capacity after completing his first 50,000 miles. In the video, he explains that the first 50,000 miles of battery degradation tends to be the biggest hit. After that, the drop in lost capacity appears to be consistently low.

Above: A visual representation of Tesla Battery Degradation gathered from 2,636 Tesla owners. Tap/Click to open graph in a new tab (Source: Teslanomics by Ben Sullins)