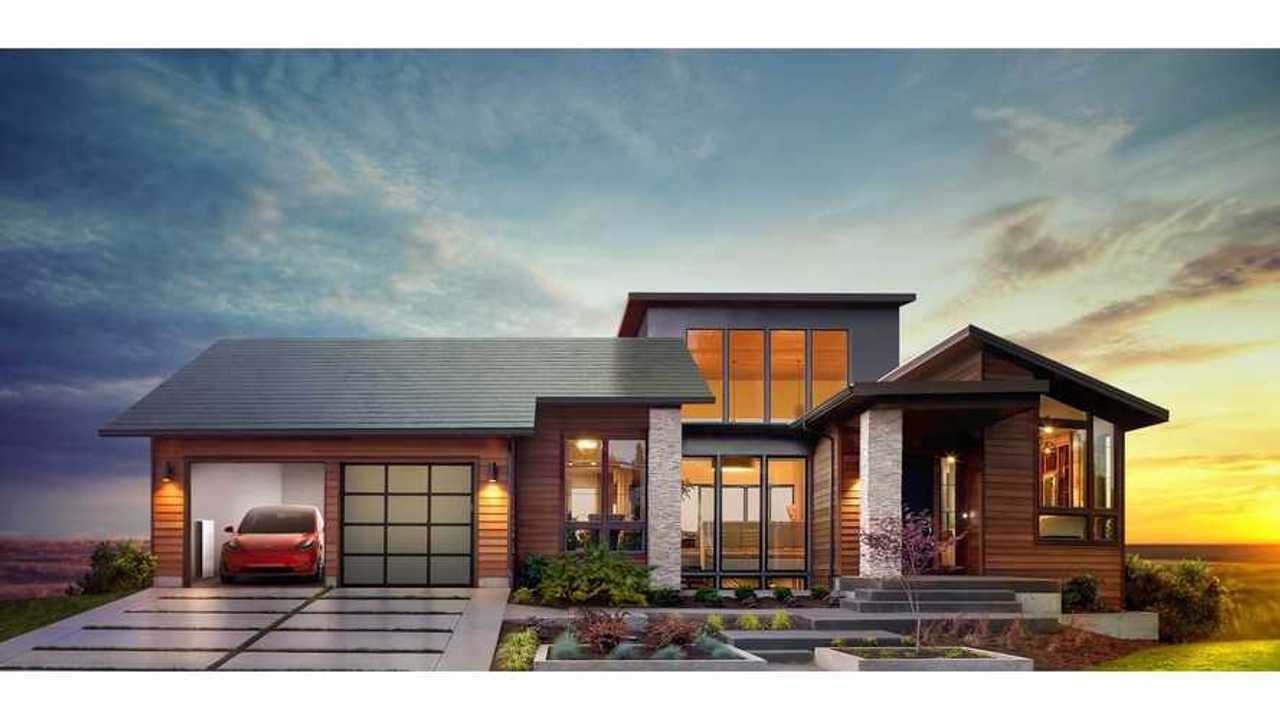 If tomorrow everyone in the U.S. switched to an EV, we’d instantly cut our nation’s CO2 emissions by more than a third.

My wife loves driving the Tesla Model 3, not for all the selfish reasons I like to drive it (it is fast and quite the iPad on wheels) but because she feels she helps the environment. Is she right?

Unlike an ICE car, which takes fuel stored in the gas tank, combusts it in the engine, and thus creates kinetic energy, Tesla takes electricity stored in the battery pack and converts it directly into kinetic energy. That’s a very clean and quiet process. However, the electricity that magically appears in our electrical outlets is not a gift from Thor, the thunder god; it was generated somewhere and transmitted to us.

More From This Ongoing Series

As I write this, I am slightly disturbed by how the topic I am about to discuss has been politicized. I am not going to debate global warming here, but let’s at least agree that an excess of carbon dioxide (CO2) and carbon monoxide (CO) is bad for you and me, and for the environment. If you disagree with me, start an ICE car in your garage, roll down the windows, and sit there for about 20 minutes. Actually, please don’t, because you’ll die.

So let’s agree that a billion cars emitting CO and CO2 is not good and that if we emit less CO and CO2 it is good for air quality. Roughly two-thirds of the electricity generated in the U.S. is sourced from fossil fuels. The good news is that only half of that comes from coal; the other half comes from natural gas, which produces half as much CO2 as coal (though it has its own side effects – it leaks methane). Another 20% of U.S. energy comes from nuclear, which produces zero carbon emissions. The remaining 17% comes from “green” sources, such as hydro (7%), wind (6.6%), and solar (1.7%).

So if tomorrow everyone in the U.S. switched to an EV, and our electrical grid was able to handle it, we’d instantly cut our nation’s CO2 emissions by more than a third – that’s a good thing.

More From This Ongoing Series

Aside from all the reasons above (including going from 0 to 60 mph in 4.4 seconds), the reason I am a big fan of electric is that it gives us choices. Gasoline cars run either on oil or on oil. Electric cars open the door for alternative energy sources. That flexibility means oil might stop being the commodity that dictates our geopolitics, and that could mean we’ll have fewer wars.

Nuclear power plants have little environmental footprint – they spit out steam. But we have had Chernobyl, Three Mile Island, and Fukushima. It is unclear how many people died in those disasters because the death toll estimates range from a few dozen who died from direct exposure to thousands who died from cancer caused by radiation.

If cooler minds had prevailed, we would not be on the fourth generation of nuclear reactors but the four hundredth. Nuclear should be our core energy source: It is cheap; it produces very little CO2; it provides stable, predictable output; and the latest versions are safe (they cool themselves down if there is loss of power). However, what I have learned in investing is that what I think should happen doesn’t matter; only what will happen matters. Here is the good news: Nuclear production is expected to increase by almost 50% over the next 20 years, and 90% of the increase will come from the two most populous nations – China and India.

After the Fukushima disaster, Germany decided it wanted to quit nuclear by 2022 (ironically, Japan is going back to nuclear), and its green (wind, solar, hydro, biomass) energy generation went from less than 20% in 2011 to 44% in 2018. Its electricity price to households went up 24% over that period. Germans pay almost three times as much for electricity as Americans, while their CO2 emissions have not budged.

This happened for two reasons. First, wind turbines and solar replaced nuclear, which produced little CO2; second, Mother Nature is not predictable, even in Germany. On a cloudy day, solar output drops, and if the wind doesn’t blow, wind turbines don’t turn, and “peak” coal- or gas-fed power plants have to come online to fill in the gap. Peak plants are smaller, usually less efficient power plants that produce more CO2 per kilowatt-hour than larger plants.

Despite the overall jump in Germany’s electricity costs, electricity prices in Germany turned negative (yes, negative) on more than 100 occasions in 2017; customers were paid to use electricity. It was breezy and sunny, so renewables produced a lot of energy, but there was no demand for it, so it was cheaper to pay consumers to use power than to disconnect wind turbines and solar panels from the grid.

Ten or 15 years ago, the thinking was that the solution to our energy problems would be the price of solar dropping. It has, falling by 50% to 80% over the past decade, and this trend will likely continue. The problem is that when we need heat or AC in our houses, we expect it to be available instantly, even on cloudy days.

Interestingly, Tesla provided a 100-megawatt battery system to the state of South Australia for $66 million to help it deal with a massive blackout in February 2017. It is unclear if Tesla actually made money on this transaction. However, it was reported that the battery saved the state $17 million in six months by allowing it to sell extra power to the grid. Recently, Tesla announced the Megapack (a battery pack that looks like a shipping container), a large, utility-grade solution that has 60% greater power density than the battery used in South Australia. Thus, the billions poured into battery technology for EVs are having the unintended consequence of lowering the cost of peak batteries.

There is another inconvenient truth. Batteries and renewables, in general, are made of earthly materials that have to be mined, transported, refined, and turned into finished products, which are often “browner” (or whatever color is the opposite of green) than nongreen alternatives. The Tesla battery weighs about a thousand pounds and requires 500,000 pounds of raw material to be unearthed to build it.

And there is yet another issue with lithium-ion batteries. They require cobalt, a mineral that is found in the Earth’s crust. But 50% to 70% (depending on the source) of cobalt reserves are in the Democratic Republic of the Congo (DRC), a politically unstable country that doesn’t shy from inhuman labor practices and child labor. Tesla and Panasonic have been reducing the amount of cobalt used in their batteries; it has declined by 60% – the Model 3 battery contains only 2.8% cobalt (the Volkswagen ID.3’s battery contains 12% to 14% cobalt). Tesla and Panasonic recently announced that they are working on a cobalt-free battery; they’ll substitute silicon for cobalt.

I have to confess that after researching this topic I now understand why Jeff Bezos believes we should mine asteroids for minerals and is committed to spending all his Amazon wealth on Blue Origin, his aerospace venture. And Elon Musk’s SpaceX seeks to relocate earthlings to Mars. No matter what path we take in generating electricity, we will still produce plenty of carbon dioxide in the process. However, electric cars provide options (some are better than others), where gasoline cars are making chose between oil or oil.

What Is Going to Happen to Oil?

Today 70% of oil is used for transportation. In other words, we produce about 80 million barrels a day globally. Of that, 60 million barrels go to cars, trucks, and airplanes, and the rest goes for plastics, heating, and other uses. As EVs start taking market share from ICE cars, the demand for oil will decline.

If in five or 10 years EVs are 20% of the total cars on the road, then demand for oil will drop by 12 million barrels a day. Oil production requires a significant up-front investment, and thus oil companies have a strong incentive to pump as much oil out of their wells as they can for as long as they can, as long as their marginal extraction cost is below the price of oil. But supply exceeding demand will eventually lead to a collapse in oil prices.

Low oil prices will lead to bankruptcies, which in turn will lead to decreases in the supply of oil. Oil prices will stabilize temporarily, only to face further declines in demand as EVs continue to take market share. (At some point, national governments will put in ICE phaseout deadlines, which will accelerate EV adoption.) Oil prices will decline again, and the vicious cycle will continue.

Vitaliy Katsenelson, CFA is CEO at IMA.    Vitaliy has written two books on investing, which were published by John Wiley & Sons.  He is working on a third - you can read a chapter from it, titled “The 6 Commandments of Value Investing” here).  You can read Vitaliy's articles on ContrarianEdge.com.  You can find audio versions of his articles at investor.fm.
++
Got a tip for us? Email: tips@insideevs.com