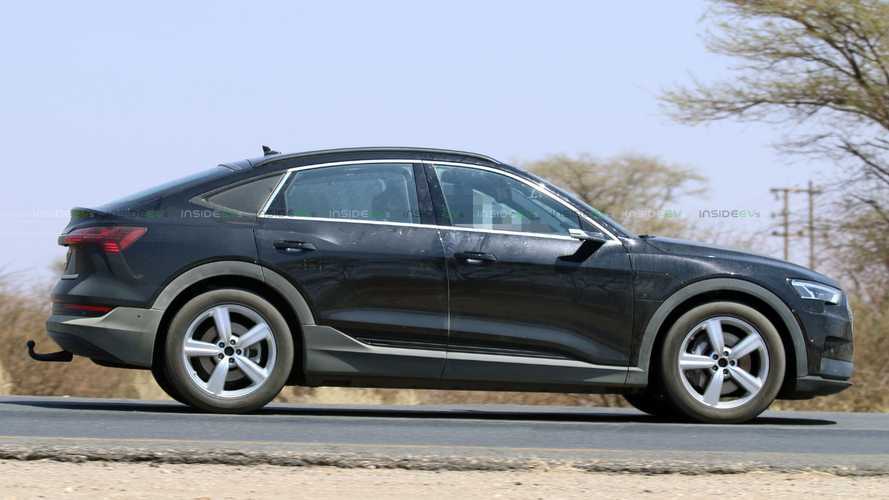 Spy photographers recently caught one of the Audi e-tron Sportback prototypes without camouflage and it looks quite similar to a production Audi e-tron SUV.

The Sportback coupe version is kind of a low-cost approach to introducing another model version, which soon we will see in many all-electric cars from the Volkswagen Group. For sure there will be plenty of customers that will opt for the attractive coupe styling, even if there might be not that much rear headroom.

Here is what Automedia noted about the prototype:

"We knew there was going to be a coupe version of the e-tron almost from the start, as Audi was keen to show all its plans through concepts. But this is the closest we've seen it to production readiness, and it doesn't look 100% like the concept.

The main difference is the shape of the grille, which is more like that of the regular e-tron. It's got fake lovers all over with the ones in the middle left open."

The e-tron Sportback will be produced alongside the e-tron in Brussels, Belgium from next year on. It has the same battery/drivetrain as the e-tron.

Let's check out the photo gallery:

The unveiling of the final production version is scheduled for the Los Angeles Auto Show on November 19.