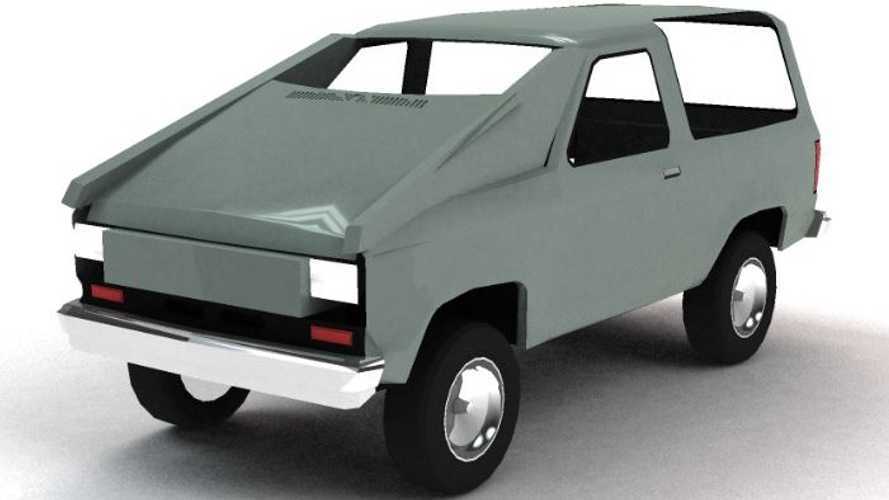 These renders are far from real, but that's the point.

The future Tesla SUV certainly won't look even the slightest bit like this. And, believe it or not, that's the whole point.

Our pals over at Jalopnik called us out on our recent Tesla truck render (image down below) and we found Jalopnik's take on the situation to be completely hilarious. Therefore, we're inclined to share this new (mostly comical) Tesla SUV render (obviously it started life as a Bronco II before it was glitched out by a gaming system).

A Model 4 render (perhaps of even more comical value) can be found over at Jalopnik here.

InsideEVs, why are you publishing this?

That’s not a Tesla truck render. That’s a truck from a video game glitching out.

We haven't seen that truck in a video game yet (and our image is high-res, so it can't be N64 related), but the truth is, nobody knows what the Tesla truck will look like and each guess is as good or bad as the next. From the lone teaser released by Elon Musk, there's not much to go on besides some oddly shaped front end element of the truck.

Like, what in the heck is that? Some polygons combined together with a light and a logo. What can we make of this? Not much and that's why everyone is guessing. Which guess is the closest? We haven't a clue, but it looks like we'll all find out next month when Tesla reveals the Tesla truck to the world.

Until then, keep the guesses and renders coming.

Now go ahead and check out that Model 4 render. It's...umm...polarizing. Or, in the words of Jalopnik: