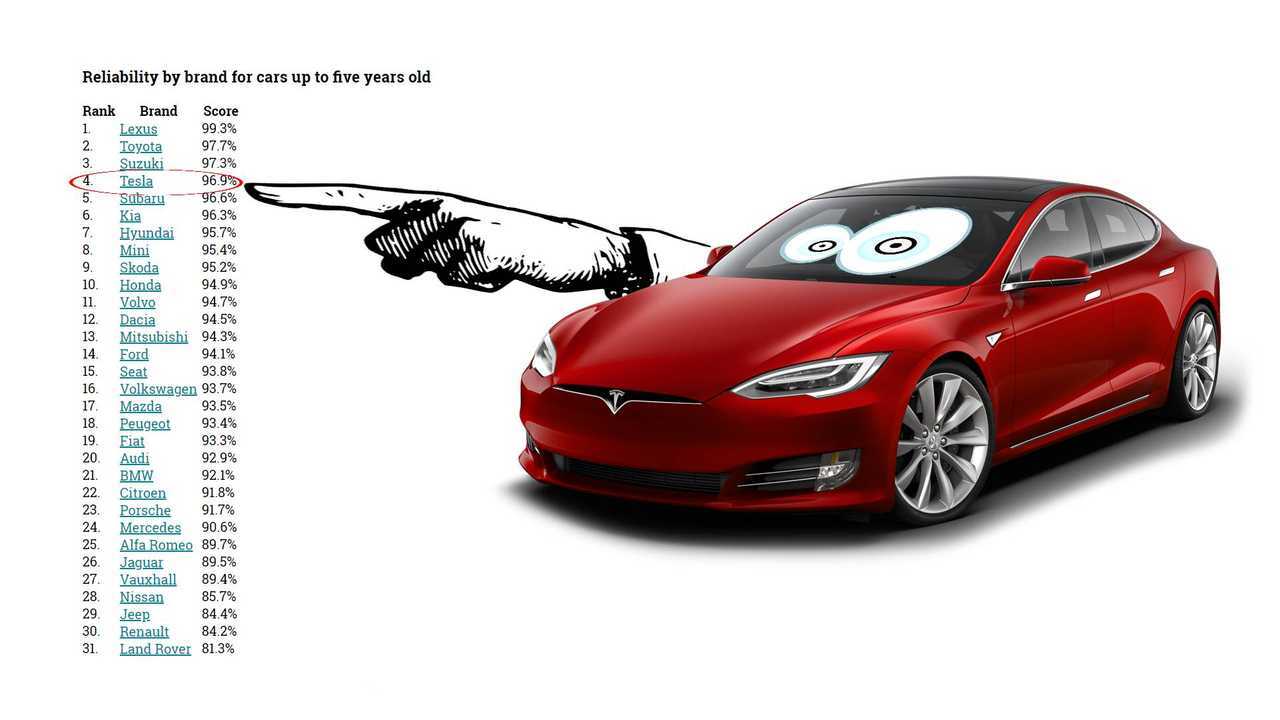 “What Car?” may have had some issues in testing electric cars, we know. But that is a sign that the British magazine does not choose the easy way to write its articles. See their reliability survey, for example. They have checked servicing records for more than 18,000 vehicles, which comprise 218 models sold in the UK. Perhaps even to Tesla’s surprise, the American EV maker is one of the most reliable available in that market.

The results put Tesla ahead of brands with a reputation for dependability, such as Subaru (5th) and Honda (10th). Even with a minimal lineup of cars: Model S, Model X, and Model 3.

These 5 Electric Cars Have The Worst Reliability, Says Consumer Reports

The recent problems with the Model S battery pack do not seem to have affected Tesla’s fantastic position on the ranking. Model 3’s sales have just started there, so this is why the new EV does not appear in the survey. But we miss the Model X.

The only vehicle that seems to appear in the magazine’s lists is the Model S, with a record of 98.9 percent. The best ones have a 100 percent record.

Yet, Tesla as a whole registered a score of 96.9 percent. We wonder why. If the Model S is the only vehicle from Tesla analyzed by the research, shouldn’t it have the same record of the car?

In case it had, it would be ahead of Toyota, which loses only to Lexus when it comes to reliability. The worst carmaker in that matter – much to the disappointment of the British fans – is Land Rover, in the 31st position. Jaguar is a little better, at the 26th position. The data it has analyzed comes from cars with up to five years.

Curiously, “What Car?” itself seems not to have noticed Tesla’s position. Or thinks it was not worth mentioning for any reason. Anyway, it may help the company lower the insurance prices for its cars, which are very high in the UK. That and the Tesla Insurance.

Source: What Car? via Teslarati