How Will Tesla Insurance Manage To Be Cheaper Than Other Policies? 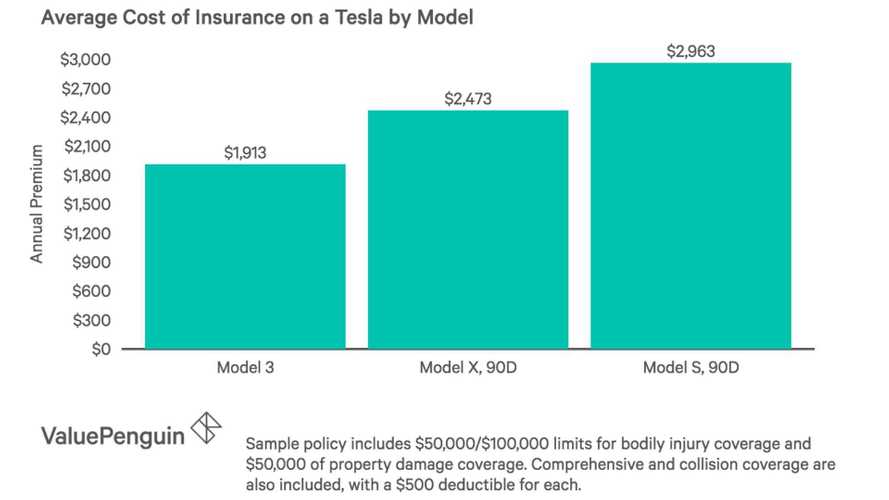 ValuePenguin.com analysis sheds some light on that.

Tesla vehicles are expensive to insure. Because of that, Tesla decided to offer a policy to make these costs lower but did not get into many details on how it will make that work. ValuePenguin.com dug a little deeper and managed to offer us a comprehensive analysis of what may make the Tesla Insurance cheaper. And we stress the “may” part.

Why are Tesla insurance costs so high? Mostly because they are not cheap to repair. To address that, ValuePenguin.com states Tesla would have its insured cars repaired exclusively at Tesla Service Centers. What would indeed be a great idea if the service centers were with a low load of things to handle.

They aren’t, at least worldwide. This is one of the reasons Nextmove saw Tesla cancel a major order for Model 3 units in Germany, for example.

Since they were being delivered with countless problems, the rental EV company tried to have Tesla make sure all cars would be repaired before delivery. But service centers in Germany could not have any new appointment until October, in some cases.

Tesla Insurance is being offered solely in California in this first phase. Will the company’s shops there be able to deal with the demand the policies will generate? If they are, bingo.

Other strategies Tesla is using to make its cars’ insurances cheaper is lowering the commission rate and offering discounts for loyalty, multi-policies, group policies, anti-theft devices, and drivers with good records. But one of the most interesting has to do with Autopilot. And the promised autonomous capabilities for Tesla cars.

Another sign that Tesla is on the verge of offering autonomous vehicles is that it wants to stimulate the use of these functionalities with its Tesla Insurance. According to ValuePenguin.com, there will be a table of discounts depending on the autonomy level you use:

ValuePenguin.com says Elon Musk once said Tesla Insurance would be able to offer discounts based on telematics, but there was no evidence in the filing with the California Department of Insurance about that whatsoever.

The autonomous capacities would present special coverages, such as autonomous vehicle owner liability, which “covers any bodily injury or property damage that occurs while your car is operating in autonomous vehicle mode (level 2 or higher), up to the same limits of liability of when you are driving”.

There are other interesting and exclusive ones, such as cyber identity fraud expense, wall charger coverage, and electronic key replacement – limited to two claims per policy period.

Will the new Tesla Insurance help the company effectively bring down the costs of insuring its vehicles? If Tesla Service Centers manage to cope with demand and autonomous driving is finally on the table, the answer is... perhaps, perhaps, perhaps.

Gallery: How Will The Tesla Insurance Manage To Be Cheaper Than Other Policies?