That's a violent collision, but it seems that luckily everyone was okay.

It seems this Honda CR-V driver blew through an intersection (and a red light) and then violently collided with a Tesla.

With TeslaCam always on, we constantly see more and more footage of what appears to be poor driving. This particular instance is a bit difficult to completely make sense of, but it appears as though the Honda CR-V runs the light (according to the various video descriptions and seen in the Tesla Crash Front video) and then violently strikes the Tesla. 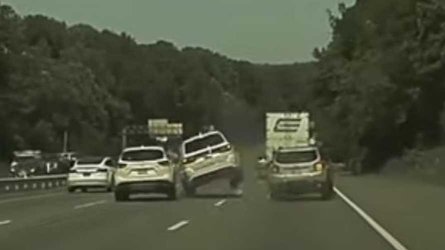 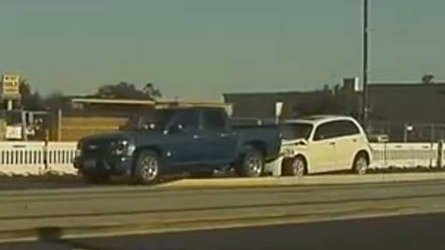 Rear-End Crash Caught On Camera By A Tesla

Over on YouTube, where the video originates, there's additional info to go on and there are more videos from different angles. Watch all of the video footage above and below and then drop a comment to let us know your take on the situation.

Date/TIme Format: August 30, 2019 @ 15:12:41 Notice light is green at 0:54 If you freeze frame @ 0:42 you can see the traffic light is red. Additionally, about a half second later you can clearly visualize the offending driver. As my car spins into oncoming traffic you can see that oncoming traffic has come to a stop at the red light.

Also, note the driver in the maroon SUV is witness who gave her statement to Sheriff's department. She was traveling directly behind me. Finally, note that oncoming traffic in her direction of travel is coming to a stop at the red light while traffic opposite me is proceeding with caution on green (red Honda Civic).