Renault e-Plein Air Unites The Past And The Future 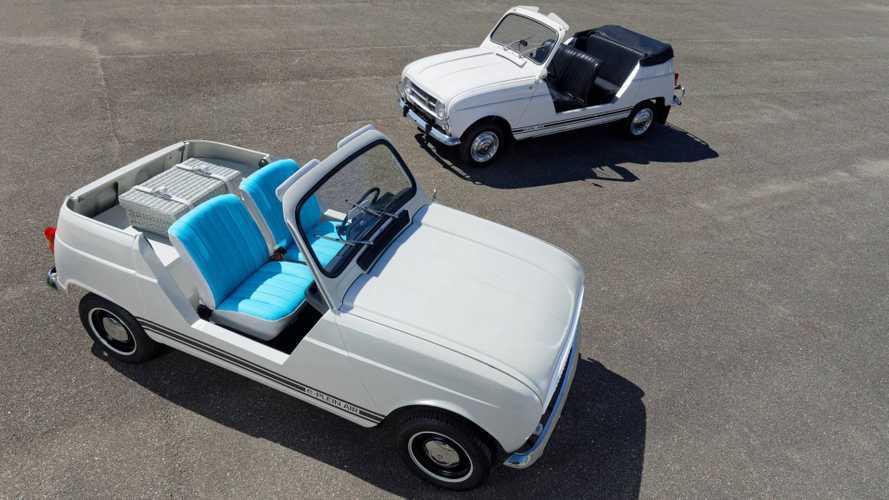 What would be a cross between the Twizy and the 4L? Exactly this.

People in Europe compare the Renault 4L to jeans when it comes to reliability and versatility. So it is no surprise fans have arranged an annual meeting, the 4L International, to celebrate the little wonder. Renault has seized the 10th anniversary of the event to pay the car an electric tribute with the e-Plein Air concept.

Based on the Plein Air version of the 4L – also known simply as Renault 4 – the e-Plein Air uses the Renault Twizy electric powertrain and battery pack to shock its audience. And it will probably be disappointed with the performance.

The Twizy is a two-place almost closed quadricycle that weighs 992 lb (450 kg). The lightest 4L had a 1,323 lb (600 kg) weight and it was surely not the Plein Air. This is why the range and speed of the concept must be even lower than the ones achieved by the modern urban EV.

Nonetheless, the e-Plein Air just wants to show that the 4L would look good with an EV retrofit and probably turn many heads on the streets.

The Plein Air was first shown in 1968 to compete with the Citroën Méhari. Or at least to try, since it was more expensive and less capable than its competitor, what led Renault to put it to sleep in 1970 after only 563 were ever built.

We are not aware of how many have survived, but one of them met the future of transportation – even if a very puny example – and became this show car. Fans of the 4L will be delighted anyway.

Gallery: Renault e-Plein Air Unites The Past And The Future