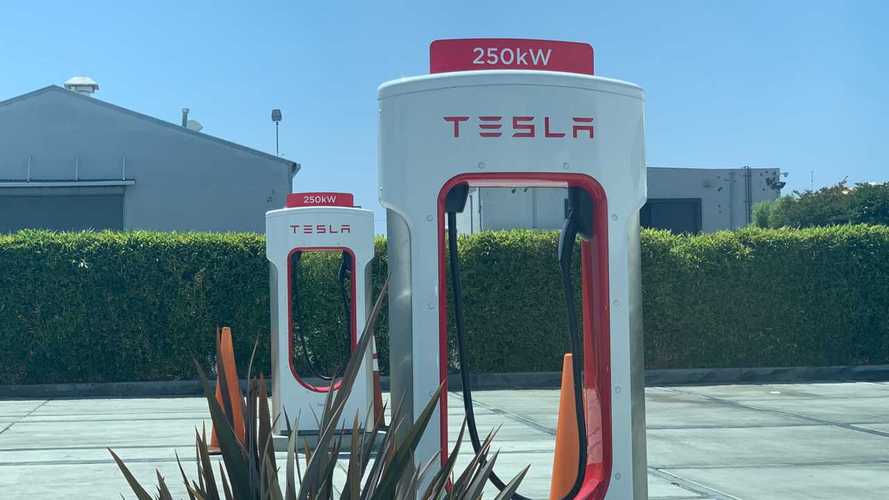 The new label clearly shows what the peak power output is.

One of the first Tesla V3 Supercharging station in Hawthorne, California recently was retrofitted with red "250 kW" sign according to the Steve Jobs’ Ghost.

It's most likely that Tesla is now experimenting with labeling the power output, probably to help drivers at least in the transition period where there will be both V2 and V3 Superchargers.

The new V3 Superchargers at the Tesla Factory in Fremont reportedly didn't get labels yet.

The power output is also displayed on the Tesla car navigation map.