It is the first-ever Tesla vehicle to receive this coveted award.

The weekly British magazine Auto Express has promoted the New Car Awards since 2012. That is exactly the same year in which Tesla presented the Model S. The Model X was presented in 2015. Right-hand drive Teslas date back to 2014, but it was necessary to wait for the Model 3 for Tesla to win not only as the Premium Electric Car of The Year, but also as the overall Car of The Year.

The main prize at the New Car Awards was the first the Model 3 received in 2019, shortly after its introduction to the UK market. Before that, Popular Mechanics had declared it as its 2018 Car of The Year. Automobile also named it the Design of The Year in 2018. 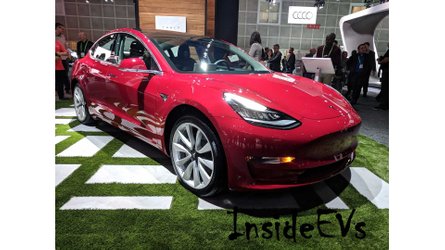 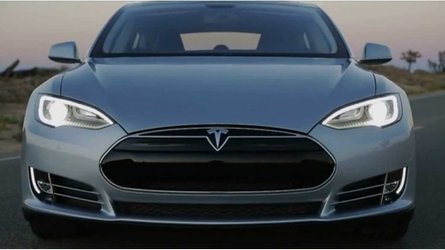 According to Steve Fowler, editor-in-chief of Auto Express, the fact that Tesla is just 16 years old “makes its achievements with the Model 3 all the more remarkable. It’s a car that’s hugely enjoyable to drive, cheap to run, safe and practical for family use, and one that integrates the latest tech into everyday life seamlessly. It’s the perfect car for the modern age.”

The text on the magazine’s website is slightly more critical. Although it says the Model 3 is “the best Tesla yet”, it also stresses that "the steering doesn’t have any feel". It won, despite that, because “the car’s dynamics and ability will genuinely surprise you”.

London, 9th July 2019: The all-electric Tesla Model 3 has been named Auto Express Car of the Year at the UK’s most prestigious New Car Awards ceremony.

This year’s Auto Express Awards, in association with Nextbase, saw the Model 3 named as the best new car on the market, with judges commending Tesla’s new entry-level car for its all-round ease of use, running costs, technology and performance.

Steve Fowler, Editor-in-Chief of Auto Express, said: &quot;Tesla is one of the most exciting car companies on the planet, with a reputation for building ground-breaking cars that are loved by owners and admired – not to mention copied – by rivals. And all that just 16 years into the company’s life.”

“That makes its achievements with the Model 3 all the more remarkable. It’s a car that’s hugely enjoyable to drive, cheap to run, safe and practical for family use, and one that integrates the latest tech into everyday life seamlessly. Of course, being electric, its environmental credentials are second to none, too. It’s the perfect car for the modern age.”

Tesla said: “We’d like to say a huge thank you to Auto Express for awarding Model 3 Car of the Year. “Tesla’s mission is to accelerate the world’s transition to sustainable energy, and it’s through electric vehicles winning accolades like this that we are able to move electric into the mainstream. Also a massive thanks to all the Tesla team for their hard work delivering such a great car, and to our owners for their commitment and belief in Tesla.”

British brands were also big winners, with the new Range Rover Evoque being named Best Small Premium SUV and the Land Rover Discovery winning the Best Large Premium SUV Award. Land Rover also won the Auto Express Technology Award for its ClearSight Ground View, which uses cameras to create a virtual view of the road immediately in front of and underneath the car. Other success stories include Skoda and BMW, both winning three Awards apiece.

This year marked the first time that two high-profile executives have been inducted into the Auto Express Hall of Fame. Fiat Chrysler Automobiles’ Chief Financial Officer Richard Palmer, who recently topped the Auto Express Brit List which recognises the most influential British executives in the car industry, became a member of the Hall of Fame. And Ian Callum CBE, who recently left his role as Design Director for Jaguar Cars, was also recognised for his transformative work within the car industry.

The Auto Express New Car Awards celebrate the best cars on sale, from city cars to performance models, and are voted for by the expert reviewers at Auto Express. Every single model on sale is analysed according to specific criteria, with only the very best cars making the winners’ list.

For the full story on all the winners and commended runners-­up, see the Auto Express Awards Special Issue, on sale today, or go to www.autoexpress.co.uk/awards.

City Car of the Year - Volkswagen up!

Supermini of the Year - Ford Fiesta

Roadster of the Year - Mazda MX-5

Performance Car of the Year - Porsche 911

Pick-up of the Year - Ford Ranger

Van of the Year - Vauxhall Combo

Car of the Year - Tesla Model 3

Auto Express is the UK’s biggest-selling weekly car magazine, while its website reaches over four million unique users every month. Auto Express delivers the big motoring news stories, scoop pictures, drives of new cars and road tests FIRST! Nothing moves in the world of cars without Auto Express knowing about it, from future models to changes in the law. Auto Express is the definitive road testing title, too – both in print and online, assessing more cars (over 1,100 a year) than any other title.

Dennis Automotive magazines are purchased by almost 150,000 people every month, 47% of which are through subscriptions. The Dennis network of automotive sites were visited 115m times in the last year. Over 420m page impressions were generated across mobile and desktop platforms.

Our online automotive retail site buyacar.co.uk transacts thousands of cars a year and lends millions of pounds in finance to car buyers. Every single second, day and night, three users access one of our sites for advice, reviews and car deals.