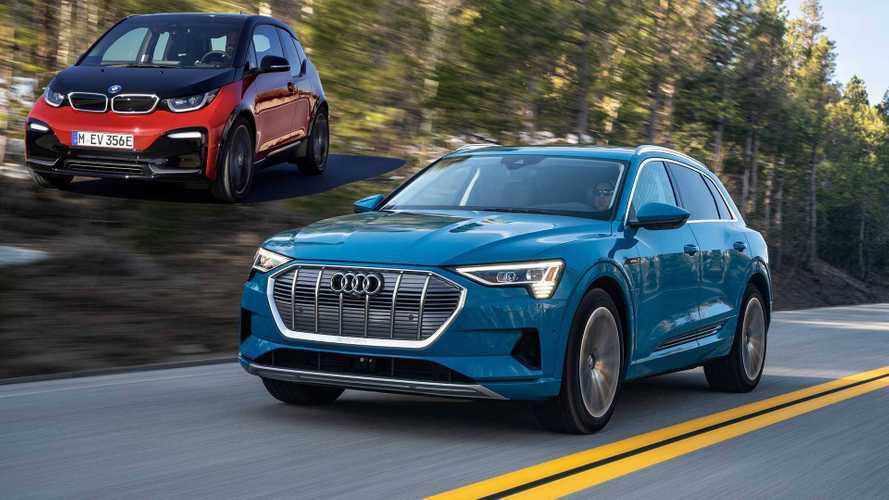 Some new models were added to this updated list.

Back in November 2018, we told you the British magazine What Car? had put some electric cars to their own test methods in order to find which EV had the longest range of them all. Instead of publishing an entirely new article each time, What Car? just updates the first one with new vehicles that it happens to test. The latest iteration of the original text brings us some new EVs, such as the Audi E-Tron, the BMW i3 120-Ah and, surprise, a Tesla Model X P100D. No sign of the Model 3 so far, especially because it has just been released in the UK market. Don't ask whether the Tesla Model X made it to the top unless you want to be disappointed.

***UPDATE: What Car? has since tested the Model 3 and the Mercedes-Benz EQC as well, but the Tesla is still behind the I-Pace and the Kona. Something we have tried to explain with this new article.

If you have a look at our first article, you’ll see that there were no substantial changes. At least not in the positions that really matter. The first three ones are still with the Hyundai Kona 64-kWh, the Jaguar I-Pace, and the Kia Niro EV, these last two tied with the exact same range.

The Model X 100D had just taken the 4th place from its brother, the Model S 75D. But the Model 3 Performance decided to have it instead, with 239 mi of range, leaving the Model X in 5th place.

With the testing of the Mercedes-Benz EQC – with a 208 mi range, according to the magazine tests – the sedan ended up in the 7th place. The Audi E-Tron and the BMW i3 120-Ah got respectively the 8th and 10th place.

Besides testing the Model 3 Performance, What Car? also spent some time with the Model 3 Standard Range Plus, which achieved a 181 mi range, according to the magazine. Tests gave it the 9th position. The E-Tron achieved a range of 196 miles. The i3 120-Ah managed to run 165 miles on a full charge.

Just like before, we judged it useful to compare the ranges obtained by What Car? and the ones EPA informs. Even considering the magazine’s test protocols look transparent and technically accurate, the differences probably cannot be credited merely to a matter of methodology. They are way too high: Tesla models lag behind by around 50 miles of range in the tests performed by What Car?. When we get to the I-Pace and the Niro EV, they get around 20 miles more than in EPA ratings.

That leaves us with a bunch of unanswered questions. The most pressing is: What makes these differences emerge? Why do some cars get longer ranges while others get shorter ones? Do the adopted methodologies help explain the discrepancies? We have tried to solve the mystery with the article on this link, but it still seems there is more to it than we could imagine. In the meantime, check below the updated ranking. The bolded results are the ones obtained by the British magazine.

The biggest loser with the testing of new models is the Kona 39-kWh, which goes from the 5th place to the 11th position. Another new model on the list is the Renault Zoe Q90, an EV that is able to run 132 miles, according to the magazine. As these Renault models are not sold in the US, there is no EPA rating for them. The new generation Zoe will probably change the ranking position again with its bigger 52 kWh battery pack.

By the way, the new Leaf e+, with a 62 kWh battery pack, has also not been tested by What Car?, which just recently published its first review. This is another EV that can affect the British ranking. We just wonder if EPA and What Car? will once again have large differences in their ratings. And why.

Gallery: The EVs with the longest real-world range, What Car? says

Why Has BMW Changed Its i3 Canadian Website After This Client Complained About Range?

Cars That Depreciate The Most