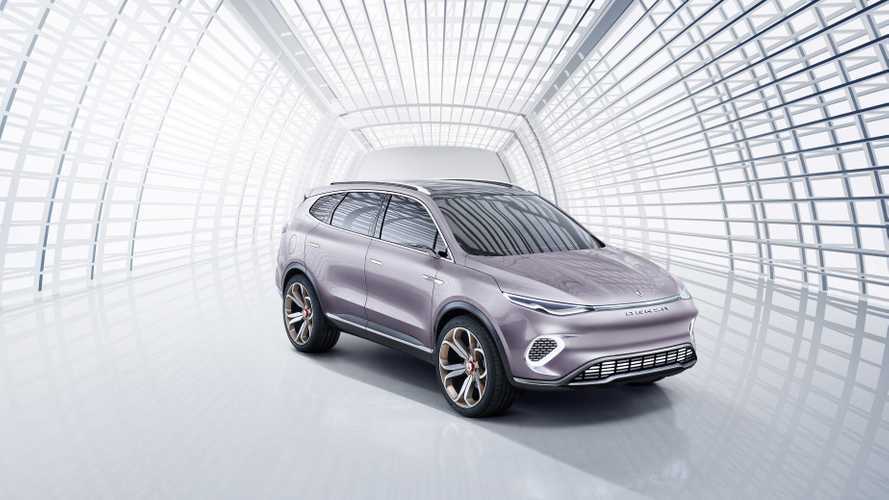 This is 7-seat SUV, which will be available from early 2020 in two versions: all-electric and plug-in hybrid.

We guess that, as in case of the previous single Denza model, BYD provides the batteries. The design, on the other hand, was done by Daimler, which left a sign "Styled by Mercedes-Benz". Denza Concept X looks really sleek (no side rearview mirrors) and modern. It ccould be a big competitor to NIO ES8.

According to Denza, 90% of the concept version will be applied in the production model.

Below you can find images, live photos and video teasers: