Here is the second part of the Rimac Automobili factory tour with Mate Rimac, focused mostly on the upcoming C_Two hypercar, but there are also fragments about Rimac Concept_One.

Mate Rimac shows the complexity of composites production, visits the paint shop and assembly nest where last Concept_One and prototype C_Two are assembled - the production C_Two will be assembled in the future on a new production line.

Moving forward, the tour stops for a while at the battery and in-house built, electric motor dyno testing system. Overall, as always, very interesting stuff developed by a company which formally is less than 10 years old.

8:58 Components and Battery Testing and Dyno 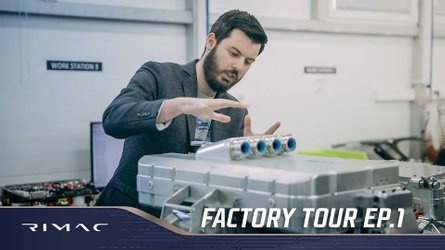 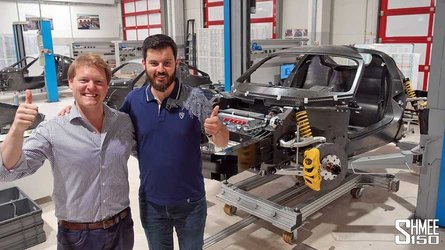 In 2011 Mate Rimac emerged from the garage, and decided to take his one-man-band show on an intense journey. Today, we are a 550+ people team in several locations, growing further strongly. Mate's dream was to show the potential of electric drivetrains and to build the world's most powerful electric hypercar. That is exactly what Rimac is doing today.

In less than 10 years, Rimac grew into an electric hypercar manufacturer, and a go-to address when it comes to high-performance electrification technology, supplying to some of the biggest names in the industry: Hyundai, Porsche, Aston Martin, Koenigsegg, Automobili Pininfarina and more. The company is vertically integrated with many of the components produced in house, what makes a walk through our facilities fascinating.

Follow the series of 4 episodes in which Mate thoroughly takes us through Rimac facilities as they are today, or were back a month ago when this was filmed. The pace of growth at Rimac is hard to keep up with - and as we write and share this, half of the production has already moved to a new facility. In episode 2 we take you through our composites production and paintshop, battery assembly and testing and the place where everything comes together: vehicle assembly.

The next challenge is to grow from a low volume manufacturer of complex high-end electrification components, to an established Tier-1 supplier for the industry. In the new facilities that are currently under way, Rimac is planning new high volume production lines for battery packs, powertrain systems and the C_Two hypercar production starting in 2020.