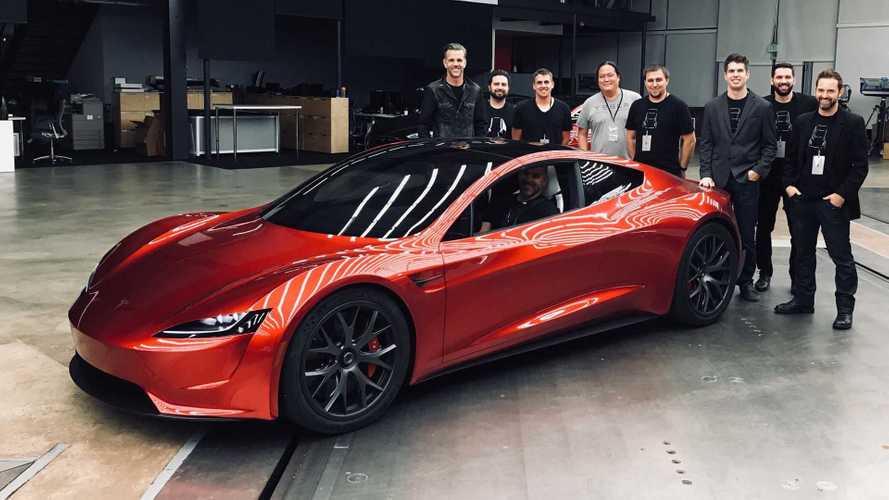 Still as stunning as ever.

Tesla's design center in Hawthorne, California is where the design magic takes place for Tesla vehicles, including the upcoming, new Tesla Roadster and the Tesla Semi.

For a recent interview of Pawel Pietryka, Creative Manager of User Interface Design at Tesla, conducted by the WorkWithUs website, Tesla released some new images of the Roadster, as well as one with the Tesla Semi and design team, too.

The new Tesla Roadster is not only jaw-droppingly gorgeous, but also boasts a hugely impressive spec sheet: When first revealed, Tesla released these insane specs on the new Roadster:

Tesla Roadster Production Likely Under 10,000: Will Beat All Hypercars

The interview by WorkWithUs is definitely worth a read, so be sure to check it out in its entirety here. Below, we've included just a b brief snippet from the interview to whet your appetite.

Question: What do you tell your family and friends about Tesla?

Pawel Pietryka: I tell them to drop their dinosaur cars, to stop living in the past, to join the revolution. I try to explain that driving a car (or being driven by it) can actually be fun again.