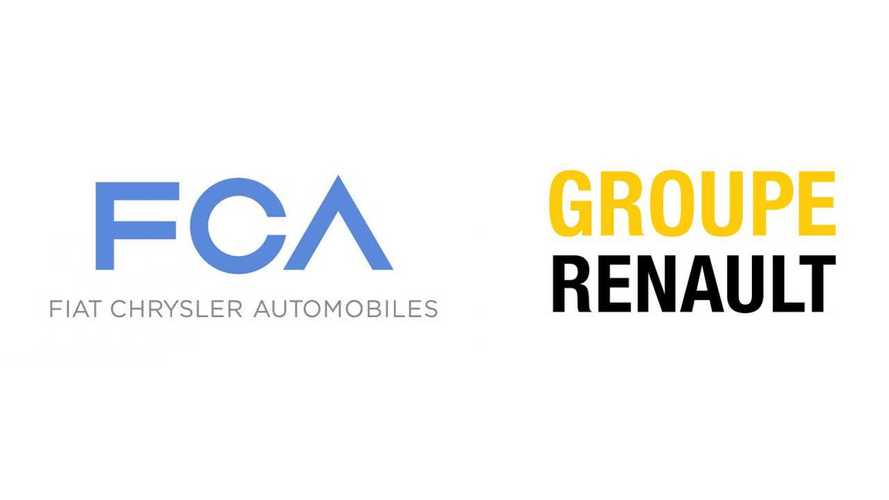 Fiat Chrysler Automobiles (FCA) to merge with Renault Group? Maybe. What will then happen with the Renault-Nissan-Mitsubishi Alliance?

Fiat Chrysler Automobiles (FCA) today officially announced a 50/50 merger proposal to Renault Group, which could result in the creation of world's 3rd largest car manufacturer (some 8.7 million cars per year). The French company confirmed receiving a non-binding letter and is currently analyzing it.

FCA says that there is no intention to close production plants after the merger, but we assume that the business will require deep restructuration. Currently, FCA's profits come mostly from North American RAM and Jeep brands, while Fiat and its several brands seem to be struggling in Europe.

FCA-Renault for sure would be a very strong player thanks to coverage of almost all markets globally and broad offer in all segments. Renault's EV experience could be a major gain for FCA.

"Fiat Chrysler has highly profitable businesses in North America, with its RAM trucks and Jeep brand, but has been losing money in Europe where it may also struggle to keep pace with looming carbon dioxide emissions curbs.

"The centre of gravity for the world’s seventh-largest carmaker has now shifted across the Atlantic. Fiat Chrysler’s North American operations, which include the Jeep SUV brand and the Ram truck, accounted for 85 percent of profits last year."

The deal with FCA could be an interesting offer for Renault, especially because of the situation with Nissan, which seems to not be interested in merger/deeper relations.

It's no secret that the only way for carmakers is to grow fast or consolidate to ultimately just several huge global manufacturing groups, probably with 10-20 million annual sales each. The smaller players will not be able to keep up with technological and emission changes as R&D costs will be too high per car sold to stay competitive.

This press release is for informational purposes only and is not intended to and does not constitute an offer or invitation to exchange or sell or solicitation of an offer to subscribe for or buy, or an invitation to exchange, purchase or subscribe for, any securities, any part of the business or assets described herein, or any other interests or the solicitation of any vote or approval in any jurisdiction in connection with the proposed transaction or otherwise, nor shall there be any sale, issuance or transfer of securities in any jurisdiction in contravention of applicable law. This press release should not be construed in any manner as a recommendation to any reader of this press release.

An offer of securities in the United States pursuant to a business combination transaction will only be made, as may be required, through a prospectus which is part of an effective registration statement filed with the US Securities and Exchange Commission. Shareholders of Fiat Chrysler Automobiles N.V. ("FCA") and Renault S.A. ("Renault") who are US persons or are located in the United States are advised to read the registration statement when and if it is declared effective by the US Securities and Exchange Commission because it will contain important information relating to the proposed transaction. You may obtain copies of all documents filed with the SEC regarding the proposed transaction, documents incorporated by reference, and FCA's SEC filings at the SEC's website at http://www.sec.gov. In addition, FCA will make the effective registration statement available for free to shareholders in the United States.

Fiat Chrysler Automobiles N.V. has today delivered a non-binding letter to the Board of Groupe Renault proposing a combination of their respective businesses as a 50/50 merger.

The FCA proposal follows initial operational discussions between the two companies to identify products and geographies where they could collaborate, particularly as they develop and commercialize new technologies. These discussions made clear that broader collaboration through a combination would substantially improve capital efficiency and the speed of product development. The case for combination is also strengthened by the need to take bold decisions to capture at scale the opportunities created by the transformation of the auto industry in areas like connectivity, electrification and autonomous driving.

The proposed combination would create a global automaker, preeminent in terms of revenue, volumes, profitability and technology, benefitting the companies' respective shareholders and stakeholders. The combined business would sell approximately 8.7 million vehicles annually, would be a world leader in EV technologies, premium brands, SUVs, pickup trucks and light commercial vehicles and would have a broader and more balanced global presence than either company on a standalone basis.

The benefits of the proposed transaction are not predicated on plant closures, but would be achieved through more capital efficient investment in common global vehicle platforms, architectures, powertrains and technologies. FCA has a history of successfully combining OEMs with disparate cultures to create strong leadership teams and organizations dedicated to a single purpose. Therefore, FCA's Board strongly believes that this combination, which would have the scale, expertise and resources to navigate the rapidly changing automotive industry, would create new opportunities for employees of both companies and for other key stakeholders.

Under the terms of the proposal, shareholders in each company would receive an equivalent equity stake in the combined company. The combination would be carried out as a merger transaction under a Dutch parent company. The Board of the combined entity would initially be composed of 11 members, with the majority being independent and with equal representation of four members each for both FCA and Groupe Renault, as well as one nominee from Nissan. Further, there would be no carryover of existing double voting rights. However, all shareholders would have the opportunity to earn loyalty voting rights from the completion of the transaction under a loyalty voting program. The parent company would be listed on the Borsa Italiana (Milan), Euronext (Paris) and the New York Stock Exchange.

The benefits flowing from the combination of the two businesses would be shared, 50% by current FCA shareholders and 50% by current Groupe Renault shareholders. Before the transaction is closed, to mitigate the disparity in equity market values, FCA shareholders would also receive a dividend of €2.5 billion (see Appendix). In addition, prior to closing, there would be a distribution of Comau's shares to FCA's shareholders or an incremental €250 million dividend if the Comau spin-off does not occur.

Combining the businesses will bring together complementary strengths. The combination would create a brand portfolio that would provide full market coverage with a presence in all key segments from luxury/premium brands, such as Maserati and Alfa Romeo, to the strong access brands of Dacia and Lada, and would include the well-known Fiat, Renault, Jeep and Ram brands as well as commercial vehicles. Groupe Renault has a strong presence across Europe, Russia, Africa and Middle East, while FCA is uniquely positioned in the high margin segments in North America and is a market leader in Latin America. FCA's evolving capability in autonomous driving, which includes partnerships with Waymo, BMW and Aptiv, is complemented by Groupe Renault's decade of experience in EV technology where it is the highest selling EV OEM in Europe. Groupe Renault also has a well-established and profitable financing business (RCI Banque).

The combination would be highly value accretive for both FCA and Groupe Renault shareholders, delivering in excess of €5 billion of estimated annual run rate synergies, incremental to existing Alliance synergies. These synergies would arise principally from the convergence of platforms, the consolidation of powertrain and electrification investment and the benefits of scale. FCA estimates based on its experience, that approximately 90% of synergies would come from purchasing savings (~40%), R&D efficiencies (~30%), and manufacturing and tooling efficiencies (~20%). Included in these estimated savings would be the potential to reduce the combined number of vehicle platforms by approximately 20% and engine families by approximately 30%. The full run rate of estimated synergies is expected to be achieved by the end of year six following closing, with about 80% achieved in year four. Taking into account the impact of the approximately €3-4 billion in cumulative implementation costs, it is estimated that the synergies would be net cash flow neutral in year one and positive from year two onward.

Geographically, based on FCA and Groupe Renault's 2018 global sales, the combined company would be #4 in North America, #2 in EMEA and #1 in Latin America and would have the increased resources necessary to grow its footprint in the APAC region. On a simple aggregated basis of 2018 results, the combined company's annual revenues would be nearly €170 billion with operating profit of more than €10 billion and net profit of more than €8 billion.

This proposal offers the opportunity to create the #3 global automotive company with broad, complementary and strong brand and geographic presence and important strengths in transforming technologies. It also confirms and enhances the value of the existing Alliance and its potential to become even stronger in the future. While there is no certainty that this proposal will result in a transaction, the Board of FCA has strongly supported and approved the proposal which will now be reviewed by the Groupe Renault Board of Directors. The definitive agreements for the proposed combination are subject to negotiation and to final review and approval by the FCA and Groupe Renault Boards. Completion of the proposed combination would also be subject to customary closing conditions, including approval by each company's shareholders, as applicable, and the satisfaction of antitrust and other regulatory requirements.