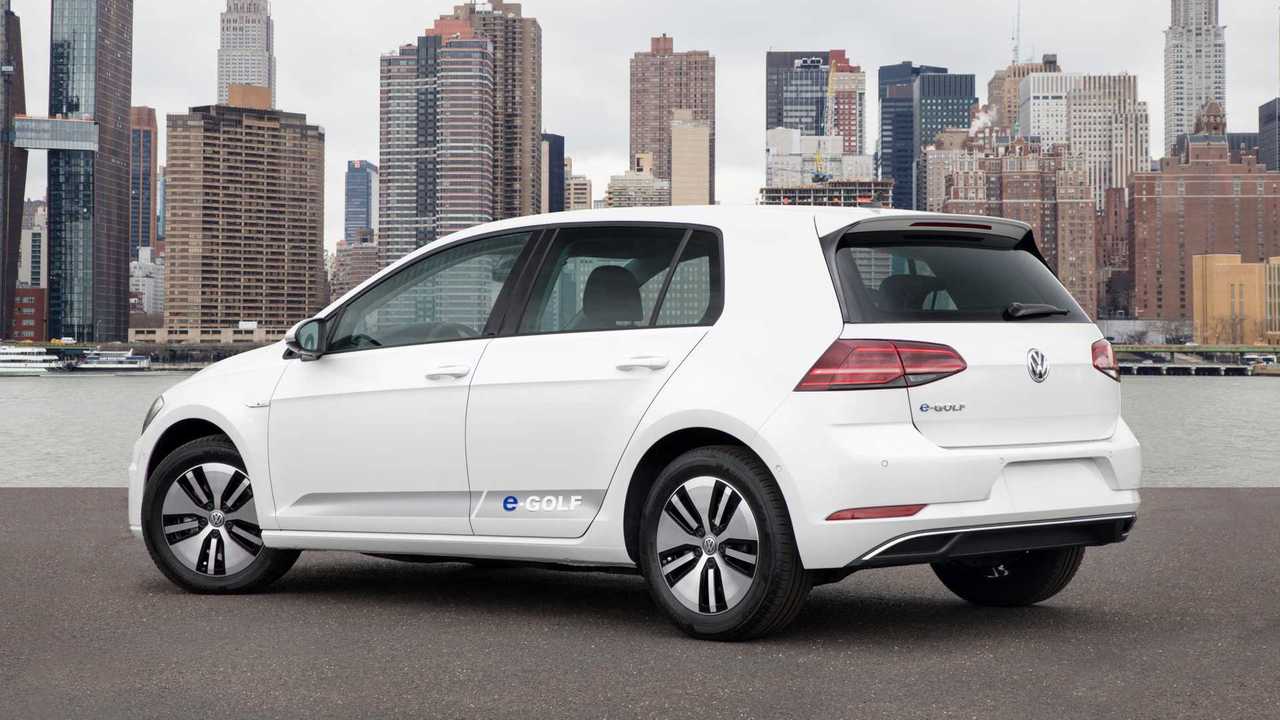 There won't be a replacement for the e-Golf in North America, at least in the short term

Amid news of the Volkswagen Golf line being pared down in the U.S. when the 8th generation arrives, one thing is very certain: the e-Golf is dead after 2019.

While still arriving from Wolfsburg to U.S. dealers, a VW of America spokesman told InsideEVs Friday there won't be any cars badged as 2020 models, and the brand would be without an EV until the Tennessee-built I.D. Crozz goes on sale likely as a 2021 model. We knew back in 2017 that the e-Golf would be replaced by the I.D. hatch (formerly Neo), but it was later revealed the first I.D. wouldn't be coming to the U.S.

Next VW I.D. Family Member Could Be A Rugged Off-Road EV

It's not a big gap, mind you, but the I.D. Crozz is definitely not the compact hatchback e-Golf drivers are familiar with. And being that the Golf-sized vehicle is iconic for VW, the head of the brand's design floated the idea Friday that it could come to the States one day. Klaus Bischoff said, to an audience at the Petersen Automotive Museum's Future of the Automobile conference in Los Angeles, that the I.D. hatch could come to the U.S., "if Americans want it."

"In theory, the ID. hatch could come here," the VW of America spokesman said in an email following Bischoff's talk.

And anyway, VW's U.S. arm is busy with plans to launch the Crozz, as well as the Microbus-shaped I.D. Buzz and another larger MEB platform-based vehicle. Like its gasoline-powered vehicles, the company is sending more SUV-shaped EVs to bank on the type of vehicle Americans are buying more of today.