Tesla Q1 2019 Earnings: What's The Story Behind The Numbers?

Tesla reports a bigger financial loss than many anticipated, but it's relentlessly pushing forward. 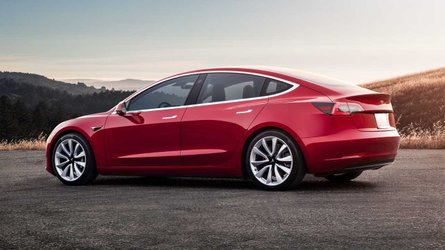 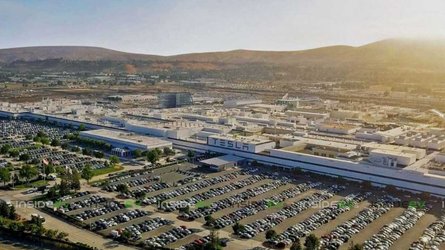 Tesla is looking to launch its own proprietary insurance product very soon according TechCrunch. Tesla has an “information arbitrage opportunity,” Musk said referring to the vast amounts of data being gathered from Tesla's fleet of Autopilot-enabled vehicles. He said, "As we launch our own insurance product next month, we will certainly incorporate that information into the insurance rates... It will be much more compelling than anything else out there.” Above: Tesla's current vehicle line-up in production today (Image: Tesla)

In addition, it's reported that Tesla remains bullish on its Powerwall and Powerpack business in 2019. Battery storage products were "limited by cell production as we routed all available Gigafactory cell capacity to supply Model 3,” the company wrote in its shareholder letter. But Tesla thinks its energy business could grow by as much as 300 percent, according to Musk. “We hope that growth rate will continue and battery storage will become a bigger and bigger percentage over time,” Musk explained on the earnings call.

Tesla will ramp up the energy side of the business in 2019.

Musk also mentioned plans to smooth out "lumpy" vehicle deliveries based on the company's aggressive international expansion efforts with Model 3. Marketwatch reports, "Tesla is working on balancing out its overseas and North American deliveries, which will put much less strain on Tesla, result in a much better delivery experience for customers, and have a 'very positive' effect on the company’s working capital," according to Musk.

It's also reported that Tesla will continue to add stores, provided such stores have "high foot traffic," according to Musk. That said, the company will close stores with low foot traffic in 2019, he said. Customers will still be required to order vehicles online, and stores will be "essentially information centers," where people could buy Tesla merchandise, test-drive cars, and get more guidance on the company's electric vehicles.

The financial picture at Tesla continues to be spotty as the company experiences growing pains. Reuters reports, "Tesla Inc lost $700 million in the first quarter but predicted it would return to profit in the third quarter." With ambitious plans for China's Gigafactory, Model Y, Roadster, the Semi and Pickup truck — it's clear, Tesla's cash needs will increase. Even though the company ended the quarter with $2.2 billion in cash, Musk admits, "There is some merit to raising capital." He said, "It's probably about the right time."