Electric Car Holy Grail: The Facts Show No One Can Top Tesla

There's really no way to fairly frame it differently. Tesla is way ahead.

While some of us may not be hardcore Tesla fans, or perhaps we even take issue with the automaker for one reason or another, there's really become almost no way to prove it's not incredibly far ahead. C'mon, the Silicon Valley automaker is the one of world's few pure-electric automakers. Not to mention that it's the only brand to have its own proprietary and expansive charging network. 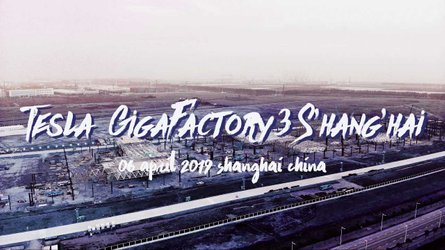 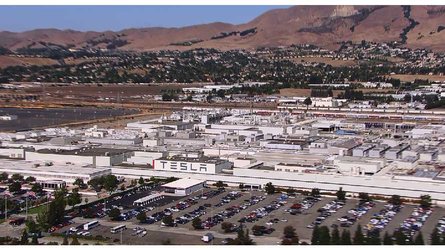 Let's not forget that despite many early claims, followed by multiple attempts from OEMs, Tesla's range continues to dominate on a level that seems almost impossible to live up to. Moreover, the automaker's U.S. monthly sales far exceed any other, and that's now becoming increasingly true abroad. If any other legacy automaker had plans to -- or could live up to -- pushing past Tesla, then it seems they would have done so already. There's no doubt that the resources and finances are available to do so.

We can only hope that Big Auto wakes up and realizes sooner rather than later. We'd absolutely love to see some real competition for Tesla. Check out Sean Mitchell's video above for more details on the subject.

Then, engage with us in the comment section below.

For every new EV that comes out, it becomes apparent that creating a compelling EV that competes with the market leader, Tesla, is not easy. Take for example the Audi E-Tron. Their first electric SUV looks like an Audi and will appeal to their core base. The driver’s display and infotainment system of the vehicle are nearly identical to their gas-powered siblings. However, the EPA range that was recently released comes in at 204 miles on a 95 kWh battery pack. Jaguar’s all electric challenger, the I-Pace, has a 90 kWh battery pack and yields 234 miles. Though Porsche’s Taycan has yet to be released, the 311 mile NEDC range is expected to drop to 240 to 250 EPA miles.

Tesla, on the contrary, has offered a 265 mile battery since 2012 with their 85 kWh pack. It wasn’t until 5 years later, in 2017, that we saw another automaker cross the 200 mile barrier, the Chevy Bolt with 238 miles of range. Since then we’ve seen a whole host of automaker come out with 200+ mile range options. However, none of them has yet to get even close to Tesla’s current top end battery technology.

In August 2016 Tesla introduced the 315 mile Model S P100D. That following January 2017, the non-performance Model S 100D was introduced with 335 miles. The Model X variants followed a similar timetable with ranges of 289 and 295 mile, respectively. It doesn’t end there. Tesla’s top end range for their more affordable Model 3 is 325 miles and a battery pack estimated to be around 75 kWh. Including the upcoming Model Y, 10 of the 12 vehicles Tesla sells currently have 300 or more miles of range.

This raises the question, if Tesla does not have a competitive advantage - why do we see such a large gap between what Tesla offers and other standing automakers?

I think it boils down to two unique factors: 1) Range - how far can you travel on a single charge? and 2) Charging - how long does it take to charge?

As we factor in EVs scheduled to come out this year or next, there is one automaker that I’ve been keeping a very close eye on - Rivian Automotive. In November 2018 Rivian stunned the EV community by announcing they’d be delivering in late 2020 and 2021 a truck and SUV with more than 400 miles. They will do this by stacking two layers of batteries together with a chiller plate in between them to keep the pack cool.

Looking at the list of current and soon coming EVs, the top 10 is dominated completely by Tesla and Rivian. It’s not until you consider the top 20 that you see other automakers. Some, like Audi and Mercedes don’t even make the top 20.

In almost every category, Tesla is the leader in efficiency. Somehow they’ve found a way to make a beautifully aerodynamic vehicles with energy dense battery cells.

The second part to the EV holy grail is charging. Though 90-95% of charging typically takes place at home in a garage, charging network and speed are huge considerations for those looking at EVs.

If you’re considering buying an EV and you either do a lot of driving or travel on long road trips, charging network and the speed at which an EV charges could not be more important. This is because, depending on the type of EV you buy, it may not be feasible.

I took a trip from Denver to LA last month to attend the Model Y event. If I did not have a Tesla, this is what my CCS charging network would have been. I could have added in slower charging to the map but then I wouldn’t not have arrived to the event in time.

That’s just density of charging network, let’s also talk about the speed of charging. Not all EVs can take a high rate of charge.

However, this is where I see a sliver of hope. Most new EVs, especially higher end ones come with the CCS standard. Porsche says the Taycan will have a 350 kW rate, Rivian will do 160 kW, the Polestar 2, Mercedes EQC, and Audi E-Tron will do 150 kW. All of the aforementioned EVs will be faster than Tesla’s current Model S and X 120 kW charge rate and their expected bump to 145 kW. If Tesla upgrades the S and X to Model 3’s charge rate it will push ahead to 250 kW.