It's not out to impress on paper, as the automaker manages real-world expectations.

The Audi e-tron now has an EPA estimate for its electric range ahead of its U.S. on-sale date in May. Long billed by pundits as Audi's long-awaited answer to Tesla, the government agency's range figure won't have anyone shaking up in Palo Alto. Or Coventry. 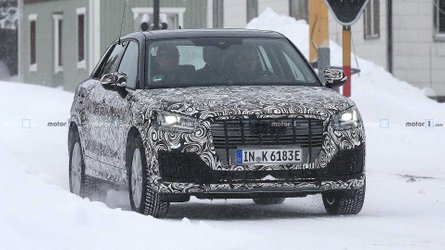 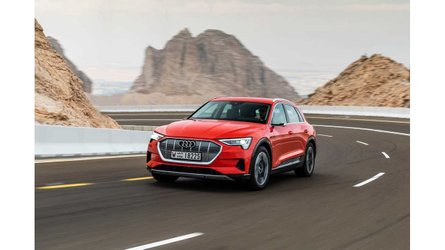 Audi said Thursday the e-tron will have an estimated 204-mile range for the U.S. market. That pales with the Jaguar I-Pace's 234-mile range estimate and the Tesla Model X's 295-mile figure on the most-efficient 100D model. It even comes up short against the Chevrolet Bolt and Hyundai Kona, just to name a few. Not a great look for an EV with a 95-kWh battery and a $75,000 base price. But Audi says that burying the bigger picture of the e-tron, which should be charge time and real-world range.

The automaker said in its press release that the e-tron uses 88 percent of its 95-kWh capacity for, "battery longevity, repeatable performance and peak charging power for longer amounts of time during the charge cycle." And Audi claims with a 150-kW charger, the e-tron can add 54 miles of range in 10 minutes, or 163 miles in 30. Being part of the Volkswagen Group, Audi is also leveraging the growing Electrify America charging network with the capability to charge at up to 350 kW, with a network of 2,00 chargers in 42 states planned to be in place by the end of 2019, the company said.

So while the e-tron may not have the most spectacular numbers from the EPA – even the California Air Resources Board got 277 miles out of one –  Audi hopes its talk about real-world driving and quick charge times will satisfy the rational side of buyers, who can then get excited about the Amazon Alexa integration, towing capacity and that it isn't just another Tesla.