Can the Model 3 do more than one lap at the Nurburgring?

There's only one way to find out.

Teslas aren't typically known for the ability to sustain high rates of speed for a long period of time, but the Tesla Model 3 Performance is more suited for this than the Model S.

More From The Ring 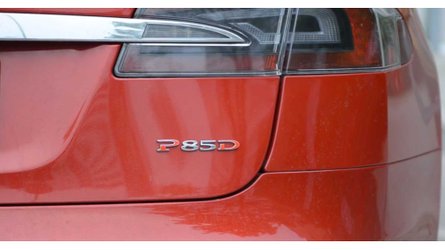 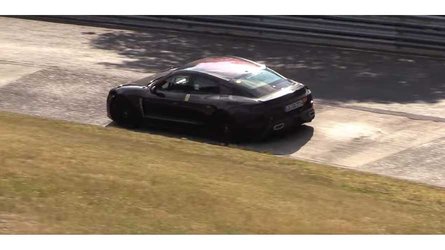 Overheating is the usual outcome when a Tesla attempts a sustained high-speed run, but the Model 3 has vastly superior cooling than does the Model S and X. Therefore, the Model 3 is more capable on a long track like the Nurburging. However, the brakes aren't up to the task, but we knew that from previous tests too.

Read the long video description below and click play in the clip above to see how the Model 3 Performance fares at the famed Ring.

Model 3 Performance version, 2.4 bar before and after cold tire pressure, two people in the car, 90% power.

Energy consumption of 70kwh per 100 kilometers.

A total of two laps, less than half of the first lap of the brake alarm temperature is too high, but also can feel the obvious thermal attenuation, the second half of the 遛 bending method, try to slow down by sliding, the final BTG score of 9 points.

The control level is very pleasant, the steering is accurate but the road is lacking, the front of the car is very responsive, the rear is also active, the car feels very whole, the front and rear 235 meters of the ps4s tires can also provide enough grip, the pusher phenomenon is not obvious.

The suspension has some extra shaking for the multi-undue track of the North Ring, but the low center of gravity does not give me the feeling of fear. The distribution of the four driving forces in the bend is also very intelligent. The dynamics of the process car in the cornering is well predicted, and the oil will not be pushed out when the corner is turned.

The obvious short board when braking, the power of the car is stronger than the brakes. If there is a good braking system, it is irresponsible to predict that the professional media test in the whole circle can be around 8 points.