The new electric crossover will see a lot of competition

While we are witnessing proclamations and denials on the prices of Model S, Model X and Model 3 we are getting closer and closer to the presentation of the Tesla Model Y (scheduled for March 14 - today), the fourth model to enter the list of the House founded and led by Elon Musk. An absent strategic model (as Tesla tradition) in a great event like the Geneva Motor Show to become the sole protagonist of a dedicated event. 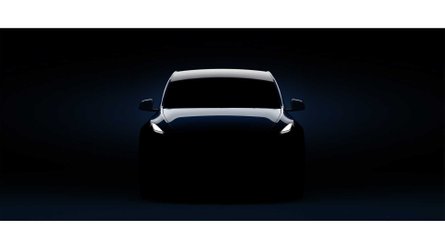 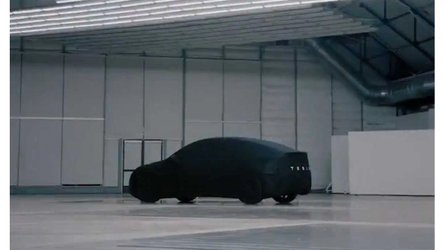 Just like Apple does, specializing in snubbing fairs like the CES in Las Vegas or the MWC in Barcelona, preferring to organize the WWDC (Worldwide Developers Conference) or other events where the only protagonist is the Bitten Apple. But the parallels between the two companies do not end there.

***Editor’s note: This range test comes our way via our fellow scribes over at Motor1.com Italy. It’s translated directly from Italian and we tried our best to leave the original character of the article and its wording intact.

Between optimism and reality

If in fact at the beginning Apple was leading the smartphone world with the different generations of iPhones, able to sell tons of pieces per second, now it suffers from the competition, sales are falling and being able to amaze is increasingly difficult.

The same is likely to occur on Tesla's side. At the beginning, in fact, the electric cars of Elon Musk played almost another sport compared to the traditional car houses, still linked to the classic combustion engines. Of course, sales have never reached the numbers of the giants of the industry, but year after year they have done better and better, especially thanks to the Model 3.

The Model Y will surely give a further boost, but as with the iPhone, the competition is now fierce and above all very numerous. How much? Just take a look at the price lists and electric news presented at the Geneva Motor Show to get an idea.

Just yesterday there was talk of future electric models that the Volkswagen Group will launch from now until 2028. A battery invasion that will also include more or less direct competitors of the Tesla Model Y. There will be, for example, the standard version of the Seat el-born, coming in 2020, based on the Volkswagen Group's MEB platform. A zero-emission crossover capable of traveling about 420 km on a single charge.

The MEB platform is again the protagonist with the Audi Q4 e-tron, a 4.59-meter SUV with production forecast for 2020 and autonomy - calculated in the WLTP cycle - of about 450 km. Remaining in the VW Group there will also be the Volkswagen ID, the first electric car of the House of Wolfsburg and expected to debut at the next Frankfurt Motor Show. For her we talk about 3 versions with different batteries that can travel 330, 450 and 600 km respectively.

The Korean Hyundai Kona Electric and Kia e-Niro are already here. The first was the efficiency champion in our super test with the 6 best-selling electric cars in Italy , with 13.1 kWh consumed every 100 km and a declared range (WLTP) of 449 km, not far from the 435 registered in our test. The starting price is € 37,500 for the 39 kWh version and 42,500 for the 64 kWh version.

Double battery version also for the Kia e-Niro, coming next July, capable of covering 289 with 39.2 kWh and 455 with 64 kWh batteries. Prices are yet to be confirmed but those of the "cousin" signed by Hyundai should be replicated: 38,000 euros for the first and 42,000 euros for the second.

Do you remember the Apple presentations and the "one more thing" with which Steve Jobs loved to close (wonderful) his speeches? Here, just that "extra thing" could be the winning weapon of the Tesla Model Y. To really impress an audience now accustomed to electric cars tomorrow Elon Musk will have to come up with something. But what?

We know that from the parts of Palo Alto they focus so much on the Autopilot, or rather the semi-autonomous driving system that already moves (not without some trouble) Model S, Model X and Model 3 and with Model Y could get some further refinement, a new functionality never seen before. Inserting vintage video games or entertainment systems for 4-legged friends is not enough to warm over the heart of motorists.

The wow effect could come from the price, even if the same Elon Musk has turned off in the bud any enthusiasm declaring that the Model Y will be 10% bigger than the Model 3 (with which it will share the platform) and therefore more expensive. The sedan will therefore remain the cheapest Tesla on the market with its $ 35,000 version.

By: Massimo Grassi
++
++
Got a tip for us? Email: tips@insideevs.com