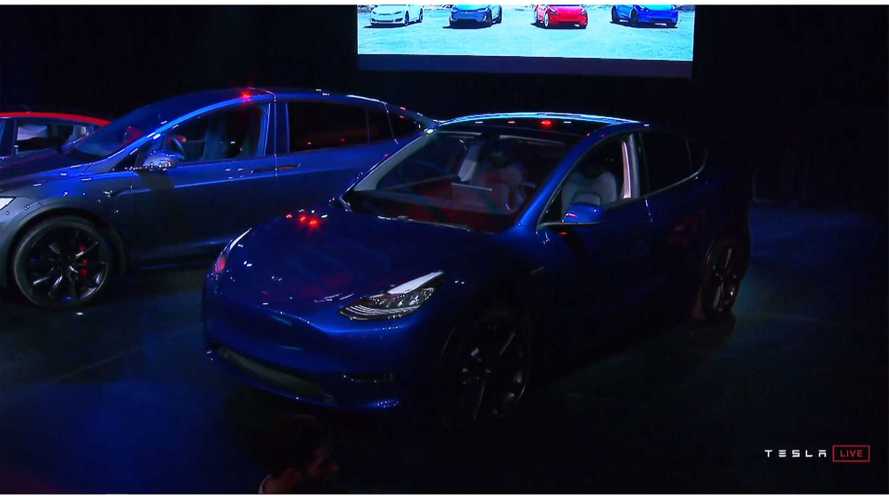 Tune in here to watch the live reveal of the Tesla Model Y.

Livestream begins at 11 PM Eastern, 8 PM Pacific, but festivities start before the main event. We've included a pre-show and post-show video down below. The highly anticipated electric Tesla CUV is sure to be hot.

Link from Tesla for livestream on Tesla.com

The latest Model Y rumors, predictions and related news seem to suggest it will have a base price of around $45,000, which is $10,000 more than a standard Tesla Model 3.

It's expected that Tesla will formally announce some sort of official pricing tonight, as well as reveal detailed specs on the Y.

We have several InsideEVs contributors who will be attending the event in person, so stay tuned for even more coverage from the live reveal.

Prior to the reveal of the Model Y, a pre-show stream should be available directly below via Model 3 Owners Club on YouTube. Watch for that video to go live below.

Connection-permitting, join us live from Hawthorne CA as we live stream the pre-show outside the event. Meet personalities and watch the festivities!

Following the reveal, friend of the site Sean Mitchell hopes to livestream the after events, which should include views of the Y and even test drives. Watch for that video to go live below.