What Can We Learn From This Extraordinary Tesla Road Trip? 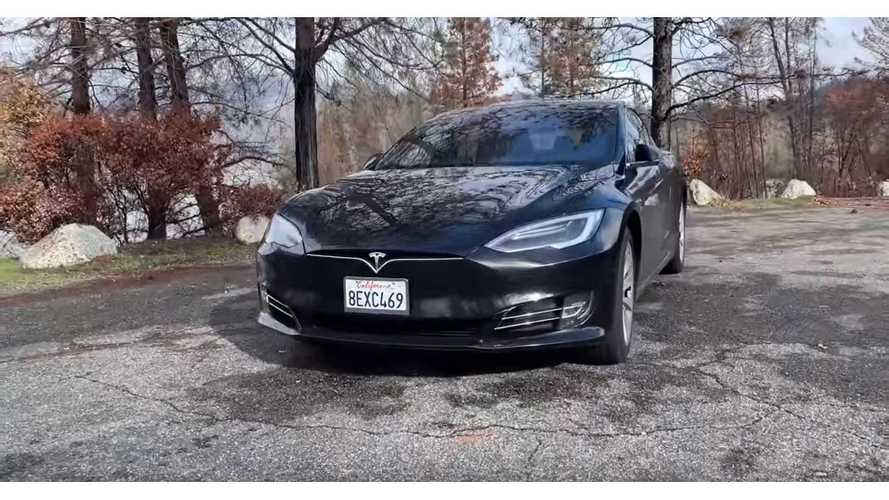 Guest Contributor: Steve Sasman*; Editor's Note: Driving both an older Model S and new Model 3, Steve went on an epic 48-state road trip visiting 107 Tesla stores and meeting over 500 Tesla employees. Here, Steve recounts some tips, tricks, and hacks driving his Tesla on road trips (and at home). Stay tuned for upcoming posts on Steve's craziest road trip tales and a comparison of traveling such long distances in a Model S vs. a Model 3.

Road Tripping And No Tesla Supercharger? This Hack Is the Answer

*This article comes to us courtesy of EVANNEX (which also makes aftermarket Tesla accessories). Authored by Steve Sasman. The opinions expressed in these articles are not necessarily our own at InsideEVs.

Above: Car Camping on a ranch in Oregon thanks to a fellow Tesla enthusiast Tim Lussier (Photo: Steve Sasman*)

But first, let's review some stats. Tesla has (once again) proved how thrifty it can be when it comes to road trips — especially if traveling solo or with someone you are very comfortable snuggling up with on a twin size air mattress.

So... after driving a Tesla through 48 states, what exactly were my road trip stats— including my overall savings on lodging?

Okay, so what were some of my favorite Tesla road trip hacks?

Car camping is a great way to stretch your travel dollar… except for one minor detail.

That is where Planet Fitness comes in. For a mere $20 a month, you get to do two things that are really welcome on the road. The first is a good solid workout. The second is a clean shower. Planet Fitness has so many locations  —  even some at Superchargers and the price was so low it felt like I was stealing every time I went. Oh, and that’s not even counting the free massage chairs they offer which are remarkably good!

This app comes in handy for finding places to Car Camp overnight.

John, who joined me on the trip, turned me on to this hack. Soylent is a “complete meal in a bottle” with supposedly the right balance of nutrients to replace regular meals. But is this something you should eat every time?

A big chunk of the joy and adventure of a road trip comes from trying as many of the local flavors as possible. However, let’s be honest. At some stops, your options may be limited to a crappy fast food joint. This is where Soylent (or similar product) comes in. Skip the unhealthy garbage and save your money for some tasty local food at the next stop.

Not only have I done two 48 State Road Trips at my own expense, I now own three Teslas at home that I rent out on Turo in order to give people extended test drives, and, let’s be honest… to be able to afford them. I’ve had over 250 rentals, which is a lot of time prepping the car and then meeting each renter.

Above: My Model S used for Uber, Lyft, and Turo (Image: Tesla Renter)

I’ve also been doing Uber/Lyft for 4 years and have given 1,600+ rides. I constantly answer loads of questions and impress people with the low maintenance costs and ability to road trip anywhere. My Model S now has 186,000+ miles and I’ve still only spent $5,000 on out-of-pocket on repairs. Read my original article, How I Used & Abused My Tesla, for the raw details including my first 48-state trip and my viral “Airbnb Tesla Hotel” that got worldwide press.

Ubering alone has probably resulted in numerous Tesla sales that I don’t know about or have gotten referral credit for — simply having that great interaction in an Uber certainly caused some to walk into a Tesla store when they would not have before.

I’ve spent a crazy amount of time promoting Tesla because I want others to experience what I know to be true: The future is electric. It’s just a better product in so many ways. It’s faster, safer, more practical, less expensive to maintain and it's a smoother, more powerful driving experience.

And, as all my friends working at Tesla stores already know, once someone gets a test drive, it’s game over…the vast majority will place an order. The car is that good.

*Steve Sasman is a Tesla experimenter and 48-state road tripper at TeslaRenter.com; he's also a sharing economy enabler at FlagstaffRentalCabin.com.