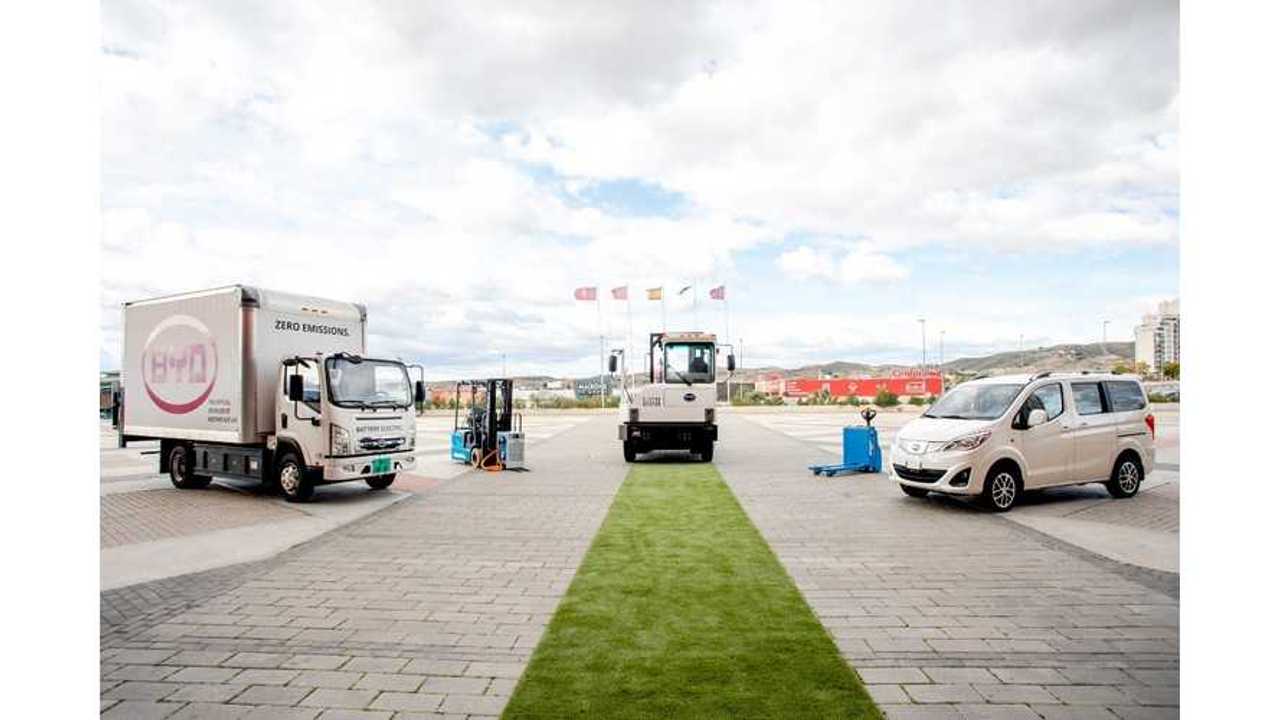 In Europe BYD expands from buses to trucks and vans

The trucks and van were already sold in China and some other markets, but not in Europe. In the case of forklifts, sales in Europe are counted in thousands.

"The event in Murcia was hosted by both BYD and dealership Tomi Maquinaria, a key electric forklift truck dealer for BYD in the Spanish regions of Murcia and Almeria. Guests included representatives from local and regional Spanish government, logistic companies and dealerships."

According to BYD, the first trucks and vans are just the beginning of a full range of 100% electric light and heavy commercial vehicles.

Patricio Valverde, Counselor of Development and Infrastructure of the Murcia region, said:

"We thank Grupo Tomi for their efforts regarding sustainability and innovation as a tool to reduce the environmental impact, but also to reduce costs and mostly the importance of logistics to achieve those objectives.”

“This is a highly significant step for BYD – the introduction of a whole range of proven and competitive zero emission vehicles spanning key sectors of the commercial vehicle sector. Our previous pure electric products have cemented their position in their respective categories – taxis, city buses (we are now the market leader in Europe and have recently produced our 50,000th ebus worldwide) and forklifts (this year we expect to have completed deliveries of 3,000 units to European customers). We are confident that this fourth product range – etrucks – will also win sales success even though the European CV sector is intensely competitive.”

“Today we are the pioneers in Spain bringing the cleanest technology in the market to our roads. Now it is everyone's duty to take advantage of it and make achievements together and become an example for the rest of Europe.”

“BYD established its European electric truck division in 2018 and has since tested two of its prototype electric trucks across Europe. Spain was chosen as the first pilot market. The premiere of the BYD electric trucks is the start of the roll-out in Europe. Other European regions are soon to follow.”