How Big Diesel Trucks Are Paying For GM's Electric Future 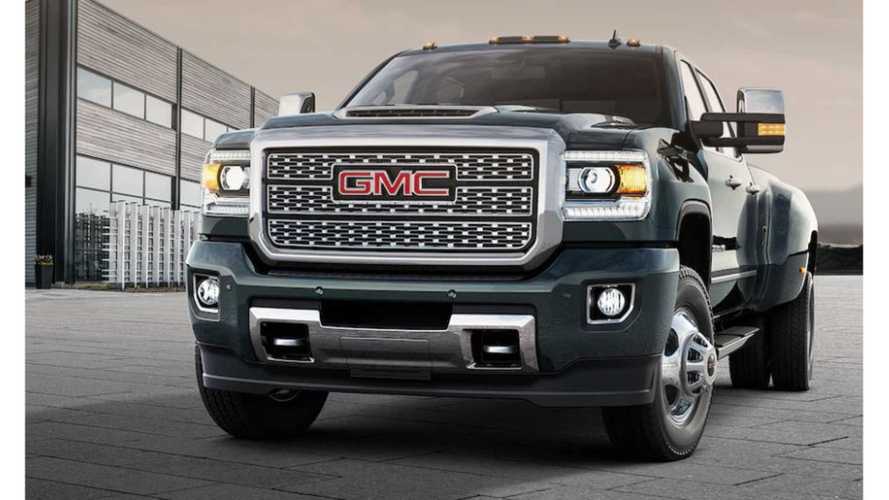 In the real world of automaking, it takes some to make some.

GM just reiterated, once again, that it plans to go 100 percent electric in the future. It has been awhile since we've heard about GM's all-electric efforts, and we were getting a bit concerned, as expected. Surely based on earlier announcements, we figured the Big Three automaker would have already released, or as much as unveiled its next battery-electric vehicle offerings.

But, nope, the situation has been stagnant ever since the automaker came forth with its future plans. We thought, perhaps due to the current administration, the loss of the federal EV tax credit, the potential for more relaxed emissions standards, and the discontinuation of the Chevy Volt, GM had reconsidered. However, CEO Mary Barra came forth recently to announce otherwise.

Depsite all of the above, as Bloomberg points out, the automaker's future still revolves around its full-size pickup trucks: The Chevrolet Silverado and GMC Sierra. GM enjoys a significant profit margin via its current full-size pickup trucks, and a healthy part of that comes from those with diesel powertrains. This is not to mention GM's success with its compact trucks: The Chevy Colorado and GMC Canyon, which both offer fuel-efficient turbodiesel variants.

Thus, while GM has pointed to a myriad of all-electric vehicles that should easily be arriving now or at least very soon, the timeline is pushed back. Nonetheless, despite the above reality, CEO Mary Barra stepped forward this week and said that the company's all-electric efforts are real. However, she did say that GM will lose money on the venture, at least for a time. And, she was unwilling to provide a future timeline.

Perhaps this is because the automaker said it lost some $9,000 on every Chevrolet Bolt EV sold, at least early on. It's clear the Bolt is not what consumers are looking for, despite its long range and crossover-like versatility. While an EV pickup truck could complicate matters even more -- with considerably substantial capital losses -- it seems that may be the real answer for GM.

We can only imagine how well a reasonably priced battery-electric pickup truck might do in the future. Even a highly capable, plug-in hybrid Silverado or Sierra could make huge waves if it arrives sooner rather than later. In the meantime, we need to be careful not to despise GM all too much for ramping up its current gas-powered and diesel lineups in a hopeful attempt to pay for the future.