Base Nissan LEAF e+ To Get More Range Than Uplevel Versions? 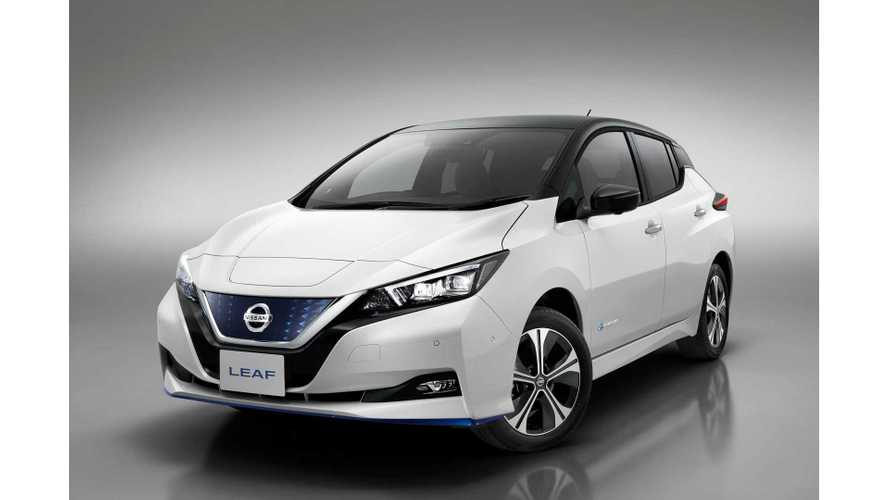 Skip the extras, save some money, and enjoy more miles.

According to a test certificate from the California Air Resources Board (CARB), first referenced by Automotive News, the 2019 Nissan LEAF e+ may have 25 additional miles of range in its base configuration than that of higher trim levels. This discovery makes sense since opting for more loaded models means loading more weight into the vehicle. The article says the base LEAF Plus (which it will be referred to in some markets, including the U.S.) could be about 70 pounds lighter than higher trims.

The EPA has not yet announced official figures, so Nissan made it clear the CARB numbers aren't necessarily "real." Nonetheless, Automotive News reports:

Generally, the EPA-advertised range is rated at about 70 percent of the UDDS range, according to Inside EVs. That calculation would peg the S Plus range at about 255 miles and the SV and SL at about 230 miles.

According to Nissan, the base trim is likely at 226 miles compared to 215 for uplevel trims. All LEAF Plus models come equipped with a 62-kWh battery pack.

It's important to keep in mind that those opting for the base Nissan LEAF e+ will not have to worry about any shortage of features. Like many new vehicles, base products come nicely loaded as compared to older models. Even the base LEAF Plus comes with a praiseworthy mix of desirable safety and convenience features.

Look for the Nissan LEAF e+ at dealers this spring. For now, you can purchase the current LEAF for $29,990. It offers 151 miles of range. U.S. pricing has not yet been announced for the upcoming LEAF Plus, but educated estimates put it somewhere around $36,000, which is comparable to the 2019 Chevrolet Bolt EV's starting price.

Sources: Automotive News, The Truth About Cars, Roadshow by CNET