Tesla's Direct Sales Concept Puts It Ahead Of Traditional Dealerships

Recently, Tesla reignited its fight to sell direct-to-consumer in Connecticut and New Jersey. Some states still refuse to allow Tesla to sell its electric vehicles without doing business (first) with a local franchise dealership. Tesla stubbornly sells its vehicles direct — sans middleman — and doesn't view servicing its own cars as a profit center for the company. 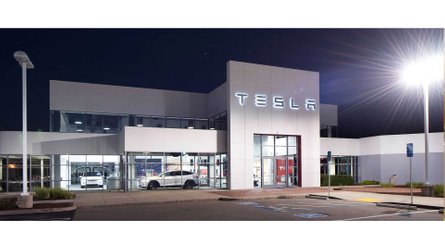 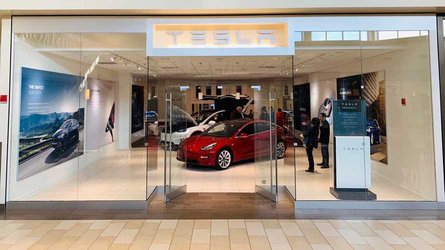 As Spencer Tseng points out via his blog, "When you want to buy a Porsche, you go to a Porsche dealership. When you want to buy a Tesla, you go directly to Tesla. This may appear to be a small distinction, but it is what is going to prevent the current automotive giants from making the fast switch over to electric vehicles."

Above: Elon Musk elaborates on Tesla's approach to direct sales in lieu of the franchise dealership model (Youtube: MrNothingButAir via Tesla)

To demonstrate the difference between servicing a gas-powered car and an EV, Tseng compares the service schedule of a Chevy Malibu against the all-electric Chevy Bolt. For the Chevy Bolt (see below), there's "nothing but rotating tires and replacing the air filter until a whopping 150,000 miles. How are you ever going to make your money?" It's no wonder that study after study demonstrates that franchise dealerships struggle to sell electric cars.

On the other hand, for the Chevy Malibu (see below), Tseng jokes, "Now this is what a service schedule should look like! All those beautiful rows and checkmarks each symbolizing one more thing you can charge your customers for. All of this boils down to is the reality that electric vehicles have incredibly maintenance free drivetrain systems. There aren't spark plugs to replace, oils that need changing, etc. Even brakes are expected to last 150,000-300,000 miles with regenerative braking."

Tseng concludes, "As many dealerships will soon realize, electric vehicles are going to greatly eat into their profits, and we will definitely soon see a battle between dealerships and auto manufacturers over the direction of the auto industry." For EV sales, Tesla's direct to consumer approach enables rapid growth. In turn, Consumer Reports calls it an "inspiration" for the industry. Meanwhile, Big Auto's dealership model dampens EV interest and discourages sales.