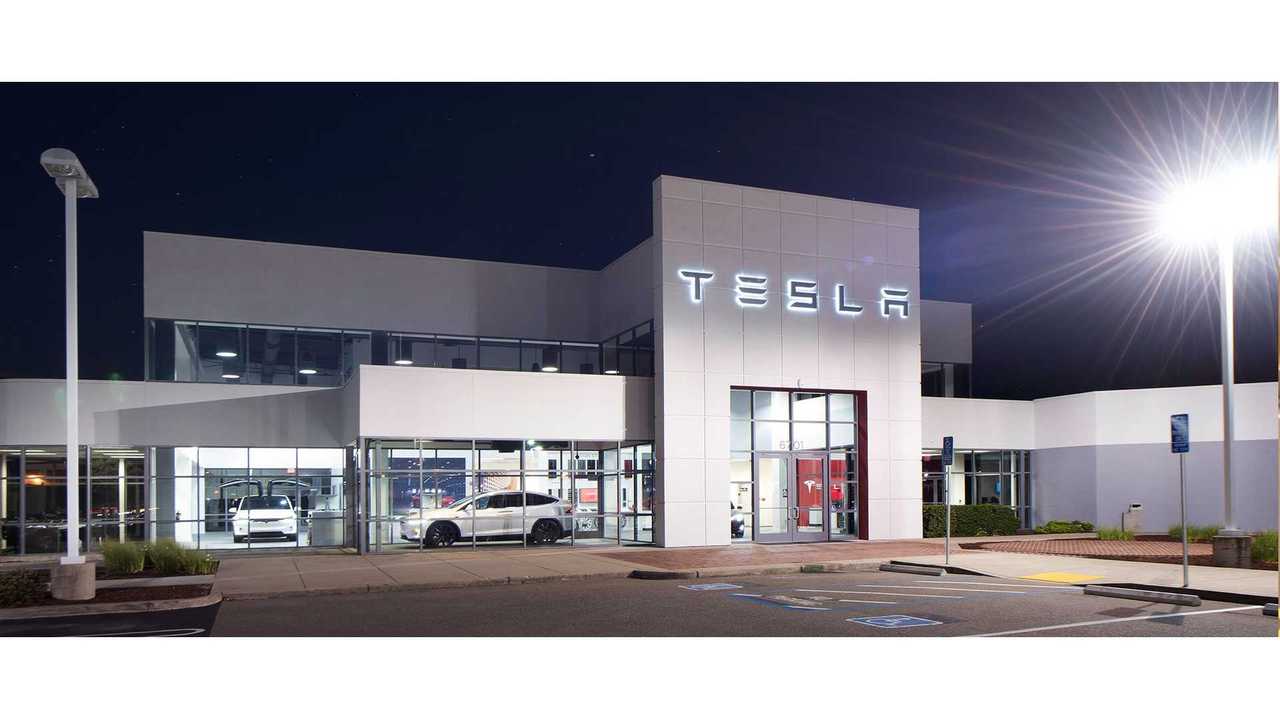 TESLA VS AUTO DEALERS: THE WAR DRAGS ON

Tesla has never felt it necessary to do things the traditional way. When it comes to marketing its vehicles, Tesla tends to take its cues not from industrial-age giants, but from other California-style internet-age companies. This has led to a war with entrenched interests - namely auto dealers, a powerful group both economically and politically. Like the culture wars over marijuana and LGBT rights, this technology war is being fought on a state-by-state basis.

During the Roadster era, Tesla established a few stylish showrooms in trendy retail districts. However, it was only once Model S hit the market that auto dealers began to be concerned about this threat to the established order. Tesla’s direct sales model appeared to be illegal in several states, most of which have laws that prohibit automakers from owning dealerships.

Model X at a Tesla Boutique

In September 2012, Tesla opened its 26th retail outlet near Boston. A legal challenge from the Massachusetts State Automobile Dealers Association was settled with an awkward compromise: Tesla was allowed to open the shop, but would not be allowed to actually sell any cars there. Later that year, dealer trade groups in New York and Massachusetts filed suit against Tesla, and the war was on.

Tesla has good reasons for not wanting to get involved with traditional auto dealers, as Elon Musk has explained:

"Existing franchise dealers have a fundamental conflict of interest between selling gasoline cars, which constitute the vast majority of their business, and selling the new technology of electric cars. It is impossible for them to explain the advantages of going electric without simultaneously undermining their traditional business.
Automotive franchise laws were put in place decades ago to prevent a manufacturer from unfairly opening stores in direct competition with an existing franchise dealer that had already invested time, money and effort to open and promote their business. That would, of course, be wrong, but Tesla does not have this issue. We have granted no franchises anywhere in the world that will be harmed by us opening stores."

Keep in mind that, despite some of the headlines, no one is trying to ban Tesla from selling vehicles. Customers in any state can order a car online, and have it delivered. The war is about whether Tesla can have stores and/or showrooms in a state, and whether sales staff can discuss prices and offer test drives, at those...er...facilities.

Over the past five years, lengthy and complex legal battles have been fought in Texas, Michigan, Minnesota, Pennsylvania, New Jersey, Ohio, Arizona and several other states. Tesla’s opponents are the various state auto dealers’ trade groups, which have plenty of influence in most state capitals and in Washington.

Not only do they generate jobs and tax revenue, but they have long been involved in the political process. Dealer groups have spent over $86 million on state election races across the US since 2003, the year of Tesla’s birth. In Washington, seven members of Congress are auto dealers, and the National Automobile Dealers Association has an annual lobbying budget of about $3 million.

In Tesla’s corner are not only advocates of new technology, but also free-market conservatives. Even Texas Governor Rick Perry has said that the rules against direct sales are a relic of the past, which may eventually be reversed. The International Center for Law and Economics, in an open letter to New Jersey Governor Chris Christie, which was signed by more than 70 economists and law professors, wrote:

“There is no justification on any rational economic or public policy grounds for such a restraint of commerce...It is protectionism for auto dealers, pure and simple.”

In 2013, a White House petition to allow Tesla to sell directly to consumers ultimately gathered some 138,469 signatures (of the 100,000 needed for a response). However, it was only a symbolic victory. The Obama administration responded that (full text here):

“We believe in the goal of improving consumer choice for American families, including more vehicles that provide savings at the pump for consumers. However, we understand that pre-empting current state laws on direct-to-consumer auto sales would require an act of Congress."

The state-by-state battles rage on, and sometimes one side gains a victory, only to suffer a reverse in the next year’s legislative session. In states where Tesla’s efforts have been defeated, it can come back later for another try, as it is now doing in Texas. Lone Star State dealer associations have stymied Tesla’s attempts twice in the past, but the company has now doubled the size of its lobbying team and changed its tactics. The latest bill would allow any manufacturer to sell direct to customers.

“ will allow manufacturers of vehicles any weight, class, size or shape to sell direct to consumers. It’s a simple, free-market bill to allow that to happen,” said State Representative Jason Isaac, who filed the legislation. “I really believe in the next 10 to 20 years we are going to see a complete change in our transportation system, and the last thing I want is any barrier to that technology being available.”

A different philosophy is being pursued in Indiana, where the legislature is working on a new ban on direct vehicle sales by automakers. The Roads and Transportation committee approved an amendment to the bill that creates a special exception for Tesla.

“It’s very clear – it’s not ambiguous – no auto manufacturer may sell directly to the public,” said State Representative Ed Soliday, who introduced the bill. “We grandfathered in Tesla and any manufacturers of motor vehicles that registered before July 1st, 2015. We don’t think there are any other out there, but this makes certain that we are only allowing this kind of sales with people that have demonstrated consumer service and accountability.”

Tesla recently won another battle in Wyoming, where the Legislature has approved a bill that will allow direct sales to customers. The estimated 50 Tesla owners in the sparsely-populated state, which currently has no Tesla store or service center, face a long drive to Denver or Salt Lake City to have their vehicles serviced.

Following a strategy that has worked in the past, Tesla brought a Model S to Cheyenne and took legislators for test drives. The Dinosaurs of Detroit lobbyed against the bill, so far in vain. As the Casper Star Tribune reported, “the bill had detractors, including an organization that represents legacy carmakers , which argued the legislation creates unfair competition. SF57 puts other automakers at a disadvantage because they must continue following franchise code, with its strict dictates on how manufacturers and dealerships do business, said Dan Gage of the Washington-based Alliance of Automobile Manufacturers.”  The bill will now go to the Governor’s office, and Tesla is planning to open a service location in the state.

Meanwhile, a pitched battle is underway in Connecticut, where a bill that would allow direct sales of EVs has been introduced. The state’s Transportation Committee recently held its first hearing on the bill, and the usual pro and con arguments were eloquently stated.

“There are thousands of reservations in the state from consumers that want to buy this car when it goes into production,” said Tesla’s Deputy General Counsel Jonathan Chang in his hour-long testimony. “We want to be able to conduct those sales here in Connecticut, not have those sales go to New York or Massachusetts or some other neighboring state.”

The only opposition came from representatives of local dealers. Jason Vianese, General Manager of a local Chevrolet dealership, conceded that Tesla’s model may be more efficient. “Because they’re cutting out the dealerships and selling direct distribution, what could happen is they would have lower expense structure.” Vianese believes the Chevy Bolt can compete against Model 3, but only through the third-party dealership model. However, a study by the Sierra Club (see below) demonstrates that electric vehicle shopping at Chevy dealerships is not as positive an experience as at Tesla stores.

So, what is the current state of play? It’s tough to say exactly. In many states, existing laws were vague, and both pro- and anti-Tesla bills have been filed to clarify the situation. These bills typically take months or years to make their ways through the legislative process, and are then subject to challenges in the courts.

At the moment, the US map is a patchwork, both in terms of what Tesla is allowed to do and in terms of the legal justification for it. In Massachusetts and New York, where the war began, state courts have ruled that dealer franchise laws do not apply to Tesla stores. Other states, including New Hampshire and Maryland, have enacted laws to specifically permit Tesla stores. Some states, including Virginia, New Jersey and Indiana, allow a limited number of Tesla stores.

According to Daniel Gatti of the Union of Concerned Scientists, states that currently ban Tesla stores include Texas, Michigan, West Virginia, Utah and Arizona, in addition to Connecticut.